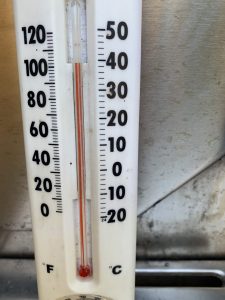 Last night we streamed the Hugo Awards ceremony, conducted at the World SF Convention in Chicago, shown from 6pm our time (8pm in Chicago) until finish — a flat, amazingly brief two hours. (Considering that it’s typical for the ceremonies to be 3 hours or so, and sometimes closer to 4.) It helped that some of the minor awards had been presented beforehand, and no excerpts from the nominated movies and TV shows were included.

I did some basic statistics on the winners, posted this morning at sfadb.com.

What I did *not* do there was point out something obvious that many fans likely noticed. The top categories, at least the top four, were all won by women. If you skip the drama awards, and the fanzine and semiprozine categories (where some nominees claim many, many, editors), 12 of the 13 categories were won by women. As were the two associated awards, Lodestar and Astounding, that aren’t technically Hugos but which are voted right along with them.

This has been going on for some time.

What is going on here? It’s curious that the change from more-or-less balanced results, to results dominated by women, *followed* the year the male right-wingers tried to take over the Hugos. Subsequently, by the way, a rival convention to the Worldcon, Dragoncon — held on the same weekend, most years — has hosted their own awards, the Dragon Awards of course, which are dominated by a more conservative crowd than the one that attends Worldcon and votes on Hugos.

This year’s Dragon Awards (which I haven’t compiled yet), which have seven awards just for various kinds of novels (and none for short fiction), went to three women and six men, considering that one novel had three male coauthors.

The issue of course is what does this *mean*? That the Hugo crowd has become so “woke” that they deliberately favor female authors (not to mention that many of them that are non-white and non-straight; two of the 2022 winners mentioned their wives)? I don’t quite buy that. Rather, I *suspect*, more and more writers of SF and fantasy are not straight white males. The field, like culture in general, is becoming more multicultural. This would align with the gradual ascendance of fantasy over science fiction, just looking at statistics of books published.

Of course awards always favor younger writers just breaking into the field; seniors had their chances decades ago. Younger writers are news. Still, it’s sad when senior writers still producing excellent work are so taken for granted that their latest books are ignored — and this time I mean by the reviewing community — in favor of more ephemeral work. But that is a topic for another time and place.

This entry was posted in Conventions, science fiction. Bookmark the permalink.