Status Today: Recovering Into the Twilight

Here’s a personal status post, about only me myself, with no links to or commentary about the outside world. 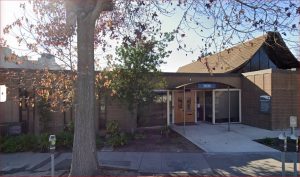 (The photo here is of Sutter’s cardiac rehab center, on Telegraph just south of Ashby in Berkeley, where I’m going three times a week now. It’s obviously a repurposed church.)

Status: my heart/kidney transplants were four months ago today, on May 26th & 27th. After that I was in the hospital another three weeks, and came home on June 16th. I’ve been home almost 15 weeks. Physically I’m doing fine, say 95% fine. Since coming home I’ve back to the hospital once or twice a week for blood draws and clinic visits with the cardiologists, and follow-up hospital procedures (for which I now have to be covid-tested every time) for catheter heart biopsies and exocardiograms. These procedures and doctor visits are tailing off, from once a week at the beginning to now once a month. Eventually they, and some of the prescriptions, will reduce after six months (i.e. in December) to once a month or not at all. The difficult cath-biopsies (painful mostly for when they inject the anesthetic lidocaine, like the one used before dental surgery, into the neck, which stings greatly) may be replaced by blood tests.

The 5% difficulties have included a bladder issue, which I think was triggered by the urine catheter in my body for some 6 weeks, and for which I’ve been prescribed a medication called, in unusually obvious terminology, “flowmax”; a pain in the left leg about a month ago diagnosed as a blood clot, for which I’ve been prescribed Eliquis (which I now note has TV commercials everywhere); and clinical issues leading to (online video appointments) with a hematologist and an endocrinologist, whose responses to symptoms was mostly “keep an eye on it; wait and see.”

Yet in general, all the hospital staff who see me again and again comment about how well I look, each time they see me. Of course, as I’ve mentioned, this might be something they say all the time, to encourage patients. (The idea of ‘lying’ in such circumstances is discussed in that Shankar Vendantam book I blogged about recently.)

Then since about three weeks ago I’ve been attending Cardiac Rehab. I did not do this after my first heart attack and bypass surgery, because I recovered very quickly and there didn’t seem any point. This time, though I can walk and climb stairs easily enough, my endurance, not to mention muscle mass, need improvement. And so I enrolled and have been attended. Their scheme is three times a week, an hour each time, in a site just off Ashby and Telegraph in Berkeley, in a converted church. Fifteen minutes stretching and warm-up/warm-down at the beginning and end, with 30 minutes in between on two different cardio machines for 15 minutes each. A variety of machines, treadmills and exercycles, almost no two of them the same, as if all hand-me-downs from other facilities.

This morning I got a call that the building had suffered water damage due to broken pipes, and there would be no classes this week, until further notice.

At home, I’ve been trying resume my long-term projects — my sfadb rankings; my Black Gate reviews; my work on my book — with only partial success. I have tried not to mention this issue at all, publically. But I have to wonder, how do all the many writers in the world, not just the famous ones, manage to write their books without jealous demands from their partners?