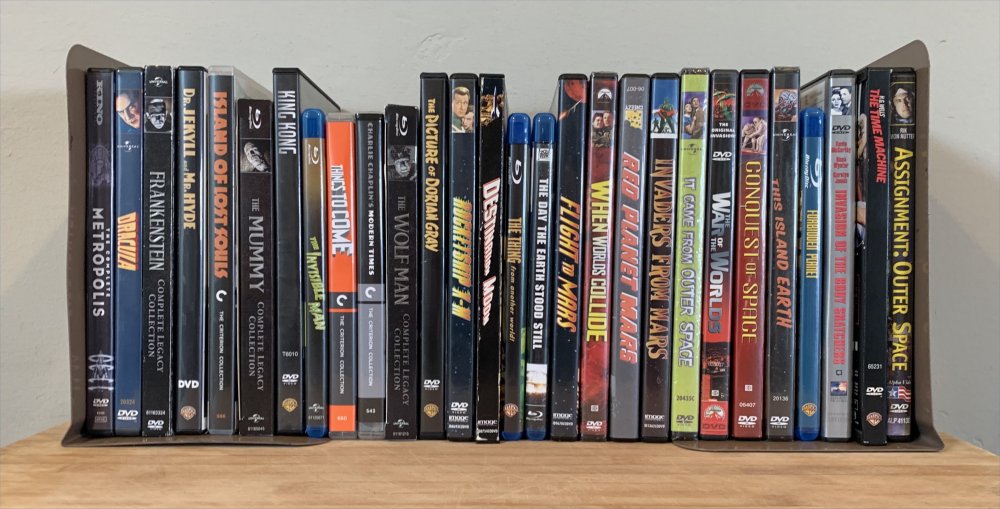 “Skiffy” is a deliberately derisive pronunciation of “sci-fi,” which is a much-loathed abbreviation for “science fiction”; it was coined in the 1950s in analogy with “hi-fi” (that is, high fidelity record players) and its association with the crude science fiction movies of the time made it anathema to writers (and readers) of the usually far more sophisticated SF novels and stories. And “flix” of course is Hollywood headline abbreviation for “flicks,” that is, movies.

Fall 2019: I’ve extended my purview back to the earliest significant SF film, in 1927, and to include the numerous horror films that dominated the 1930s and established so many of the cliches of all later horror and SF films. Here’s a list of those I’m planning to watch in the coming months. As I watch each one, I’ll link my post to my summary and comments.

There was nothing much in horror or SF in the rest of the ’40s; the 1950s were dominated by science fiction films:

These are contemporary SF films I’ve covered on this blog: