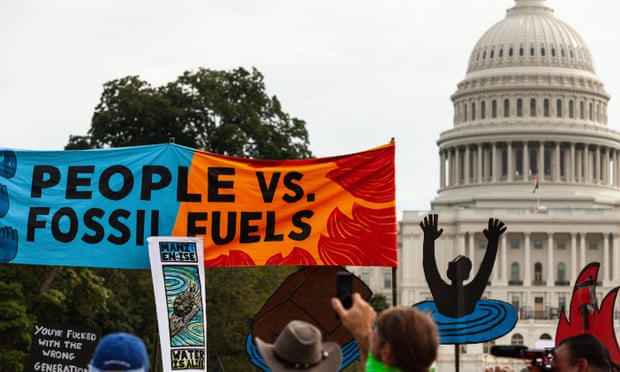 NPR, 20 Oct 21: Climate change is bad for your health. And plans to boost economies may make it worse

There is an economic tension between continual growth, and how that growth might ruin the planet. This has been understood for at least 40 years, but many, especially short-term focused conservatives, refuse to believe it, or ignore it in favor of their short-term interests.

A new report from the medical journal The Lancet finds that human-caused climate change is worsening human health in just about every measurable way, and world leaders are missing an opportunity to address it.

A previous survey in 2013 showed 97% of studies published between 1991 and 2012 supported the idea that human activities are altering Earth’s climate.

This has been updated and expanded by the study by Cornell University that shows the tiny minority of sceptical voices has diminished to almost nothing as evidence mounts of the link between fossil-fuel burning and climate disruption.

…“It is really case closed. There is nobody of significance in the scientific community who doubts human-caused climate change,” said the lead author, Mark Lynas, a visiting fellow at Cornell University.

There was indeed a time when the West Virginia economy ran on coal. Back in 1982, when Joe Manchin began his political career as a member of the State Legislature, wages and benefits paid to coal miners accounted for 16 percent of the state’s total labor income. But the industry’s payroll shrank rapidly during the Reagan and Bush I administrations, falling to around 7 percent of compensation by the mid-1990s. It has declined even more since then, but basically West Virginia stopped being coal country a generation ago.

Oh, and the small industry that remains is on its way out, whether or not we get an effective climate policy; given dramatic technological progress in renewable energy, coal just isn’t competitive anymore.

So what is Joe Manchin thinking? Some people say we should just follow the money — the large campaign contributions he gets from the fossil fuel industry, his personal financial stake in the coal industry.

Krugman gives him the benefit of the doubt.

But the most cynical takes on politicians’ behavior aren’t always right. I’d like to hope that Manchin is sincere — that he actually believes that he’s protecting his state’s interests.

The problem is that he seems to have a decades-out-of-date vision of what his state needs. And that distorted vision is now endangering America’s future.

This entry was posted in Conservative Resistance, Science. Bookmark the permalink.