Here are some longer quotes from Harari’s book, with some comments. 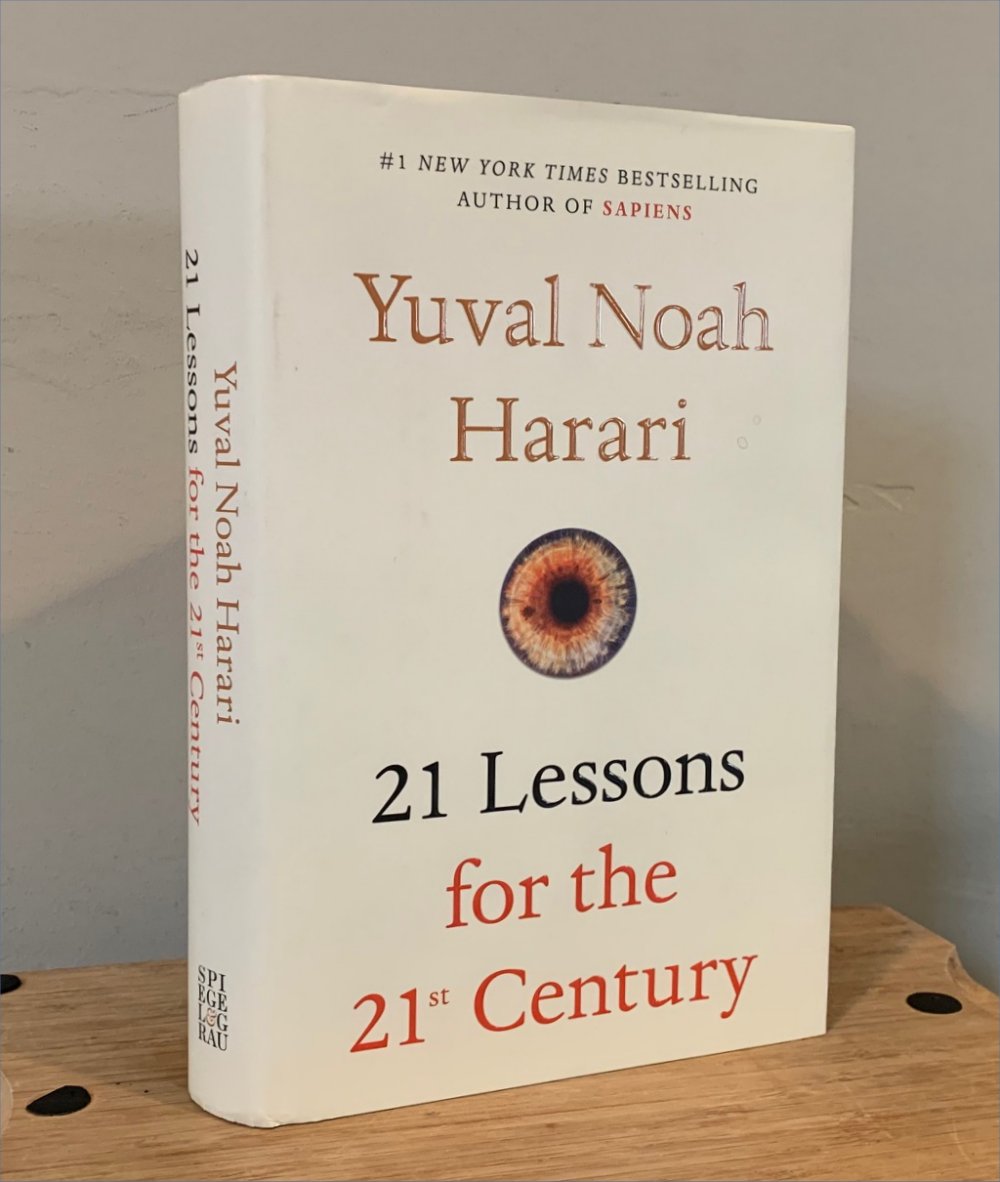 It takes a lot of courage to fight biases and oppressive regimes, but it takes even greater courage to admit ignorance and venture into the unknown. Secular education teaches us that if we don’t know something, we shouldn’t be afraid of acknowledging our ignorance and looking for new evidence. Even if we think we know something, we shouldn’t be afraid of doubting our opinions and checking ourselves again. Many people are afraid of the unknown and want clear-cut answers for every question. Fear of the unknown can paralyze us more than any tyrant. People throughout history worried that unless we put all our faith in some set of absolute answers, human society would crumble. In fact, modern history has demonstrated that a society of courageous people willing to admit ignorance and raise difficult questions is usually not just more prosperous but also more peaceful than societies in which everyone must unquestioningly accept a single answer. People afraid of losing their truth tend to be more violent than people who are used to looking at the world from several different viewpoints. Questions you cannot answer are usually better for you than answers you cannot question.

Comment: Of course, science, and much of science fiction, embody the quest to examine reality and change our minds, and the understanding that there are no clear-cut, black or white, answers for hardly anything – reality is a complex mix of shades of gray, and of colors. I recall a certain conservative pundit (Ann C) complaining about liberals—why can’t they make up their minds?! She wanted everyone to have certain answers, even if they weren’t the same as hers. She clearly doesn’t understand the idea of basing one’s beliefs or opinions on the (albeit at times changing) evidence of the real world, rather than being told what to think by authority (parents, political party, church).

As we come to make the most important decisions in the history of life, I personally would trust more in those who admit ignorance than in those who claim infallibility. If you want your religion, ideology, or worldview to lead the world, my first question to you is: “What was the biggest mistake your religion, ideology, or worldview committed? What did it get wrong? If you cannot come up with something serious, I for one would not trust you.

Comment: this is analogous to the idea that for any particular belief you have, or position you take, you should be able to identify some hypothetical evidence that would cause you to change your mind. If no evidence possibly could, then you’re a zealot, not a rational person.

Comment: it’s widely thought Lincoln said this, but a quick Google search suggests that Lincoln said it but attributed it to someone else. The principle is the same whoever said it.

Richard Dawkins, quoted page 45b, on the subject of voting:

In the wake of the Brexit vote, eminent biologist Richard Dawkins protested that the vast majority of the British public—including himself—should never have been asked to vote in the referendum, because they lacked the necessary background in economics and political science. “You might as well call a nationwide plebiscite to decide whether Einstein got his algebra right, or let passengers vote on which runway the pilot should land.”

This entry was posted in Book Notes, Quotes. Bookmark the permalink.