Change and Survival: A Refined Conception of Science Fiction 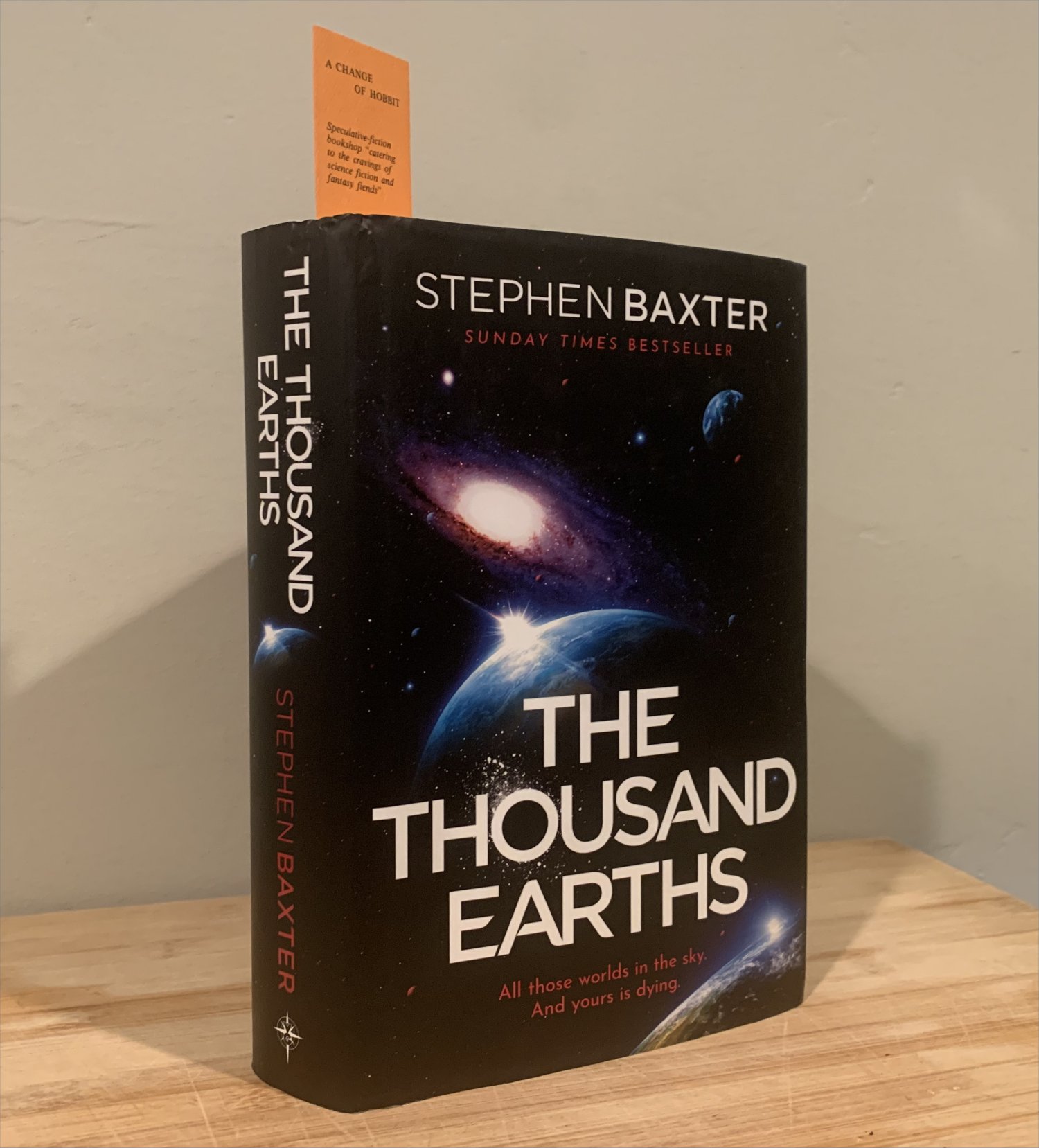 A couple items today have perhaps led me to a new formulation of the idea of “science fiction.” Until now I’ve been thinking that science fiction presumes the existence of an objective world that can be understood and perhaps controlled, and that this world is best understood through the ongoing methodology of science, and that science fiction is “really” about the idea of change, and how humans react to it. Which implies a kind of progress, even expansion, and a growing awareness. Whereas fantasy understands the world through the biases of human nature — the perception of intent within everything, the assumption of gods and magic, the world full of things that either threaten or attract, but always meaning something. Which implies a kind of idealization of reality that should support and comfort human desires.

It’s easy from there to see science fiction as aligned with liberalism — an openness toward investigating new ideas, a willingness to change minds, an expansion of of the circle of moral concern — and fantasy as aligned with conservatism: a longing for a retreat to a golden past, a clinging to the supposed wisdom of the ancients. Fantasy so often is about the return of magic to the world, or how a single hero or heroine is the only person to restore order to the world and conquer evil.

Granted there are apparent exceptions. Star Wars, military fantasy, are all about fights between good and evil, between humans and malevolent aliens. Which is why many see Star Wars, e.g., as fantasy in SF clothing. And no doubt many exceptions in fantasy — which I actually see as a more complex and sophisticated literature than science fiction. Human nature may actually be more complex than astrophysics.

Today, or this week, I’m reading Stephen Baxter’s long novel THE THOUSAND EARTHS. I’m about a third of the way through this 600 page novel.

My blog post yesterday was in part about the necessary solutions for avoiding the near-term destruction of planet Earth by an expanding human population, in particular the reduction of pointless consumerism.

Baxter, as the very best science fiction writers do, looks at issues like this in the broadest possible terms. I won’t say too much in particular about the novel, except that in one section he envisions what humans who’ve survived on Earth for five million years into the future have done for themselves. The answer: they maintain stable populations, live off geo-thermal power and ancient genetically-engineered organisms to translate solar energy into nutrition as efficiently as possible, that is, using as sustainable any resources could possible be — “generation starship rules” they describe it. They play sports, and gossip. At the same time, they’ve done nothing, in the sense of our idea of expansion and colonization. No galactic empire. But they’ve survived five million years.

Just a tad of politics, as it reflects this sf/fantasy dynamic, about dealing with the real world, or retreating into a fantasy world. 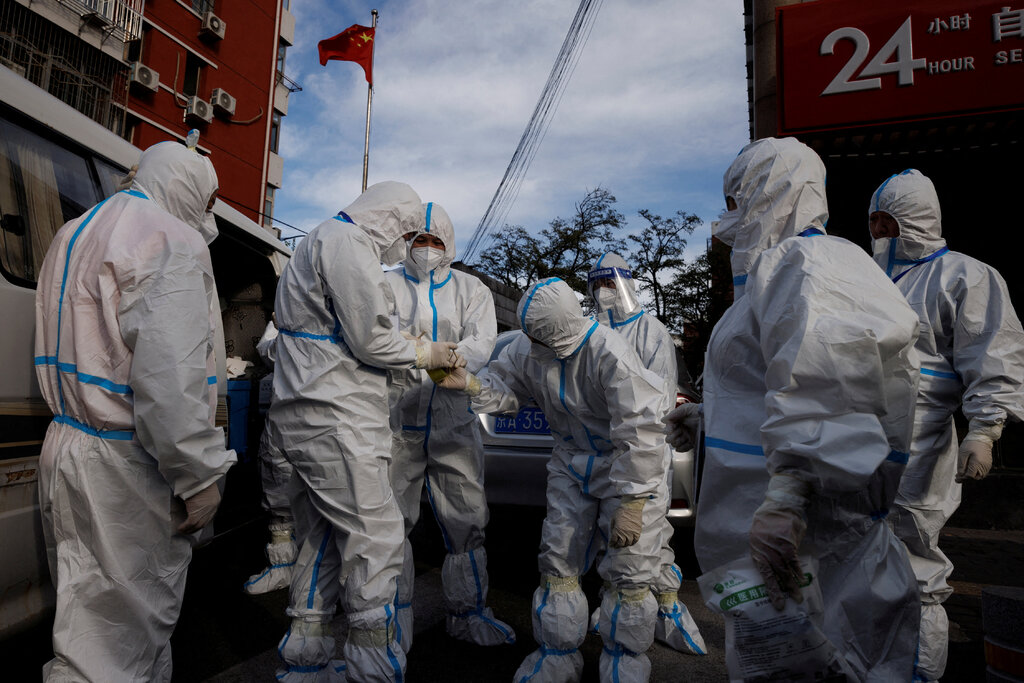 This is about how China’s policy of controlling Covid has failed. Even complete lock-downs don’t work; the virus is adaptable.

It’s a nightmare, and nobody knows how it ends. But what can the rest of us learn from China?

First, autocracy is not, in fact, superior to democracy. Autocrats can act quickly and decisively, but they can also make huge mistakes because nobody can tell them when they’re wrong. At a fundamental level there’s a clear resemblance between Xi’s refusal to back off zero Covid and Vladimir Putin’s disaster in Ukraine.

Second, we’re seeing why it’s important for leaders to be open to evidence and be willing to change course when they’ve been proved wrong.

Ironically, in the United States the politicians whose dogmatism most resembles that of Chinese leaders are right-wing Republicans. China has rejected foreign mRNA vaccines, despite clear evidence of their superiority; many Republican leaders have rejected vaccines in general, even in the face of a huge partisan divide in death rates linked to differential vaccination rates. This contrasts with Democrats, who have in general followed something like New Zealand’s approach, if much less effectively — restrictions early on, relaxed as vaccination spread.

In short, what we can learn from China is broader than the failure of specific policies; it is that we should beware of would-be autocrats who insist, regardless of the evidence, that they’re always right.

Some people perceive problems and try to solve them, by continually adjusting their solutions as evidence and reality changes; others deny problems or refuse to admit they’re wrong.

The alignment with science fiction/fantasy, science/authoritarianism, liberal/conservative, science/religion, Democrat/Republican, is left as an exercise for the reader. As they say.

So here it is: science fiction is about the understanding and management of change. Of our knowledge about the universe; of environmental changes (which include technological developments) that affect the survival of the race. In the longest of terms, the former might someday be finished (as Baxter suggests), but there is no escape from the latter. The sun will die, the universe will end. Science fiction, as in this Baxter novel, tries to deal with it. (I’m looking forward to where this novel is going, what kind of solution to, or simple acceptance of, to this inevitability he offers.)

And yet — to draw in yet another thread of recent discussion — for decades now fantasy has become more popular than science fiction, and writers like Baxter are increasingly rare. Why would this be? Perhaps a three-decade trend is insignificant. As always, reality will out.