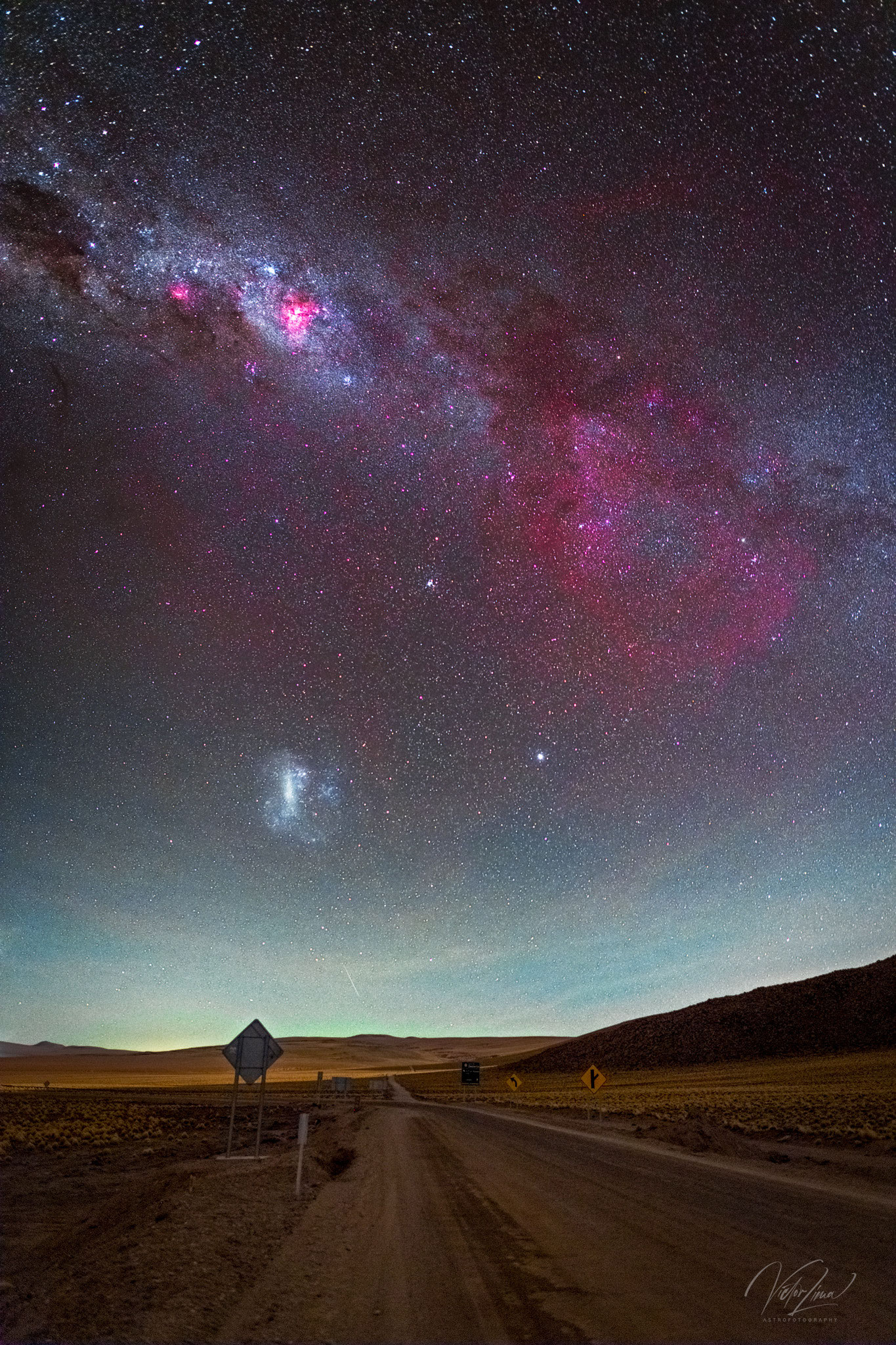 Here’s an Astronomy Picture of the Day, for 2022 November 29, that shows how big some nebulae and galaxies are on the scale of the night sky, in a way that we never realize. The highlight here is “The Gum Nebula Supernova Remnant.”

We’re used to seeing photos of nebulae and star clusters taken through telescopes, which show amazing resolution but are without any indicators of scale or apparent size. And those of us who are or have been amateur astronomers are used to seeing such nebulae and clusters through tiny eyepieces, or even in binoculars, as fuzzy little blobs. It’s difficult to rationalize the two sets of observations. Photos from Hubble and like are long-exposure and highly detailed, but are virtually always presented in isolation, without any indicators of how large a patch of sky is being photographed. I.e., how big they would appear if we were able to look up into the sky and see them in full detail.

From today’s photo, and others, I’ve gathered that if such photos were composited across the entire sky, our view of the sky from Earth would be *much* busier, more complex, more colorful. Huge swaths of red and orange nebulae, which surround us (the Earth) in every direction. And even some galaxies, aside from the two Magellanic Clouds, large enough to see clearly, more so than the fuzzy patch of Andromeda we see with the naked eye.

(On the linked page you can see the photo with text IDs of the major object.)

Similar examples: Here’s an image of the Andromeda Galaxy, a long-range photo laid over a foreground photo, to show how big it would look in the sky if only humans had the eyes to perceive it. Whereas here’s a typical view. Here’s another composite view.

In modern parlance “big sky” refers to a broad, uncluttered sky, one entirely blue during the day or completely star-filled at night, above a rural or wilderness area, like … the state of Montana, which has “big sky country” as an unofficial motto.

“Deep sky” refers to objects that cannot be seen with the naked eye but which can be seen through telescopes. Which is virtually everything that the Hubble and now James Webb telescopes look at.

What I’d like to see is a merging of the two. An atlas, a website, that shows the entire sky with “deep sky” objects shown at proper scale. What the sky would look like if our eyes were far more sensitive than they are. Surely there’s something like this out there somewhere, and I just haven’t found it?

This entry was posted in Astronomy. Bookmark the permalink.