Subtitled: “Researchers documented 13 never-before-seen viruses that have been lying dormant, frozen in thick ice, over tens of thousands of years.”

I’ve mentioned this idea before, and David Wallace-Wells cites it in his book THE UNINHABITABLE EARTH (reviews here and here.) Coincidentally, it’s the launching theme of one of 2022’s most highly regarded novels, Sequoia Nagamatsu’s HOW HIGH WE GO IN THE DARK — though I hasten to say, I thought this novel had even more rubber science and naive speculation than did Emily St. John Mandel’s SEA OF TRANQUILITY (review here). The virus emerging from permafrost is one of the more plausible aspects of that novel; one of the least, e.g., is the idea of a “starship” with a crew of 200 *launching* from the ground at Cape Canaveral, in 2039, and its subsequent ping-pong course to check out potentially inhabitable planets. But I’ll get to that book eventually. 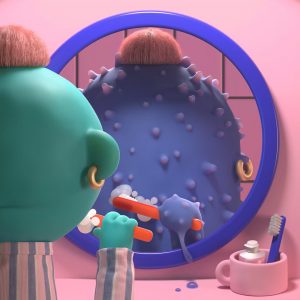 Perspective on humanity’s place in the universe, and why humans insist on being so special, biologically speaking.

A remotely operated vehicle filmed a life-form this summer on the seafloor that was utterly strange and incomprehensible — at least to us. It was a knobbly blob, cornflower blue and blooming from the brown sludge more than 1,300 feet undersea.

The vehicle, which was controlled by researchers aboard the National Oceanic and Atmospheric Administration’s vessel Okeanos Explorer, had glimpsed a number of the blue blobs on that day in waters southwest of St. Croix. The organism stumped scientists observing the livestream from the remote camera, and the headlines announcing its discovery marveled over the creature’s strangeness, calling it “alien-like blue goo” and a “mystery blob-like creature.”

When humans encounter life-forms that are unfamiliar or strange to us, our instinct is often to distance ourselves from them.

Be sure to click on the ink in this first line of the quote. Other examples of the “alien” in the article. Which ends:

When I think about the blue goo, I think about how wonderful it is that we share some ancient ancestor yet found ourselves on such divergent evolutionary paths. It’s funny that we call these creatures aliens; we know about them only because they exist on this planet, alongside us — our futures entangled together.

From the sublime to the ridiculous:

Salon, 5 Dec 2022: “Centrist” Republican still willing to support Trump after he calls to terminate the Constitution, subtitled: “‘He says a lot of things,’ said Rep. Dave Joyce, dismissing Trump’s statement as a ‘fantasy'”

Salon, 5 Dec 2022: Of course Trump wants to “terminate” Constitution: He wants to seize power and rule by force, subtitled “Trump’s recent conduct shouldn’t surprise anyone: The MAGA movement’s goals have nothing to do with democracy”

Republicans are gradually realizing, it seems, that they need to condemn Trump’s remarks. But I sorta agree with the middle comment: Trump is a dunce and doesn’t really understand what he’s saying. It’s all about him, and his outrage that the world doesn’t revolve around him. The question is: why are Republican voters so cultishly enslaved to such a dunce? The same could be asked of Herschel Walker. 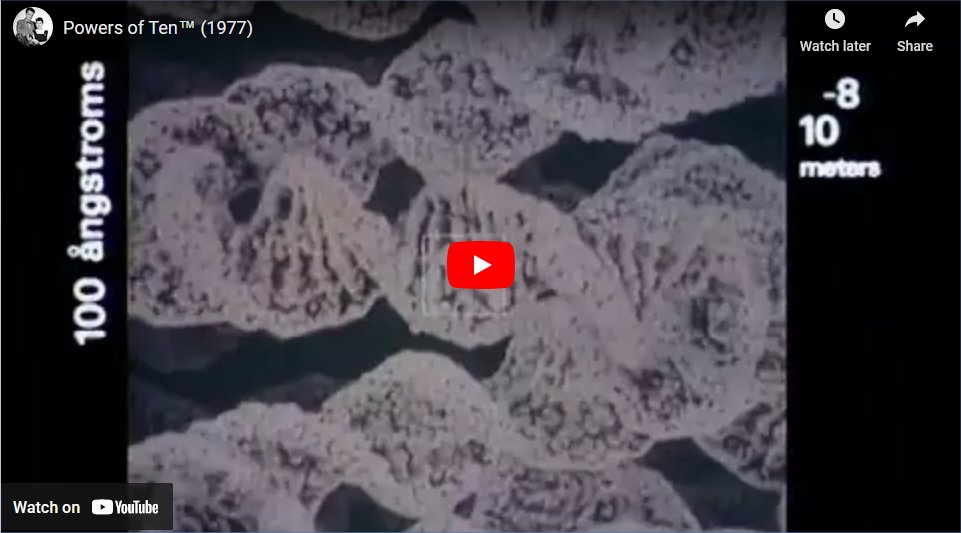 YouTube: Powers of Ten, via Astronomy Picture of the Day for 2022 December 4.

This video has been around for years; I mentioned and linked it from this post back on 10 March 2015. But APOD chose to highlight it yesterday, on the 4th, and provided a bit of background about the film’s inspirations. Always worth another look.

This entry was posted in Lunacy, Science. Bookmark the permalink.