Michael Shermer interviews Steven Pinker about Rationality; NYT interviews Yuval Noah Harari about the simple story that can save the planet; and an excerpt from Graeber & Wengrow’s The Dawn of Everything. 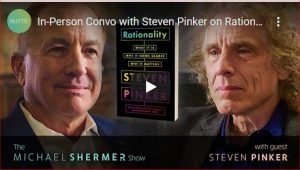 I’ll have more to say about Steven Pinker’s new book Rationality, published about 6 weeks ago, when I finish reading it. I also have a collection of reviews of the book, fascinating mostly for what they reveal about the reviewers. For now, here’s a link to a nearly two-hour video interview with Pinker, by Michael Shermer on his “Michael Shermer Show,” though I confess I rarely listen to podcasts or video interviews like this one, and haven’t listened to this one either.

This appeared sometime mid-October; I’m astonished that this post, and others on his homepage, aren’t dated.

EPISODE # 219: Steven Pinker on Rationality: What it is, Why it Seems Scarce, Why it Matters.

I’ll copy Shermer’s list of topics that the interview covers: 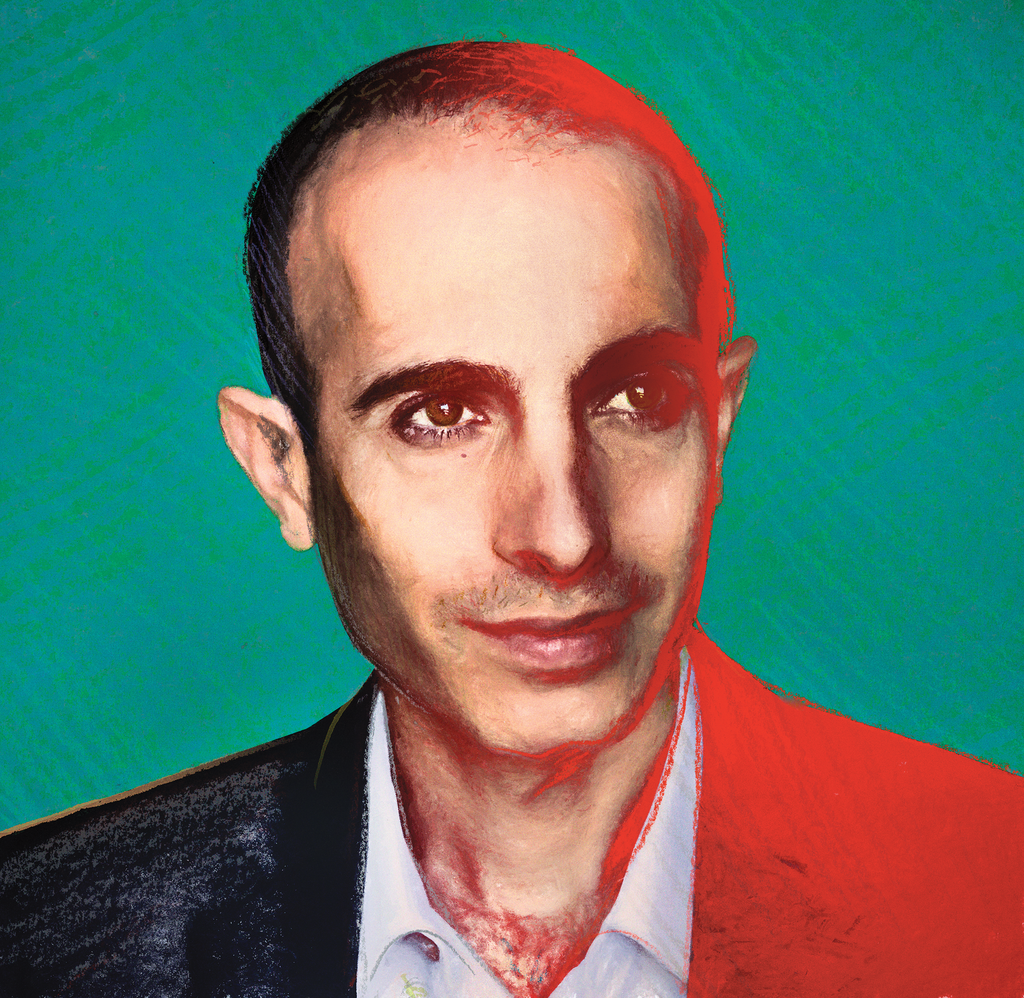 (Posted online on the 7th, presumably to be published in the magazine this Sunday, the 14th.)

With the publication in the United States of his best-selling “Sapiens” in 2015, the Israeli historian and philosopher Yuval Noah Harari arrived at the top rank of public intellectuals, a position he consolidated with “Homo Deus” (2017) and “21 Lessons for the 21st Century” (2018). Harari’s key theme is the idea that human society has largely been driven by our species’s capacity to believe in what he calls fictions: those things whose power is derived from their existence in our collective imaginations, whether they be gods or nations; our belief in them allows us to cooperate on a societal scale.

So what is his simply story that can save the planet?

…Also, my most central idea is simple. It’s the primacy of fictions, that to understand the world you need to take stories seriously. The story in which you believe shapes the society that you create.
…
…[T]here is miscommunication between large parts of the scientific community and large parts of the public. The things that have been known and accepted by science or by scholars for many years, they’re still big news for the public. It’s just the way things are.
…
It’s important to have human enemies in order to have a catchy story. With climate change, you don’t. Our minds didn’t evolve for this kind of story. When we evolved as hunter-gatherers, it was never the case that we could somehow change the climate in ways which were bad for us, so it’s not the kind of story that we were interested in. We were interested in the story that some people in the tribe are conspiring to kill me. So we have a narrative problem with climate change. But the good news is that it’s not too late or too difficult to overcome.
…
If you look at movements like Greta Thunberg’s and the whole youth movement, what the young people are telling the world is that you are sacrificing us on the altar of your greed and irresponsibility. It’s no longer something hazy like CO2 in the atmosphere. It’s a human drama of the old sacrificing the young. That’s powerful. 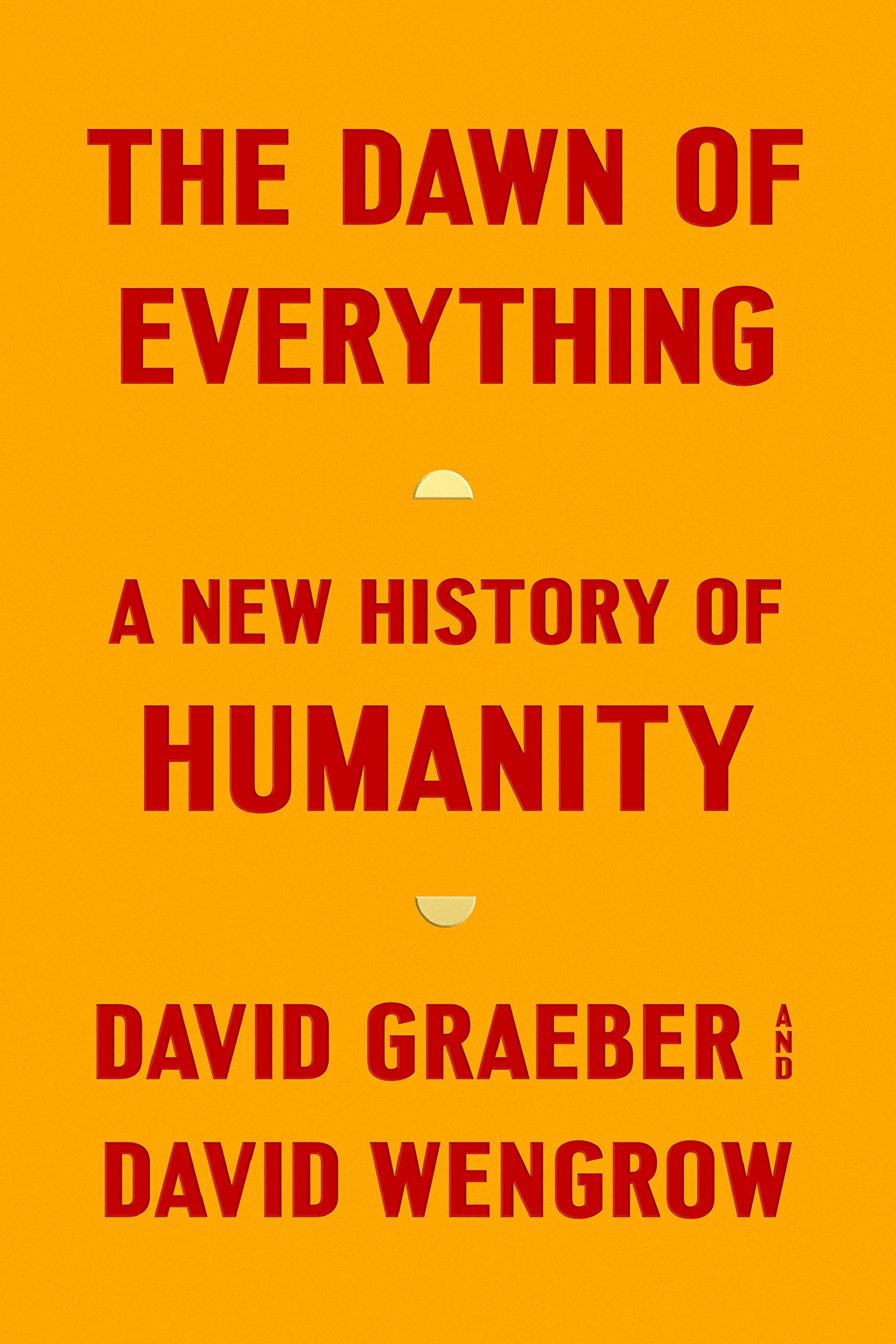 This is an excerpt from Graeber & Wengrow’s highly anticipated new book The Dawn of Everything: A New History of Humanity, published last Tuesday the 9th, apparently so popular that my pre-ordered copy is still not here. (Amazon has gotten lax about this.)

We want to offer an entirely different account of human history. We believe that much of what has been discovered in the last few decades, by archaeologists and others in kindred disciplines, cuts against the conventional wisdom propounded by modern “big history” writers. ​​What this new evidence shows is that a surprising number of the world’s earliest cities were organized along robustly egalitarian lines. In some regions, we now know, urban populations governed themselves for centuries without any indication of the temples and palaces that would later emerge; in others, temples and palaces never emerged at all, and there is simply no evidence of a class of administrators or any other sort of ruling stratum. It would seem that the mere fact of urban life does not, necessarily, imply any particular form of political organization, and never did. Far from resigning us to inequality, the new picture that is now emerging of humanity’s deep past may open our eyes to egalitarian possibilities we otherwise would have never considered.

Some reviewers have impugned Graeber’s political leanings, but I think that’s probably off-limits for evaluating his thesis, and so I will not address that.