I should be more conscientious about posting about science fiction on this blog, which the subtitle at the top at least *implies* is a central theme. So I have three SF topics lined up, posting one today. 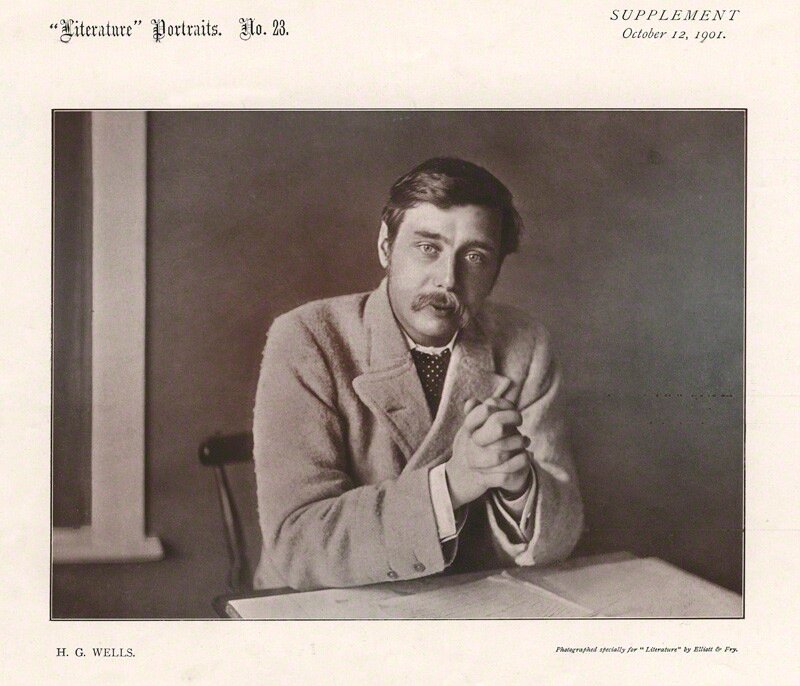 First, a theme going around on Facebook in recent days concerns a tweet made by someone at the New York Times on November 21st, which read

With Jules Verne and the publisher Hugo Gernsback, H.G. Wells invented the genre of science fiction.

with a link that now doesn’t work. Tracking it down, I’ve found that the Tweet is a promo for a book review by Charles Johnson of a biography by Claire Tomalin of the young H.G. Wells, which does in fact contain the line of the tweet. So we can blame Johnson, if not Tomalin, for its odd take.

The take is wrong-headed (or at best, overly simplistic) in a number of ways, primarily in the implication that H.G. Wells (and Verne) consciously created the “genre of science fiction” along with Hugo Gernsback. This is a crude gloss of a more complex situation.

The term “science fiction” is the coinage of Gernsback, magazine publisher in the 1920s who launched Amazing Stories in 1926. He began with “scientifiction” in 1926 and refined the term to “science fiction” in 1929. He also ran several magazines about radio and electronics — this was back in the era when home-tinkerers built projects in their basements. Amazing Stories was the first magazine devoted wholly to science fiction, and its early issues were full of reprints by, among others, H.G. Wells and Jules Verne. (Over time Gernsback began publishing original material as well.)

Though not Mary Shelley. Her Frankenstein, published way back in 1818, has come to be considered the first science fiction novel, though not until by British author Brian Aldiss in his 1973 history of the field Billion Year Spree. So of course Mary Shelley never heard the term, nor was she aware of launching a genre, nor did her book occur to Hugo Gernsback, judging from his magazine’s contents. (Thought Weird Tales, a few years later, did reprint Shelley.) Shelley, Verne, and Wells have now been *retroactively* taken to be science fiction authors, but no one considered that term when they published, least of all those authors.

The kerfuffle on Facebook began with a reply on Twitter by one Mame-Fatou Niang. It’s displayed in this post by Paul Anderson, though I’ll quote it:

A teenage girl wrote what is still considered today the 1st science fiction novel. This article continues the long tradition of erasing her.

“Still considered” begs the question; no one considered Shelley to have written the first SF novel until 1973, over 150 years after her novel’s publication. Neither Shelley nor Verne nor Wells had anything to do with Gernsback coining the term “science fiction,” except by way of example.

This isn’t cancel culture or erasure. It’s a misunderstanding.

Still, there are lots of comments to this post and others, mostly about what early works might be considered (retroactively) works of science fiction. Which still miss the point.

I suppose this is an example of the over-sensitivity of “cancel culture,” or of those who are eager to accuse others of cancel culture.

But the real topic here, to my mind, the reason I’ve spent 45 minutes on this post, is that there is dispute, and latter-day revision, of the history of science fiction. Frankenstein is the easiest example to defend, but other proponents of science fiction reach further back, to retroactively claim Gulliver’s Travels, say, or even Plato’s Republic, as earlier forms of science fiction.

In my essays my intent is to be careful about how to understand what “science fiction” actually entails — including the fact that the term didn’t exist when many of its (supposedly) earliest works first appeared.

This entry was posted in Notes For, science fiction. Bookmark the permalink.