Ls&Cs: How the Right Counts on Conspiracy Theories

Links today about how conspiracy theories advantage the right, and how this implicitly acknowledges that conservatives can’t win elections based on positions, arguments, or values. 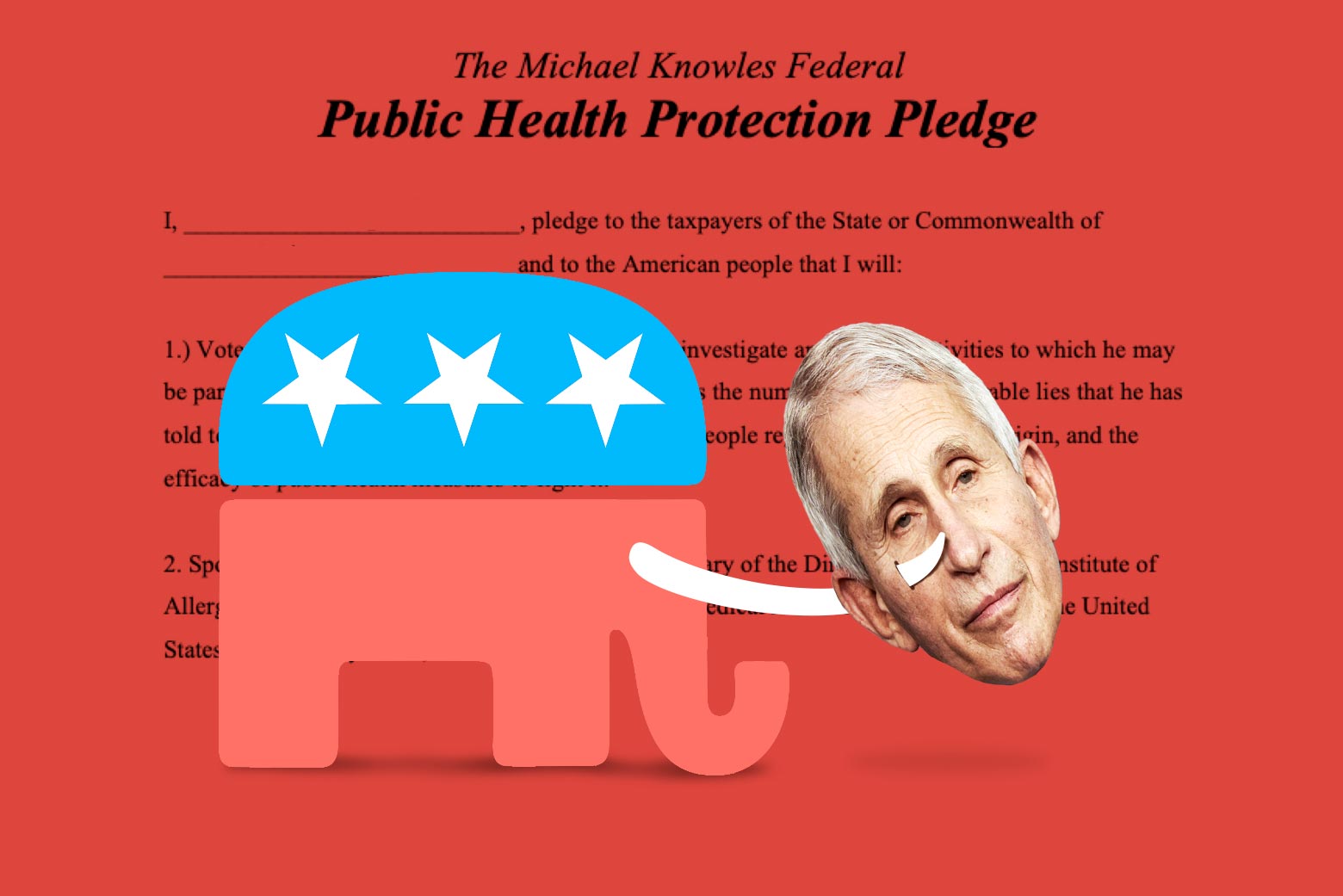 This involves a conservative “Public Health Protection Pledge” to demonize Anthony Fauci and a “gain of function” conspiracy theory that concerns how the Wuhan Institute of Virology was funded.

Conspiracy-minded motivated thinking at its finest.

Right-wing commentators seized on the technical argument over a scientific definition to reach an absurd conclusion: that the NIH had directly funded the source of the pandemic, and that Fauci lied to the American public. Or as Tucker Carlson so incorrectly and ridiculously put it on Fox News in May: “The guy in charge of America’s response to COVID turns out to be the guy who funded the creation of COVID.”

Again, I must repeat: This is untrue.

Next, we have an Republican politician openly promoting conspiracies theories in order to make the Republican agenda — such as it is — more palatable.

Arizona state Rep. Wendy Rogers released a new campaign ad Tuesday in which she declared that her embrace of right-wing conspiracy theories such as the “Big Lie,” which baselessly claims that rampant voter fraud stole the 2020 presidential election from former President Donald, is part of an ongoing effort to change the narrative and move “the Overton Window.”

The Overton Window is a theoretical framework for conveying which opinions or policy positions on a given subject are politically acceptable at any given time. An effort to move the Overton Window generally involves introducing seemingly radical ideas into the mainstream political or cultural narrative repeatedly in order to desensitize the population, thus making once radical ideas more mainstream and thereby broadening or shifting the range of acceptable opinions or policy options.

Move the Overton Window to where?, is the question. The answer (further down at the link) seems to be deep-seated resentment against public health measures to control the Covid pandemic.

And it seems to be working, among Republicans.

Associated Press, via ABC News, 26 Jan 2022: Americans’ trust in science now deeply polarized, poll shows, subtitled, “Republicans’ faith in science is falling as Democrats rely on it even more, with a trust gap in science and medicine widening substantially during the COVID-19 pandemic.”

Just another example of how conservatives implicitly admit they can’t win fairly on the basis of positions, arguments, or values; they gotta cheat.

As I’ve noted, the Republicans seem to have no agenda — they offered no new party platform in 2020, simply repeating the 2016 platform — and Mitch McConnell couldn’t answer the question of what Republicans’ plans would be if they retook Congress in 2022:

Vanity Fair, Eric Lutz, 3 Dec 2021: Mitch McConnell Isn’t Even Trying to Pretend the GOP Has Any New Ideas, subtitled, “Republicans’ strategy in 2022 boils down to: ‘Democrats are bad.'”

Republicans may not have any real ideas, but obviously that doesn’t mean they don’t have an agenda; it just so happens that it’s mostly about attaining, keeping, and benefiting from powerful government positions. That’s why the Republican National Committee didn’t need to bother putting forth an agenda in 2020; asserting its “strong support” for Trump acted as shorthand for a series of positions too self-interested, stupid, or cruel to comfortably lay out in detail.

Stepping back, big picture: There will always be “political” divides in any society, given the inherent range of human personality types. But these divides, as society progresses (meaning, generally, becoming more unified, globally, with local parochial values based on tradition giving way to global concerns and existential threats understood through reason and science), address increasingly narrow concerns. No longer is there a debate about slavery, as there was 150 years ago, or women’s right to vote, as there was 100 years ago, and even the rights of gays and other sexual minorities to conduct their lives in concordance with the majority, though this last is still contested in conservative/reactionary areas. This is the way the “Overton Window” advances, not regresses, unless by deliberate manipulation into conspiracy theories.

The problem now is a larger one, the matter of how our nation is governed, and the current propensity to slide into authoritarianism, even fascism — see item above about loyalty to Trump being the only criterion for Republican politicians! And previous post about the political trends seen in history that lead to tyranny.

This entry was posted in Conservative Resistance, Psychology. Bookmark the permalink.