LQCs: The Self-Righteousness of “Authentic” Americans

And: Republican victim-hood and their desire to discriminate against people they don’t like. And why the Supreme courts keeps discovering “new” rights. 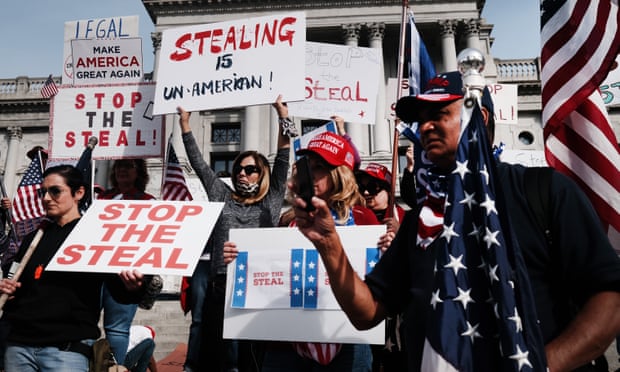 I can’t begin to keep up with all the news and commentary I see every day, even on hot topics, and I never intend to — but I’m usually attentive to pieces that offer some insight into what’s “really” going on in the minds of people who strike me as curiously motivated and of doubtful practical sanity. Especially when there’s some synchronicity — as with today, when an item I saw earlier today turns out to be relevant to several items I saw later.

Alternet, Meaghan Ellis, 22 March 2022, linking to an item in the UK newspaper Guardian: Historian reveals the disturbing reason why many right-wingers believe Biden’s presidency is illegitimate.

I never would have proposed this myself — it seems too cynical, too mean-spirited — but when someone else says it, it seems perfectly plausible. The Guardian writer cites a piece in “right-wing” publication American Mind, by Glenn Ellmers, summarizing his position thus:

“It is notable that Ellmers makes no claim that the 2020 election was ‘stolen’ – he doesn’t allege manipulation, voter fraud, or conspiracy, and in fact explicitly acknowledges that more people voted for Biden than for Trump. He does not peddle conspiracy theories. Yet Ellmers maintains that the outcome of the 2020 election is illegitimate and must not be accepted.”

“Ellmers is outraged precisely because he accepts the fact that a majority voted for Biden, that ‘authentic Americans’ have become the minority in a country which they are supposedly entitled to dominate. Here we have a striking glimpse of the depth of despair underlying the pervasive siege mentality on the right. What’s scandalous about the 2020 election, in this interpretation, is not that it was “stolen”, but that “un-American” forces straightforwardly won.”

Ah ha. *Real* Americans don’t really want democracy, in an expanding, increasingly diverse nation — they want to maintain their privilege, against all those strange “others.”

“It has become a core tenet of the Republican worldview to consider the Democratic party as not simply a political opponent, but an enemy pursuing an ‘un-American’ project of turning what is supposed to be a white Christian patriarchal nation into a land of godless multiracial pluralism.”

On the same note,

Driving to the cardiology clinic (for my now once-every-two-months check in) we listened to some of the questioning by Republicans of Supreme Court nominee Ketanji Brown Jackson. We heard a bit from Texas Republican Senator John Cornyn, who was puzzled (and outraged) by how the Supreme Court, for decades now, keeps seeming to “discover” new rights not explicitly spelled out in the Constitution. And why can’t religious folks ignore them?

Mother Jones: Republican Senator Lashes Out at Marriage Equality in Supreme Court Hearing, subtitled, “John Cornyn is very worried that LGBTQ Americans have too many rights.”

Cornyn’s objections are, first, that granting equal rights to LGBTQ people conflicts with the religious beliefs of some people. To which Jackson responded, “Well, senator, that is the nature of a right. That when there is a right, it means that there are limitations on regulation, even if people are regulating pursuant to their sincerely held religious beliefs.”

Cornyn frames marriage equality as a new right. But it is really just one more step in the long expansion of the right to marry to all people, just as the Supreme Court expanded that right to interracial couples in 1967. Much of the GOP is set on putting the breaks on the expansion of rights, particularly to the LGBTQ community, …

My comments: What struck me about some of the questioning was how Republican congressmen really *want* to discriminate against people they don’t like, and so are therefore angry when courts “discover” new rights that prevent them from doing so.

The easy answer to how new rights are “discovered” is that they are special cases of rights already established. They are rights that need to exist for all the other rights to be consistent; for them not to be rights would be to establish a contradiction in the entire system. Rights for everyone to do this or that *except* for people Republicans don’t like?

This is why “sincerely held religious beliefs” are irrelevant. SHRBs can be *anything*, and have no status in the law. I could sincerely believe that… well, pick anything. That everyone should stay home on Thursdays and pray to Shiva. That inculcating children into their parents’ religion is intellectual child abuse. So what? Just because such beliefs might be sincere gives them no special status against the laws. Just think about all the white racists in the land.

Clearly some people think claiming sincerely held religious beliefs is a get-out-of-jail free card. Man Convicted In Synagogue Bomb Plot Appeals For His Religious Right To Possess White Supremacist Artifacts. In fact, I doubt there’s any law that prohibits him from possessing various artifacts; but he’s appealing his conviction for a bombing plot on those grounds.

Never mind the Constitution’s prohibition against religious tests for public office. What I see here is how important it is to the faithful that others to have *some* faith –- some deference to tradition and authority — else, presumably, they cannot be trusted.

This entry was posted in Philosophy, Politics, Psychology. Bookmark the permalink.