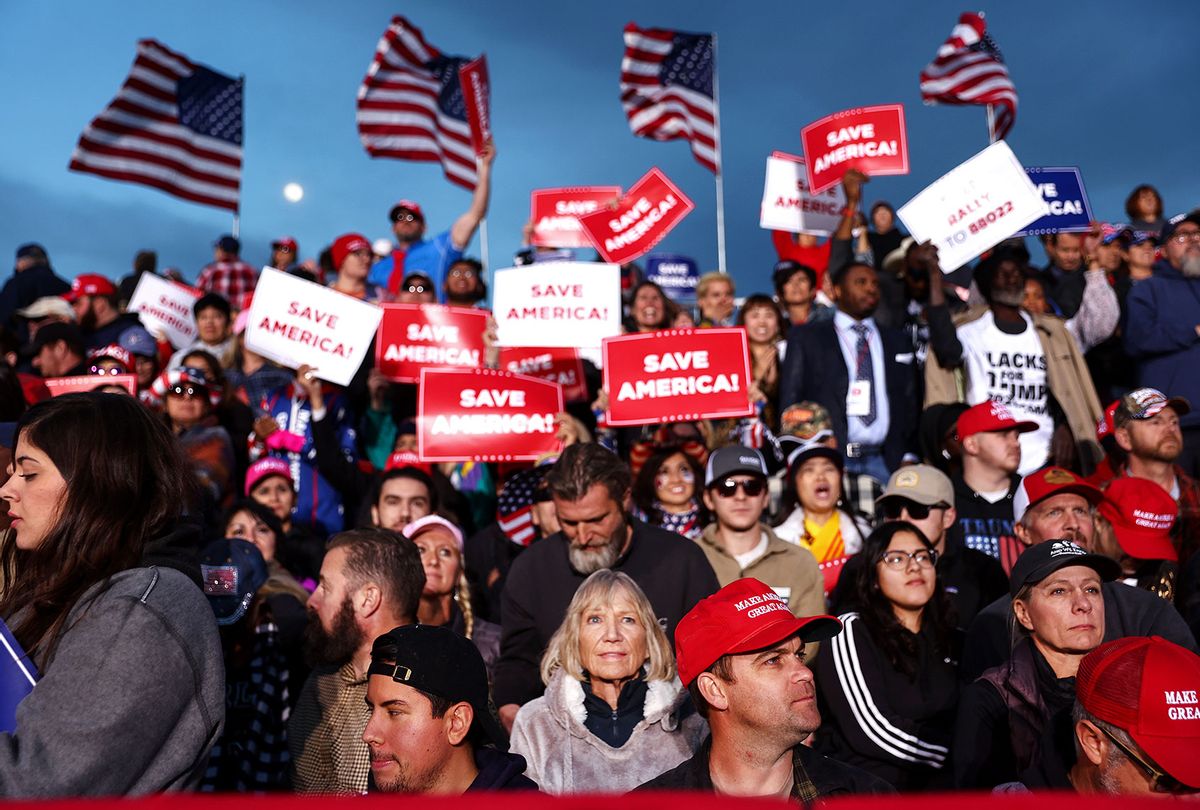 America’s struggle for democracy and freedom against authoritarianism is taking place on a biological level as well. Social psychologists and other researchers have shown that the brain structures of conservative-authoritarians are different than those of more liberal and progressive thinkers. The former are more fear-centered, emphasizing threats and dangers (negativity bias), intolerant of ambiguity and inclined to simple, binary solutions. Conservative-authoritarians are also strongly attracted to moral hierarchy and social dominance behavior.

Now, this isn’t actually a surprise, considering how conservative street protesters are known for their misspelled signs, how person-on-the-street interviews with Trump supporters are so often incoherent. My reflexive take would be that not all Trump voters are dimwits, but most dimwits — attracted to the simplistic, us vs. them, solutions offered by Trump and other Republican politicians — are Trump voters.

Still, what is the actual evidence? A vocabulary test, apparently.

Overall, the model predicts that almost 73% of respondents who missed all 10 questions would vote for Trump (remember, that is controlling for education and the other factors), while about 51% who were average on the exam are expected to vote for Trump. Only 35% of people who had a perfect score on the exam are predicted to be Trump supporters.

Well, this is not very impressive evidence. It appeals to my prejudice (pre-judgement) about Trump voters, but it’s not very conclusive.

For decades I’ve used text files and Word documents and Excel spreadsheets to compile various tracking lists. Books to be published in the next few months that I might want to buy; books in some category I need to read. (Not to mention awards results announced here and there that I need to compile into sfadb.com.) I’ve long realized that the time I spend refining such tracking lists, could well have been spent reading that many more books instead. So I try not to indulge refining spreadsheets too often.

I have this weird awareness that if I read a book, and no one knows about it (if I do not post about), it’s as if it never happened. This growing sense that whatever I do in the rest of my life needs to be productive, not self-indulgent. What else do I have to pass on?

Today I spent some time updating my tracking spreadsheet with the books I’ve read and blogged about over the past few months. And I added four descriptions of books I’ve recently read on that nonfiction books page, linked above, books by Snyder, Zakaria, Harari, and Paulos.

My spreadsheet currently tracks some 50 nonfiction books I consider foundational, or currently relevant, with some 14 such books I’ve never read at all, after all these decades — books by Dawkins, Pinker, Shermer, Wilczek — and others that I read decades ago but need to reread in order to accommodate them — by Hawking, Pinker, Wilson, Wright — and other recent ones that strike me as just as important as those others — by Bregman, Christakis, Greene.

I’m also aware that my plans along any one line don’t last more than a few months. I’m just as likely to switch gears to tracking classic science fiction novels, or short fiction, or current 21st century sf. I go back and forth.

So I have lots to do, and hope to live long enough to do it all.

This entry was posted in Personal history, Politics, Psychology. Bookmark the permalink.