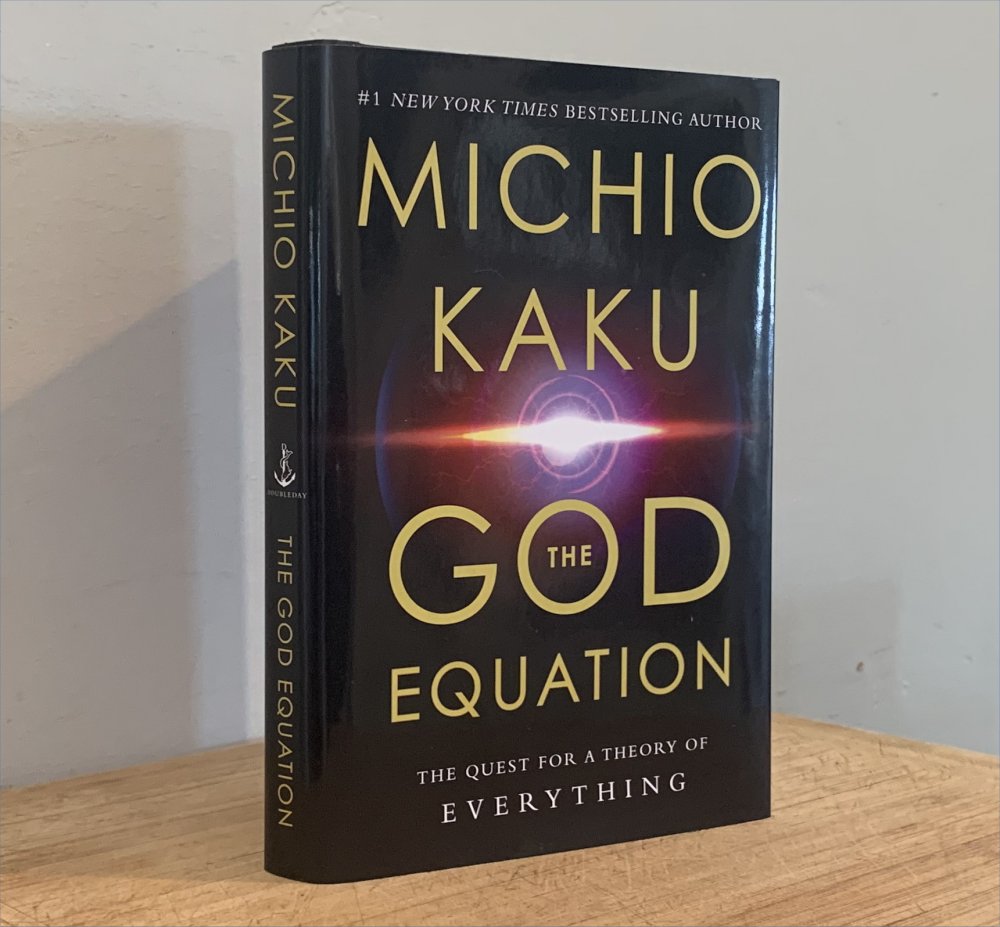 Here’s a book I thought suspect on two or three counts, but which turned out to be quite worthwhile. It’s a succinct, crisp history of physics, from the Greeks to the present, and ending with, though not dwelling too much on, string theory. Along the way we meet all the famous physicists we’ve heard about, matched up to their key discoveries, and in turned matched up to how those discoveries changed human history and have played out in the modern world.

Still, Kaku *is* a professor of theoretical physics who has been working in the field of string theory since 1968, and even though we realize he’s reviewing the history of physics as the background for his claims for string theory, it’s a fascinating background, the content of any number of other books (by Brian Greene, Lawrence M. Krauss, Stephen Hawking, and others), trimmed down to a neat 200 pages. A refresher course.

Ch3, Rise of the Quantum

Ch4, Theory of Almost Everything

This entry was posted in Book Notes, Cosmology, Physics. Bookmark the permalink.