I’m going to begin a series of posts capturing photos of some of the many sets of matching paperbacks that appeared in the late 1960s and early 1970s, when I began buying books, that I have acquired (some when published and some over time). 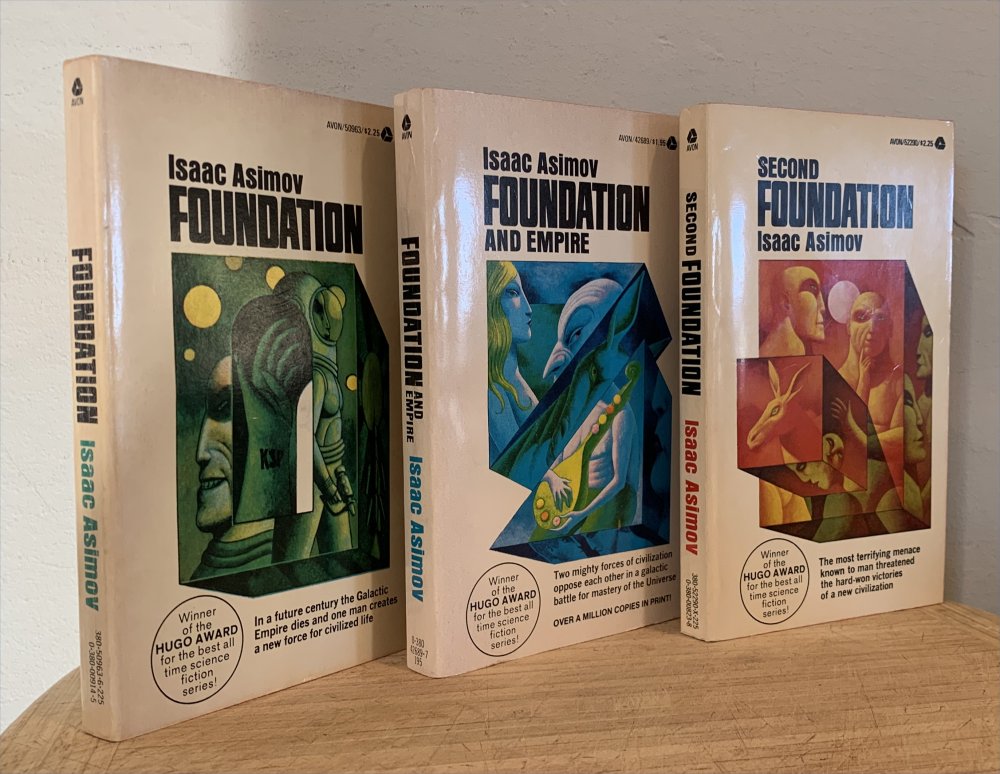 Historical context: by the late 1960s there were two decades of science fiction books — only about two decades! — that paperback publishers could reprint, either from hardcover editions, or earlier paperback editions. Prolific writers like Asimov, Bradbury, Clarke, Heinlein, Pohl, and others had sufficient titles published in the ’50s and ’60s that by the late ’60s three or more could be found by publishers like Ballantine or Avon to reissue in uniform editions with matching cover art. Such sets aren’t unknown today, but what was striking back then was the usually abstract cover art that marked that era. (Which all disappeared in the post-Star Wars era, when all cover art came to mimic movie posters.) Richard Powers, Paul Lehr, Gene Szafran. 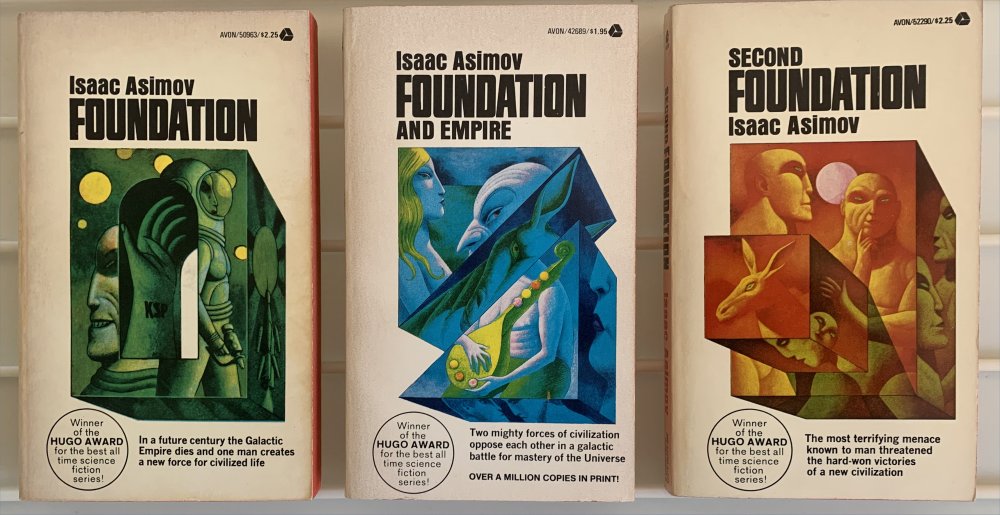 I’m guessing the premier set of matching paperbacks of that era was the Avon editions of Isaac Asimov’s Foundation “novels” — FOUNDATION, FOUNDATION AND EMPIRE, SECOND FOUNDATION. The Avon editions themselves claim first printings of October, November, and December 1966 [actually my copy of the third book says Dec 1964, but that must be an error]. According to the invaluable isfdb these Avon editions (with this cover art) were reprinted at least through 1976 (when the first book cost $1.50), but my own copies, bought much later, in 1982, are the 35th, 30th, and 31st printings respectively.

Why did I buy these paperback editions so belatedly? Because I had bought the Science Fiction Book Club’s omnibus edition of THE FOUNDATION TRILOGY back in 1969 or so, when I first joined the SFBC. It took me some years to get into the idea of ‘collecting’ books, even those containing material I already had in other editions, for reasons like nostalgia and cover art. 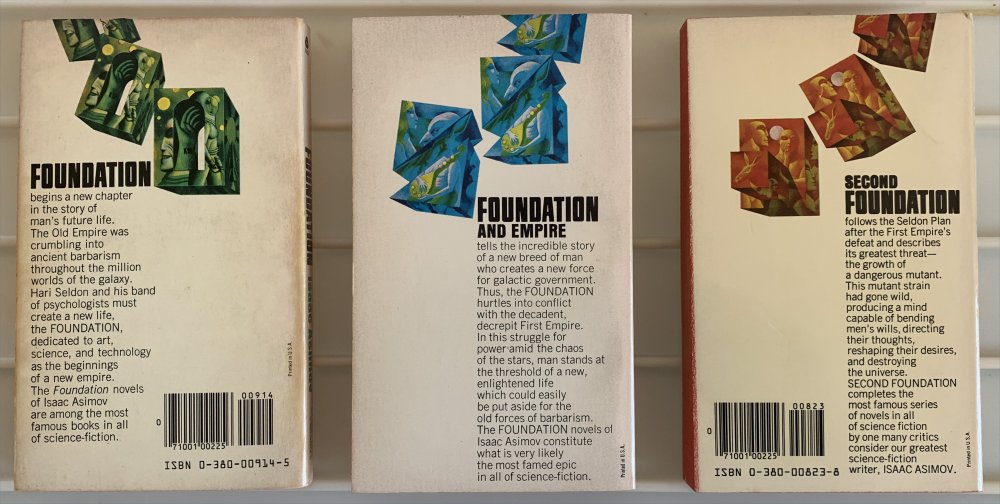 Don Punchatz, who by name was not one of the most popular SF artists of his era, though his later work (the first “Star Wars” film poster? I never knew) got him a NYT obit.

The artwork on these books is striking. Three-dimensional blocklike images, in three different primary colors, with images evoking the Soviet era of spies (the KSP on the first book is apparently for “Korellian Secret Police” though apparently this is disputed).

These are the images that sold the Foundation novels in paperback from 1966 to at least 1982.

This entry was posted in Paperback Sets, science fiction. Bookmark the permalink.