How shocked parents are fighting back against school boards and public libraries; how other parents respond; how and when abortion became so important to the Christian right; and about the usual Republican gerrymandering.

With an endpiece about The Sound of Music. 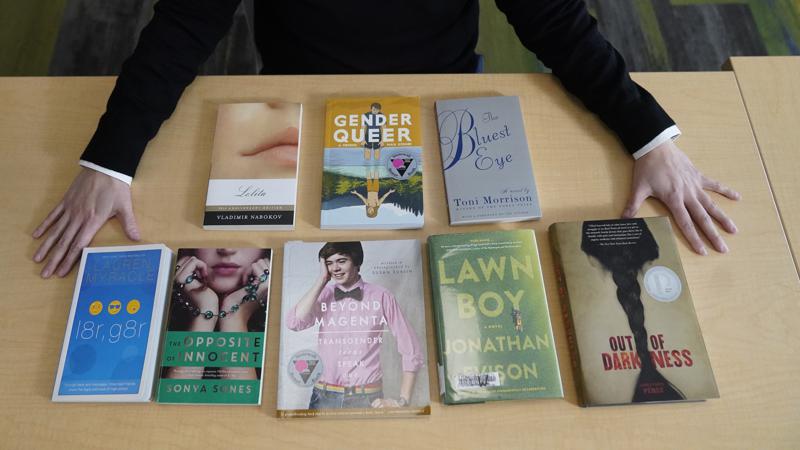 Salon, 19 Dec 2021: Theocrats are coming for the school board — but parents are starting to fight back, subtitled, “Right-wing Christians launch an assault on public school, starting in Colorado. Parents find a secret weapon: humor”

Texas Tribune, 20 Dec 2021: The push to ban books in Texas schools spreads to public libraries, subtitled, “Some Texas residents are asking for greater say in what titles appear on public library shelves.”

On the latter item, at least, deciding what titles appear in public libraries is what *librarians* are for. They go to school, get licenses or degrees. But conservatives don’t trust “experts”; they know better.

It occurs to me that the parents in such cases — and there have always been such cases — bear a certain amount of sympathy. I suspect these are among the people who never read books themselves (except perhaps certain selected parts of the Bible) and so are genuinely shocked by the kinds of topics covered in books. This could also be a motivation for home-schooling. I wonder if there are also parents out there who are shocked to learn that their teenagers get naked inside high school locker rooms, in front of all the other kids? Shocking indeed.

Salon, 18 Dec 2021, The Christian right didn’t used to care about abortion — until they did, subtitled, “Even the Catholic Church didn’t have a lot to say about abortion until fairly recently. Here’s why”

This echoes the piece from Salon on 2 Nov, linked from this post.

NYT, 18 Dec 2021: Map by Map, G.O.P. Chips Away at Black Democrats’ Power, subtitled, “Black elected officials in several states, from Congress down to the counties, have been drawn out of their districts this year or face headwinds to hold onto their seats.”
\\

Last night we watched about 2/3 of The Sound of Music, the perennial 1965 movie starring Julie Andrews, on TV, despite commercials. (We’ll finish it tonight.) I would have skipped it, but there wasn’t much else on, and Y wanted to see it.

I have a complicated relationship with this film. It was one of the first, perhaps the first, movie I saw in a theater. I was 10 years old. My parents arranged a trip for the whole family (with our friends the Bigbees, IIRC) to the Chinese theater in Hollywood to see it in first release. We arrived late and so — there was no assigned seating in those days — we sat in the first row, staring up at the enormous screen in front of us.

In the next year or two I was learning how to play the piano, and organ, and our friends the Bigbees, in Burbank, had an organ and the sheet music for the songs from the film. I could finger the melodies: Edelweiss, Climb Every Mountain, and so on. I grew to know the songs, even though I hadn’t seen the film even a second time. (Did my father buy the soundtrack album? Perhaps he did.)

In those days, until the VCR era of the late 1970s and early ’80s, there was no way to see movies after they left the theaters. So it wasn’t until 1980 or so, when my Uncle Bob had a VCR — or come to think of it, perhaps had subscribed to one of the earliest cable channels — that I saw the film again. I was 25. I had read around. I’d seen some art house movies. And so I thought Sound of Music irredeemably corny. Eye-rollingly dumb and sentimental. The songs simple-minded.

But time passes and no matter how well one might develop critical faculties, the exposures to song and film and TV in one’s childhood never let up their grip. And so I keep seeing this film, over and over, every 10 years or every year now with Y, and it maintains its hold on me. The songs are simply but moving. I admire Julie Andrews’ acting. I recall being amazed — seeing a film compared to having previously only watched TV — at the sequence of scenes in which Maria and the children are gallivanting around town singing Do-Re-Mi — so many scene changes! So many live location shots! — it seemed unbearably extravagant. I am still impressed by those scenes.

These days, I can watch the film and see how precisely it is cut up into scenes, how characters and situations are introduced early that don’t play into later scenes until much later. How the menace of the Nazis slowly grows (a bit as in Cabaret, come to think of it). I can see how it is a calculated piece of popular art. But it still moves me.