Issues today from the NYT letters page, about trust in government and humanity’s doom, and about theological errors. With an endpiece about science fiction reviewing… 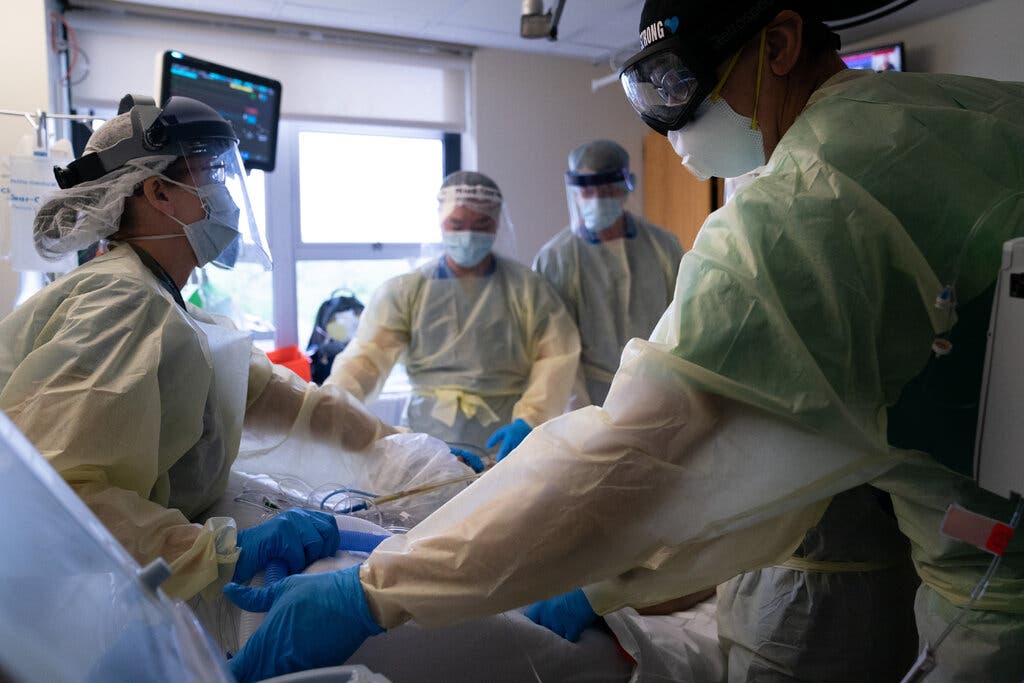 There was a long piece in NYT a couple weeks ago by one of my favorite writers there, Ezra Klein (whose book I reviewed here): The Covid Policy That Really Mattered Wasn’t a Policy.

Klein noted that, in terms of pandemic *preparedness*, the US, in 2019, ranked #1. (Here’s the actual report, though it’s a huge PDF file.) So why then, did the US do so poorly? Because, as also noted, “It had the lowest possible score on public confidence in the government.” Klein’s essay goes on to explore the details and implications of this finding.

Then in today’s paper the letters column has two responses to Klein. I quote them here because they echo my own comments a week ago near the bottom of this post, concerning global problems and the need for cooperation (and trust) among states and nations, but are more eloquently written.

That insight has profoundly negative implications for human survival that go well beyond Covid. It indicates that we are incapable of dealing with the much larger threats of global warming and devastation of the environment no matter what engineering miracles we discover, because we lack the solidarity and trust necessary to tackle those threats to continued human existence.

We are doomed not because we do not know what must be done; we are doomed because we will neither cooperate with each other nor support our respective governments to get it done. Mankind is now on its last merry-go-round ride and that ride is coming to an end much sooner than most people realize, not because we lack the knowledge to prevent catastrophe, but because too many people refuse to acknowledge the truth for very selfish and shortsighted reasons.

And from Amy Fried and Douglas B. Harris, professors in Maine and Maryland:

Data show that Republicans are less likely than Democrats to get vaccinated. Why? Promoting distrust in government has been the key strategy of American conservatives for decades.

Aided by media outlets that curate outrage, Republicans have employed distrust in policy battles and election campaigns, and in efforts to shift power from institutions they don’t control to ones they do, as well as to build and maintain their organizations and coalition. While skepticism is a democratic virtue, weaponizing distrust has harmed our republic and our public health.

On a different theme, today’s NYT letters column also has responses to another item from a week ago, a news article that said Pastor Resigns After Incorrectly Performing Thousands of Baptisms, subtitled, “The pastor of a Catholic church in Phoenix changed one word in administering the sacrament, rendering baptisms performed there invalid, the church said.”

At issue is a Catholic priest in Phoenix who, for two decades, had used the phrase “We baptize you…” instead of “I baptize you…” and that Church leaders (which ones? Well, the Roman Catholic Diocese of Phoenix, but also the Vatican) ruled that all those of thousands of baptisms were therefore invalid.

This is the kind of thing that nonbelievers usually don’t bother to even mock; it’s too absurd. By what magical conception of the universe does one’s eternal life depend on the speaking of a single word? What kind of “God” would be so persnickety? Outside of religious ritual, is *anything* in the real world really affected by someone speaking a word?. How would this apply to priests with thick accents? Which languages are allowed? And so on. We don’t try to think it through or imagine rationalizations; we let the faithful play in their conceptual sandbox — the tiny portion of time and space in which their rules are said to apply, in a vast universe billions of years old — as if such rituals really matter. Let them have their fun.

The letters in NYT today took a conciliatory stance, allowing that such a mistake isn’t really so bad. They are not being hard-nosed about it. A skeptic would say, good thing, or the Church could not have survived the modern world.

Of all the issues, errors and actual crimes facing the church, the fact that this receives more than a fleeting glance from church leaders is incredible. The suggestion that all of the baptisms performed by Father Arango are invalid is absolutely absurd.

Do members of the church hierarchy truly think that Jesus would be upset by the way this priest performed baptisms? Do they really believe that Jesus would exclude all of those individuals from eternal life?

And Richard J. Mammana Jr. of the Episcopal Church in NY notes,

Precision about liturgical words, forms, intentions and materials has been a steady development intended to assuage the anxiety of believers about whether they are receiving the grace they have been promised.

This just reminds me of how the various Christian denominations presume that all the other ones are in error, to some degree. I assume a Catholic would assume that a Protestant, without all the former’s “precision” about words and other rituals, will not receive the grace that Catholics have been promised. Otherwise why the fuss about that precision?

But never doubt that there is a theological rabbit to be pulled out of a hat. Mammana goes on:

…there is another attitude available in the Western Christian canonical tradition.

Called “Ecclesia supplet,” from Latin words meaning that the church through its supernatural authority supplements defects in the sacraments, it would offer an alternative point of view to the large community of people now experiencing confusion about the status of their own religious lives.

While Paul Fidalgo asks (at the very bottom):

Are defective baptisms covered by warranty?

I think the reason is that for a time over the past few years I was doing deep reads of a lot of science fiction classics, and posting such reads on Black Gate, where some readers commented and seemed to appreciate them. But deep reads take time: taking extensive notes, writing them up, typing out quotes from the books, and so on. At least a couple full days beyond actually reading the book.

That got tiring, but was also inefficient. My ambition is to read several hundred SF books, classics and current, over the next few years — assuming I survive — and I can’t do that by writing lengthy walk-throughs of some of them a couple times a month. On the other hand, the Black Gate reviews were an outlet for me, a way to keep my name in circulation, so to speak, rather than completely disappearing into the null-space of my blog, which no one reads.

Still, this blog will always be there. (Well, at least for another five years, per my update with Network Solutions.) And I can always promote my blogposts on Facebook, which lately I’ve been reluctant to do.

More to the point, I’m thinking to do this: do a blogpost every couple weeks summarizing, in a paragraph or two, the four or five SF books I’ve read recently. Not quite consumer reviews, but my takes, and my takes on the books’ themes and insights, in the terms I would discuss those books in my own (imaginary) book that I’ve longed planned writing if I live long enough.

As a brief preview, that I’ll write in five minutes while I still have time, here are the SF/F books I’ve read this month. (I only read nonfiction in January.)

This entry was posted in Culture, Politics, Religion, science fiction. Bookmark the permalink.