Those Who Would Return Us to the Dark Ages 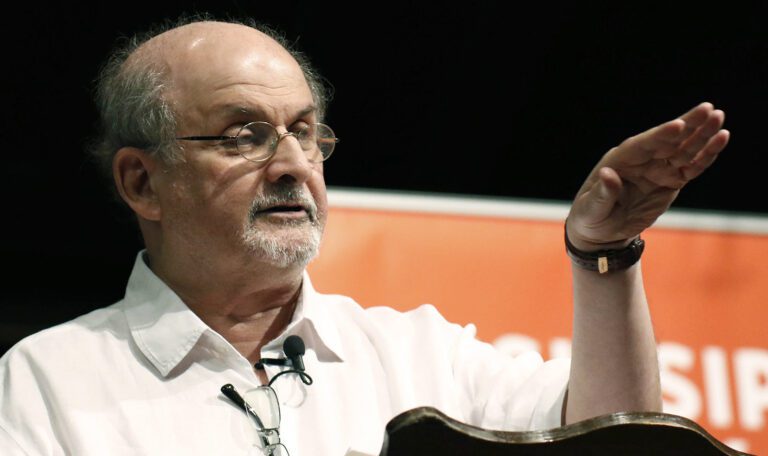 The theme of my post two days ago — about the similarity, albeit to differing degrees, between the attack on Salman Rushdie, and the attacks on education and democracy by today’s political right in the US — is the theme of today’s Morning Heresy blog.

Much like my blog here, Morning Heresy is a collection of links, quotes, and comments. But much more extensive! (It’s part of the guy’s job, after all.) I’ll reproduce a few.

Jeffrey Salkin on what (as opposed to who) stabbed Salman Rushdie:

Salman Rushdie’s wounds are the result of a grim tendency present in all the Abrahamic religions — a tendency toward incivility, triumphalism and violence. … The motive for his attack, whatever else the press might report, is simply this: the desire to return to the Dark Ages — a desire that is very much alive, in far too many corners of the world, and in far too many musty corners of this country itself.

The violent attack on free speech has left Rushdie in the hospital and revived concerns around the perils facing artists who take risks. … The attack on Rushdie is a striking reminder that fiction — along with art, poetry, and comics — can be dangerous tools that hold real power and risks.

And two about the Christians:

Cheryl Massaro, a school board member in Flagler County, Florida said this about her fellow board members, Palm Coast Observer reports:

I have never in my life been in such a satanic warfare, spiritual warfare, that I’ve felt the past two years on the board, especially during this election season. We need a breakthrough. We have not had a conservative, God-fearing majority on the board.

The new 128-page document more than doubles the length of the proposed standards the Department of Education released last year. They would make the sprawling argument that the United States, though not without fault, is an exceptional nation that has uniquely advanced rights for every race and gender. They are also peppered with Christian history and explore the religion’s influence on the nation’s leading figures and on Western civilization.

The GOP’s nationwide war on public education—specifically the teaching of race, U.S. history, and LGBTQ+ identities—has led to a 250% spike in state-level “educational gag order” bills this year, according to a report published Wednesday by the free expression group PEN America.

The analysis defines educational gag orders as “state legislative efforts to restrict teaching about topics such as race, gender, American history, and LGBTQ+ identities in K–12 and higher education.”

Via Boing Boing, let’s see if I can display this latest Ruben Bolling “Tom the Dancing Bug” comic.

“See, I support Trump! So there’s no way he could do anything bad, because that would make me wrong! And I will not be wrong!”