Readings: The 8 Billion and Climate Change

More on the 8 Billion, from Vox. And Elizabeth Kolbert’s “Climate change from A to Z.” So why would 8 billion be too few?

Some key points as I read along. A long piece.

The US though, where nearly 14 percent of the country is foreign-born, has a chance to be different and, in doing so, exert more control over its demographic destiny than any other nation in the world. Unlike a baby boom — which is unlikely and would take two decades or more to yield productive workers anyway — opening up the flow of immigrants would begin to pay off quickly. People want to come — by one estimate, 42 million people in Latin America and the Caribbean say they’d migrate to the US if they could. It’s up to us to decide to let them in.

And while it’s highly unlikely that the US or other rich, aging countries will return to the days of more robust fertility, that doesn’t mean we shouldn’t look to policies that can support people who do want to have more children.

So what does this boil down to? There aren’t enough young people to take care of the old people? Or to keep economies going? And therefore allow migration from disadvantaged countries to wealthier ones?

But how does reviving an increase in population help solve climate change and all the dooms foreseen by David Wallace-Wells and many others?

The writer sorta brushes it off. From mid-piece:

To say there are side effects is putting it lightly. The explosive growth of human population has come at the direct expense of the wild animals that share our planet, not to mention the tens of billions of farmed animals that suffer to make our dinner. And climate change presents the greatest challenge of all — more people, after all, mean more carbon emissions and more warming. The fact that we’ve managed to innovate our way around what appeared to be unbreakable environmental limits in the past shouldn’t lead us to assume that we’ll always be able to do the same in the future. But while total carbon emissions have largely kept rising, albeit more slowly, global per-capita carbon emissions appear to have peaked around 2013 and have largely declined since, even as per-capita GDP has continued to increase.

My take: the writer is willing to take risks, about the health of the world to support an ever-larger human population, that many other cautious people would not. 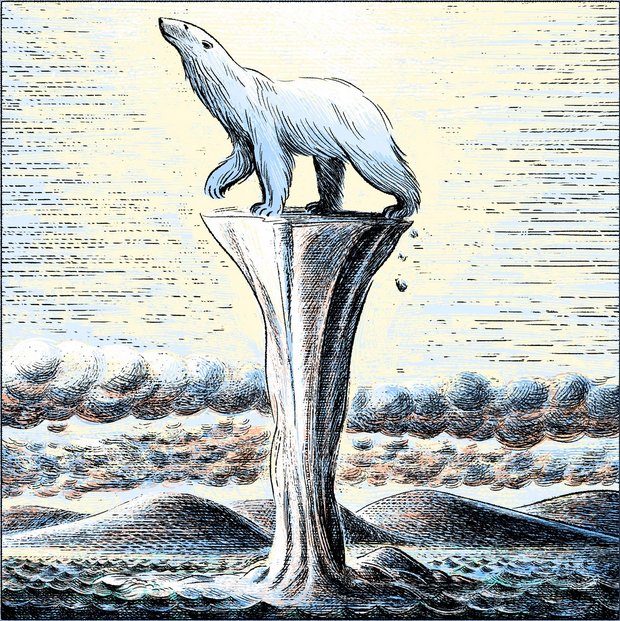 The writer of the above might have a conversation with Elizabeth Kolbert. (See my reviews of The Sixth Extinction and of Under a White Sky.)

Elizabeth Kolbert, The New Yorker, 21 Nov 2022: Climate Change from A to Z, subtitled “The stories we tell ourselves about the future.”

Long graphic piece (of the sort NYT has been doing recently) characterizing various issues surrounding climate change. Quite long, mostly due to graphics.

A compilation of many juicy bits which I have not yet read. A resource worth bookmarking and returning to.