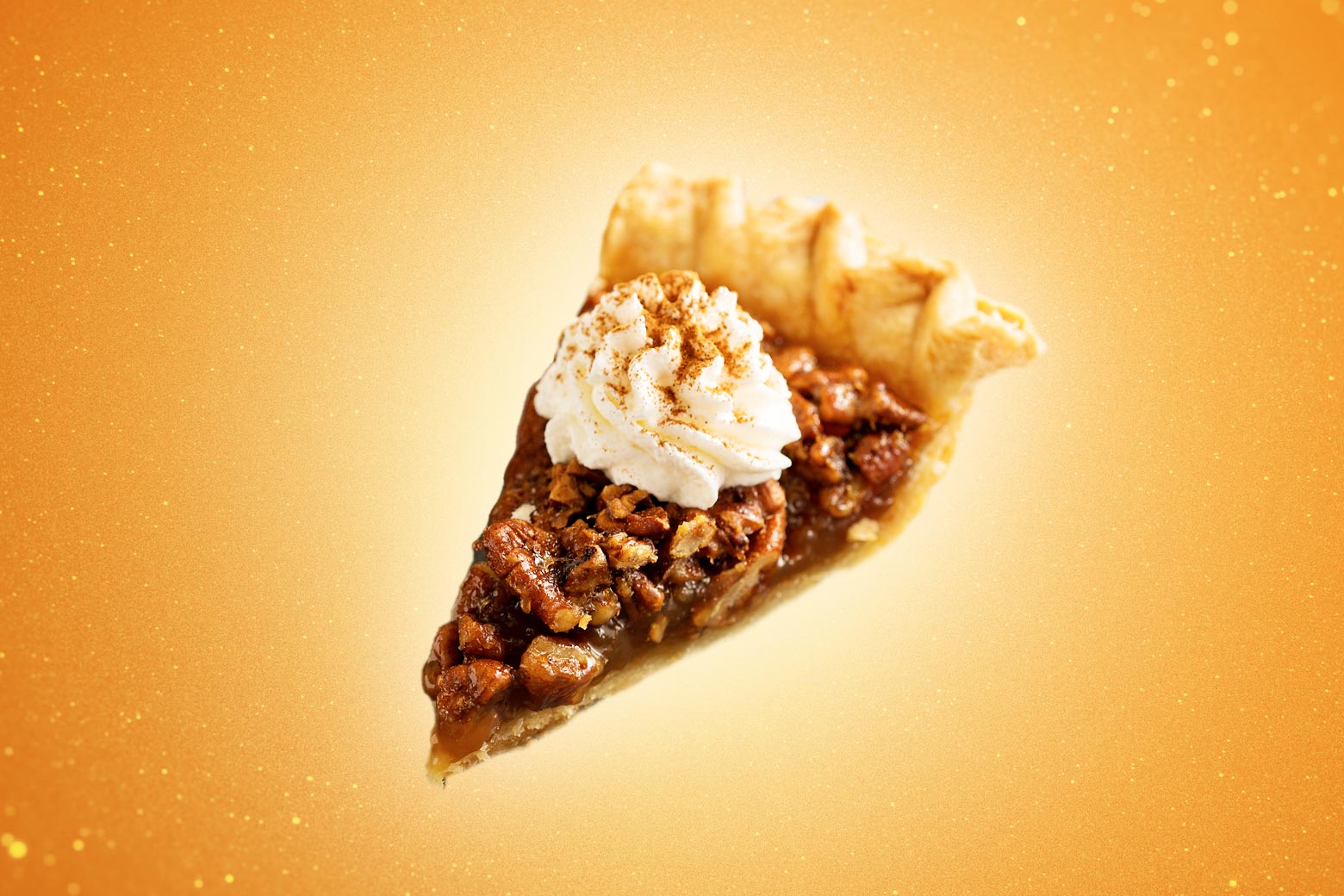 Why pecan pie is quintessentially American; how Thanksgiving is supposedly about free enterprise vs. communism; why people don’t believe crime rates are down in big cities; how the TV show Yellowstone appeals to the conservative narrative about big government; why good guys don’t need guns to bring down the bad guys.

Slate, 24 Nov 2022: The Extremely American History of Pecan Pie, subtitled “It’s not just that it was popularized by a marketing ploy.”

Partly because pecans are indigenous to North America, and partly because of a marketing campaign by Karo Corn Syrup, a liquid sweetener introduced in 1902.

The Karo pecan pie finally hit the scene in the 1930s—the story goes that the wife of a corporate sales executive dreamed up a nifty little recipe that would put Karo to use. It called for corn syrup, sugar, eggs, vanilla, and pecans, all baked up in a pie shell. It was, quite obviously, a modern pecan pie, one that distinguished itself from the regional versions that had popped up in southern states. Eventually, it became the pecan pie, eclipsing the individual heritage recipes to become the definitive version of this dish.

Slate, 22 Nov 2021: The Fruits of Their Labors, subtitled “How Thanksgiving became a free-enterprise holiday.”

Conservatives love to tell stories of how Thanksgiving represents a victory of free enterprise over communism.

The attempt to recast Thanksgiving from a wholesome symbol of state-sanctioned security to a rejection of that very principle was only a small part of an overall critique of the emerging welfare state. The battle to reclaim the meaning of Thanksgiving was a form of politics by historical means. The lesson had less to do with the fate of the Pilgrims in the 1620s, than with the dangers of totalitarian collectivism in the guise of contemporary liberalism. Do all American families deserve a November Thursday off work to sit around a groaning table together—or just some, who’ve earned their cranberries and sweet potato casserole the right way? There’s a lot at stake in that debate, and those who talk about free enterprise Thanksgiving know it.

Vox, 24 Nov 2022: The very human, very troubling stories we tell ourselves about crime, subtitled “I’m safer now in New York than nearly any other year I’ve lived here. Why don’t people believe it?”

Because stories of crime are subject to anecdotalism, and there will always be a few violent crimes somewhere on any given day, and conservatives use crime to scare people into voting Republican.

Statistically, the Big Apple is safer than small-town America, and its per-capita murder rate was at the bottom of the list of big cities in early 2022. I’ve been intrigued and baffled hearing from people from my hometown (which leads upstate New York in crime statistics) who might have taken a day trip down to the city to see the Christmas decorations and eat some roasted chestnuts, but won’t travel here anymore because they think it’s a war zone.

Slate, 22 Nov 2022: Kevin Costner’s Yellowstone Doc for Fox Has a Lot of Wrong Ideas About History, subtitled “The federal government created this beautiful park. Guess who doesn’t want to admit it?”

The show is especially popular among anti-government conservatives.

And then there was the passage of the Yellowstone Act itself. The legislators who voted against it were conservatives, long-standing Democrats (the parties were flipped back then, remember) who objected to the Act’s federal overreach, and to what they saw as its violation of white settler land rights. Costner doesn’t mention the vote at all, or why Hayden was able to lobby Congress so successfully for the passage of the Act. Most liberal Republicans were already in favor of it. They had voted to give Hayden money to explore Yellowstone, and some of them had sent their sons along to work as expedition assistants.

This is not a narrative that would appeal to a Fox Nation audience, of course. Viewers who pay for Fox’s streaming channel want to gaze in wonder at the Lower Falls and Mammoth Hot Springs, but they don’t want to admit that they are able to do so because the American federal government has actually done some amazing, world-changing things in its long history. They would much rather believe the fictitious story that Yellowstone: One-Fifty sells, about Hayden single-handedly fighting the powers that be and winning one for the common man.

Conservatives shape the narrative to justify themselves owning more and more guns. They *know* what’s true and data will not dissuade them.

This entry was posted in Culture, Narrative. Bookmark the permalink.