In the second half of this two-part episode, revelations from an earlier Enterprise visit to Talos IV reveal why Spock has hijacked the Enterprise to take earlier Captain Pike, now crippled, back to that forbidden planet. 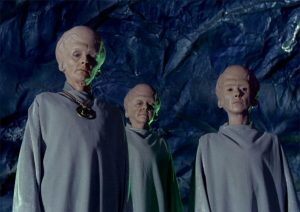