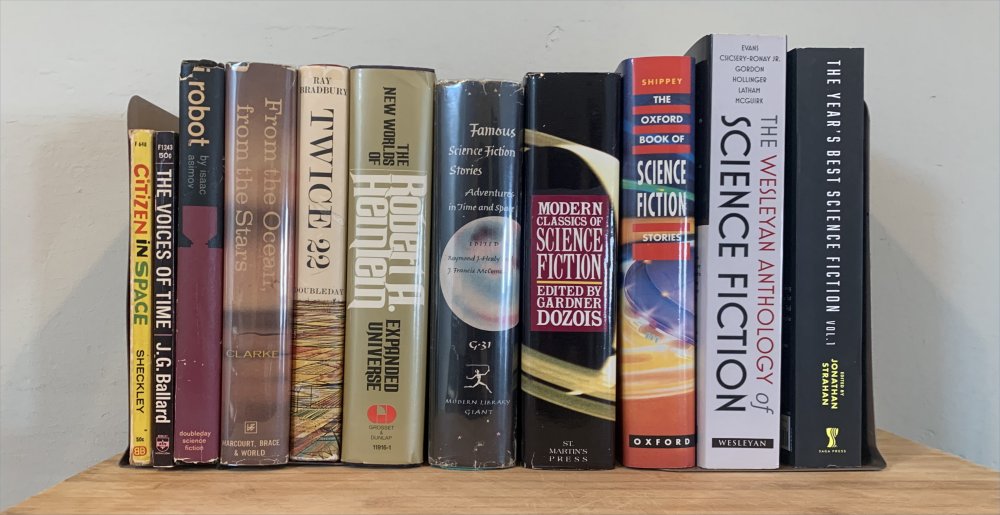 I wrote reviews of newly published science fiction and fantasy stories for over a decade in Locus Magazine beginning in 1988. Isfdb has this bibliography of those columns and of other reviews and commentaries, virtually all for Locus.

Links to seven of the 1997 columns are on this page, a capture of my very first web page on Compuserve created in 1997 just before I launched Locus Online.

Since the Locus columns ended in 2001, I’ve read relatively little short fiction, except for occasionally rereading works by “classic” authors. These are typically found in single-author collections (like those at left in the pic) or in anthologies of reprinted works (like the books at right).

None of these selections are yet comprehensive.