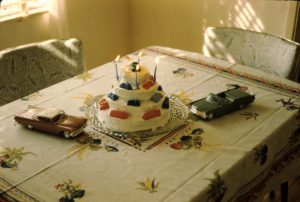 Two more of me, likely from the same era. The second one is in the driveway, as if I were walking home from the bus stop to school. 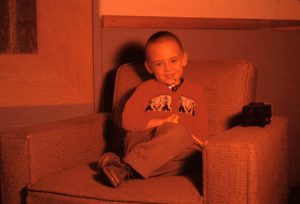 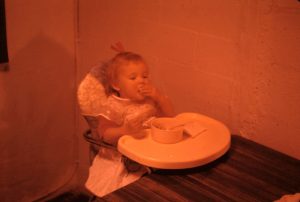 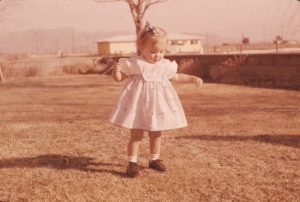 Then one of our mother, Sue, and me sitting on the couch (which was the word we used). 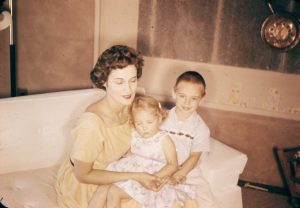 Then, moving forward again to 1962 or so, several more of Sue, one in her famous blue velvet dress, and several of our mother, Sue, and me posing in front of the house near the crab-apple tree. 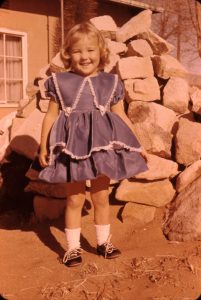 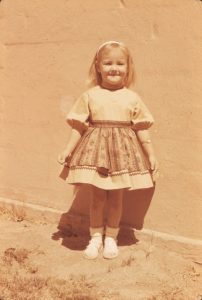 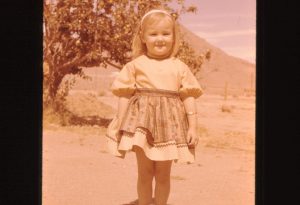 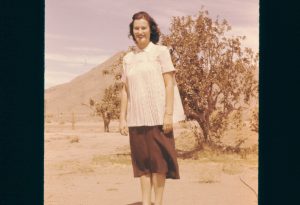 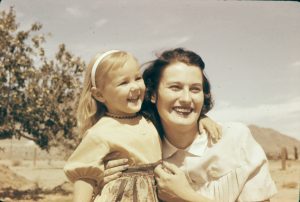 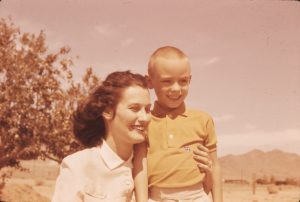 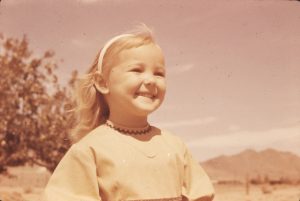 Finally, two pics of who I think is baby Lisa. 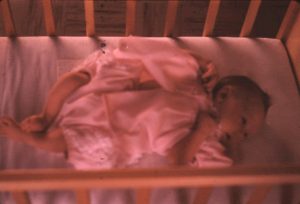 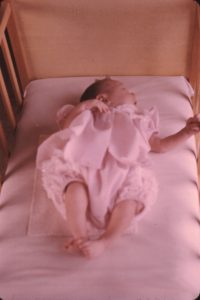