Parents and Other Family Members

Here’s a page of iPhone photos of various prints, some in frames, from the boxes of loose materials my father gathered over many years. Virtually all of these are not annotated on the backs in any way, so it’s speculative when they were take. 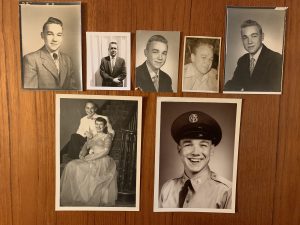 Then my mother. The lower left is new to me, showing her very young. In upper left is my mother and uncle as kids, with their mother (“Grammie”). 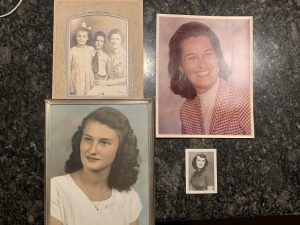 Next, both sides of four pages from a photo album (they were loose like this in the box of memorabilia). You can click on these to see them full sized. Most of these are from my parents’ marriage; others are individual shots of them, and my Uncle Bob (upper left). 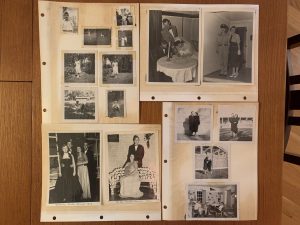 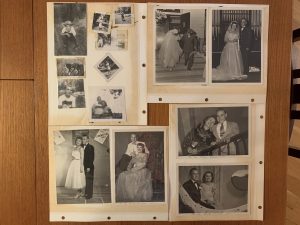 Here are my father’s parents, the left one a familiar portrait, the right one new to me, the couple with their three children. 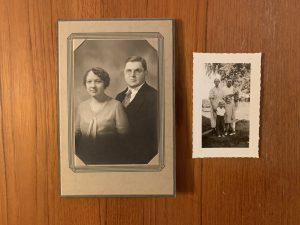 And here are two photos of my mother’s father — the sheriff who died in the line of duty. The lower one is a familiar portrait (that’s how they wore ties in those days, apparently). The one above it is not from my father’s boxes, but from my Uncle Bob, who went to Washington DC (sometime around 2000 I think) for a memorial service for fallen peace officers, and received this photo inside the blue sleeve. 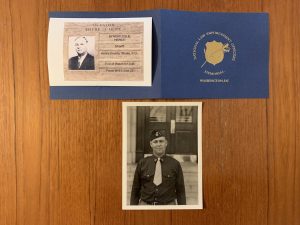 These photos are from my parents’ years in England. Upper left is a street in Felixstowe, where they lived. Middle shows them with me as a child. Upper right is, I think, the neighbor Ruby they spoke of in later years. In the center is Ruby with us visiting some cathedral. And at the bottom is me as an infant. 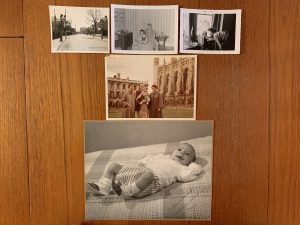 Here are assorted pictures of our family in later years, most of us kids. I don’t know who the other kids are, in the birthday pic at top middle. That’s Grammie in Apple Valley, upper right, and us kids with our Samoyed Tina in the yard of the Apple Valley House. The next one is Tina with puppies, on the lawn of the Reseda house. And finally is a picture of our cousins in Cambridge Illinois– Ronnie, Cheryl, Christine (who was my age), Cathy, and Kelly. 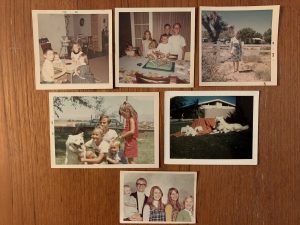 There are a few other shots of material from these boxes that I’ll install on other pages, including lots of loose photos of me at various ages, which I’ll post with my memoir pages (eventually).