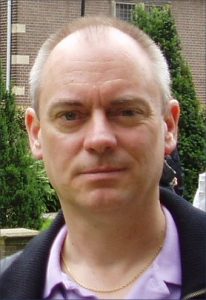 This is the blog and homepage of Mark R. Kelly, the founder of Locus Online in 1997 (for which I won a Hugo Award in 2002 — see the icon at right) and of an index to science fiction awards in 2000 that became sfadb.com in 2012. I’m retired from my day job of 30 years, from 1982 to 2012, as an aerospace software engineer, supporting the Space Shuttle and the International Space Station.

Posts here are mostly about my reading, of science fiction and of books about science, history, philosophy, and religion; and comments to articles in newspapers that I link to. Movie reviews and pics from travels are posted on Facebook.

More on my About page, including a photo of the Hugo Winners the year I was among them, and links to an index of my columns and other writings, and to my earliest homepage with links to some of my work.

Those who know me even casually – say acquaintances at work, or at conventions — likely know that I like books, read a lot (especially science fiction), and like working big projects, like Locus Online and the Science Fiction Awards Database, by myself and on my own terms.

Those who know me somewhat better – say family and friends with whom I have visiting acquaintance – know that I like cats, hiking, fine dining, cooking at home, and movies (classic, or of some critical merit; rarely big blockbuster hits).

Even those closest to me may be unaware of some of my favorite things: The Apple Valley desert and deserts in general; the film 2001 and to a lesser extent (due to violence) Blade Runner; Beethoven’s “Moonlight Sonata”; composers Mahler and Glass; certain types of movie music quite apart from the films they support; the Myst games and a couple that are similar (but generally no other video games); martinis; maps.

And then there are the things that are popular with others but which I have no interest in at all (consider these blind spots): sports, superheroes, comic books, Star Wars, first-person shooter video games, amusement parts, shopping. (I have an intellectual interest, but no interest in participating, in politics and religion.) Fireworks. Guns.