Maureen F. McHugh, “The Cost to Be Wise” 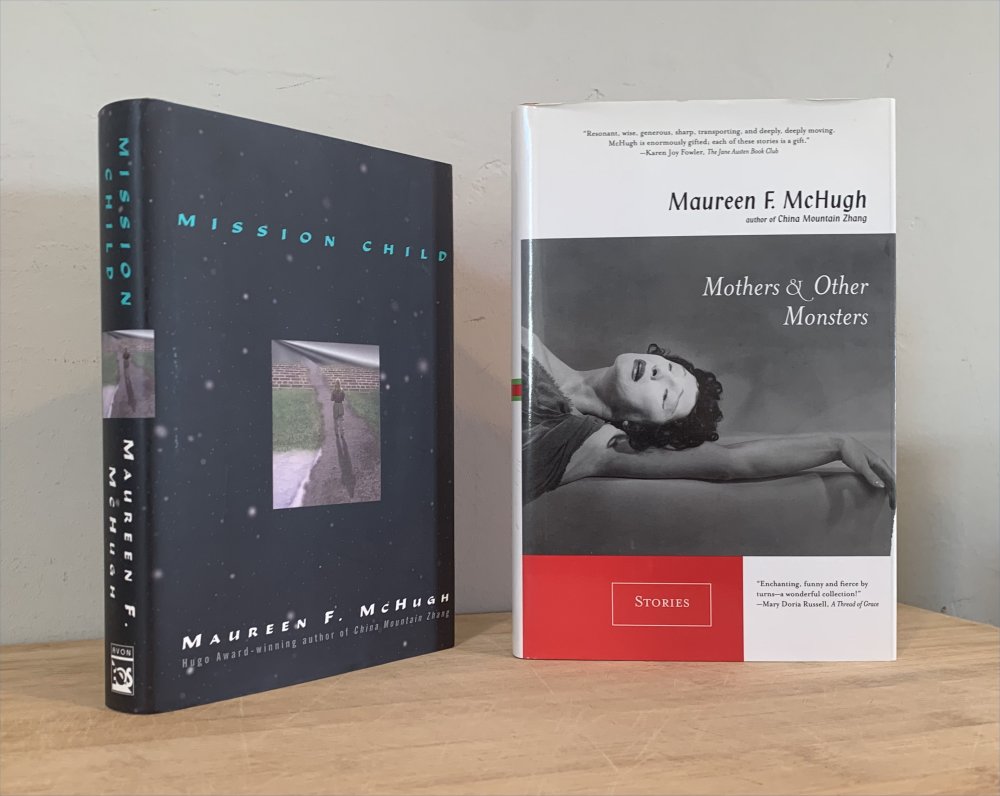 This week’s Sunday novella is “The Cost to be Wise” by Maureen F. McHugh. It was first published in the anthology Starlight 1, published in 1996. Subsequently it’s been published, aside from these Dozois anthologies, in the author’s collection Mothers & Other Monsters (2006), and it formed the first part of the author’s novel Mission Child (1998). (It must have been extensively revised, or repurposed, for the novel, since the section corresponding to the story runs 40 pages, compared to 48 pages of tinier print in the collection. And all the characters names have changed.)

McHugh debuted in 1988 and made a splash with her first novel, China Mountain Zhang (1992), about a gay Chinese man in 22nd century dominated by China. Aside from Mission Child there were two later novels in 1994 and 2001, and none since. Three or four dozen shorter works, of which only “The Lincoln Train” won major awards, a Hugo and a Locus. The story under discussion was a Hugo and Nebula finalist, and placed 10th in the Locus Poll.

I’ll quote from the review I wrote for Locus‘s August 1996 issue.

Janna is a teenage girl in the community of Sckarline on a cold dark colony planet only recently rediscovered by Earth. She understands who offworlders are, and is fascinated when two of them come to her village, including Veronique, who speaks English and brings a box made of plastic, a substance Janna finds exotic. The colony was deliberately designed to be low-tech, to employ only “appropriate technology,” and Janna can recite the reasons why even if she doesn’t entirely understand them. But not everyone on the planet follows this philosophy; soon “outrunner” traders, with guns, show up to raid the village’s distillery of “whisak.”

The outrunners get rough and people are killed, and one of Janna’s teachers reluctantly brings out the hidden (high-tech) devices Janna may need to survive. The story ends in an abrupt right-turn away from an easy resolution; perhaps this is in fact the first couple chapters of the forthcoming novel. There is still a lot to explore about Janna and her world.

Actually it seems only Janna’s community follows the “developmental philosophy” of appropriate technology, and the young ones, like Janna, don’t really understand it. So in one sense the story plays out a social experiment as it goes wrong. What happens when a community that limits itself to technology it can create and sustain without any outside help — excluding, for example, guns, not to mention anything high-tech — encounters brigands who do have, say, guns. It’s not pretty.

This social experiment theme is in the background, though. The foreground is about the character Janna, who barely understands that an outside world exists, as she meets an offworlder, a young woman and grad student come to learn about this world, and is both perplexed and charmed by her. Then comes the invasion and the devastating aftermath. In how many ways must she become wise?

The story ends with two characters in the community still alive, but (spoiler) the community destroyed. What happens next? We don’t know from reading the story, but presumably that’s what the rest of the novel is about.

Aside from this inconclusive conclusion, I have no criticisms of the story, exactly, though I’m not sure if would have made my own cut of the best 16 or 17 novellas from the 20 year span of Dozois’ two Best of Best anthologies.