The Enterprise discovers a “sleeper ship” full of hibernating superhuman refugees from 1990s Earth, whose leader tries to take over the Enterprise. 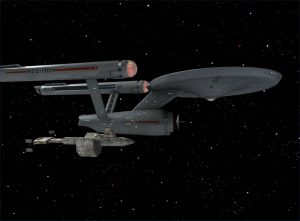