Tyson, LETTERS FROM AN ASTROPHYSICIST 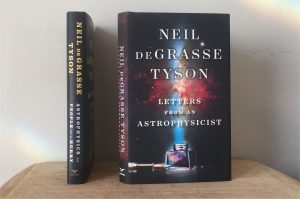 Here’s a new book by Neil deGrasse Tyson, just published a couple weeks ago. It’s blurbed as a ‘companion’ to his previous book, ASTROPHYSICS FOR PEOPLE IN A HURRY; post about that one here.

This is a collection of 101 letters (or emails) he’s received over the years, with his answers. In a few cases he summarizes the original query. Throughout Tyson is polite and restrained where he could be confrontational. Keeping the outline of the book, here are some highlights.

This entry was posted in Book Notes, Meaning, Science. Bookmark the permalink.