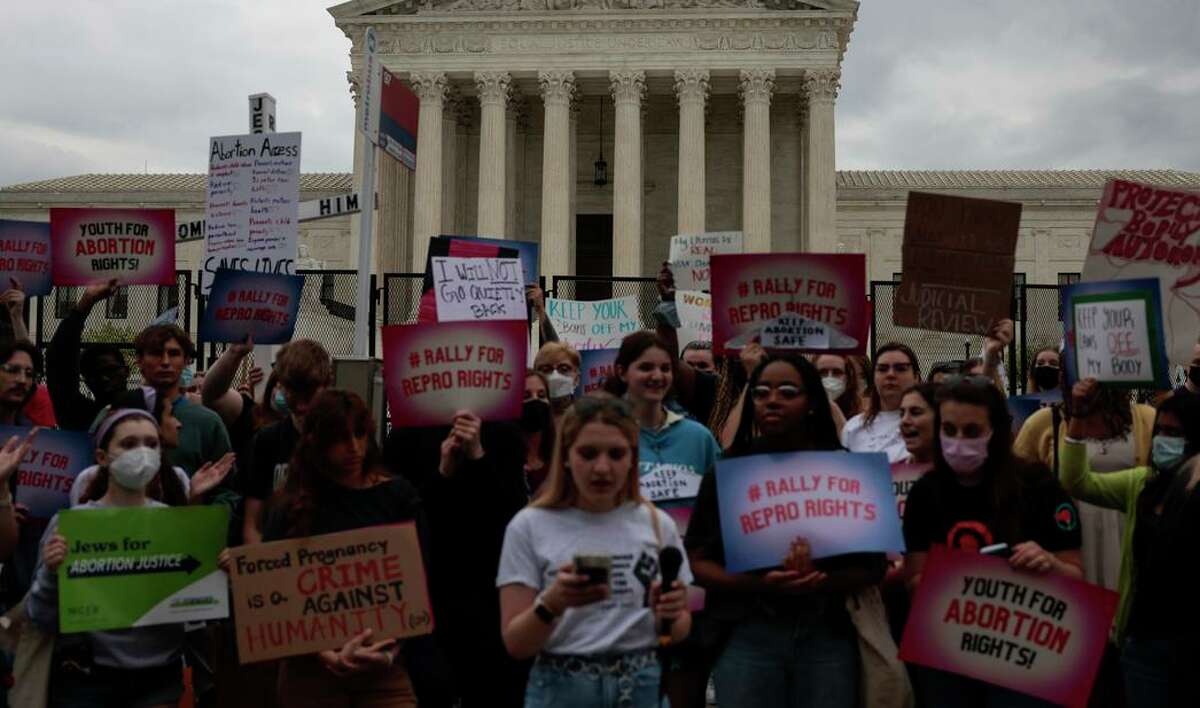 For Jews, it is no exaggeration to say that access to abortion services isn’t just tolerated, it is a religious requirement, and has been for thousands of years.

Surprised? Let’s dig into some of the texts.

The Torah couldn’t be more explicit: A fetus is not the same as a human life.

The Talmud, a central religious text for Jews written over 1,400 years ago, makes this even clearer by stating that “a fetus is considered a part of the pregnant person’s body, equivalent to their thigh.”

That’s *their* religious belief. Christians want to impose their religion on the Jews (and everyone else). Do they care? No.

The Atlantic, Adam Serwer, 3 May 2022: Alito’s Plan to Repeal the 20th Century, subtitled, “If the conservative justice’s draft opinion is adopted by the Court, key advances of the past hundred years could be rolled back.”

Alito’s writing reflects the current tone of right-wing discourse: grandiose and contemptuous, disingenuous and self-contradictory, with the necessary undertone of self-pity as justification.

If the draft becomes the Court’s decision, however, it would have implications for more than just abortion. In the U.S., the rights of many marginalized groups are tied to the legal precedents established in the fight for abortion rights. This opinion, if adopted, provides a path to nullifying those rights one by one.

Alito is saying there is no freedom from state coercion that conservatives cannot strip away if conservatives find that freedom personally distasteful. The rights of heterosexual married couples to obtain contraception, or of LGBTQ people to be free from discrimination, are obvious targets. But other rights that Americans now take for granted could easily be excluded by this capricious reasoning.

Alito is saying there is no freedom from state coercion that conservatives cannot strip away if conservatives find that freedom personally distasteful. The rights of heterosexual married couples to obtain contraception, or of LGBTQ people to be free from discrimination, are obvious targets. But other rights that Americans now take for granted could easily be excluded by this capricious reasoning.

This has been true for a while, as conservatives use claims of “religious freedom” as an exemption, or get-out-of-jail-free card, from following the rules of a civil society that the rest of us follow.

It should be said of course that science fiction has recognized this threat for decades. There are any number of stories (the best-known currently is probably Atwood’s The Handmaid’s Tale) about religion taking over the government and imposing its strictures on the general population. These are regraded as dystopias (bad). I wonder, in Christian fiction, are these regarded as utopias (good)?

And in early SF, stories by Asimov and Heinlein took the idea of religious objections to progress, and the potential of religious theocracies, as obvious premises. So I think this is a trend that will never go away — but in the long run, progress is winning out over religion.

Finally, a Facebook post that’s been circulating for a few days, by one Gemma Peri, who says she is a PhD whose “area of expertise happens to be women and gender in the early modern era (1500-1700).” She doesn’t have any online profile I can find anywhere, but then, many people do not. Still. She is very attentive to “Alito’s invocation of Sir Matthew Hale.” (1609 – 1676)

Matthew Hale, just like a lot of Christian extremists today, believed that women were made from Adam’s rib. God did not make her as an autonomous being with rights. She was a physical extension of his body, made to be his “helpmeet,” namely to exist to help him to whatever he wants.

There is much, much more, but the point is that Alito is appealing to the most primitive conceptions of human sexual roles. Concluding:

If they think of white Christian women this way, imagine what they think about women of color, women of non-Christian groups, or trans women and men. The utter disdain towards them is deep, disturbing, incomprehensible, and violent.

Here in the 21st century so many of us are still beholden to ancient, primitive, conceptions of the world, which systematic investigation (science) have shown are wrong. We’ve become a global society, and to the extent these incorrect conceptions about the world dominate, we are a doomed species.