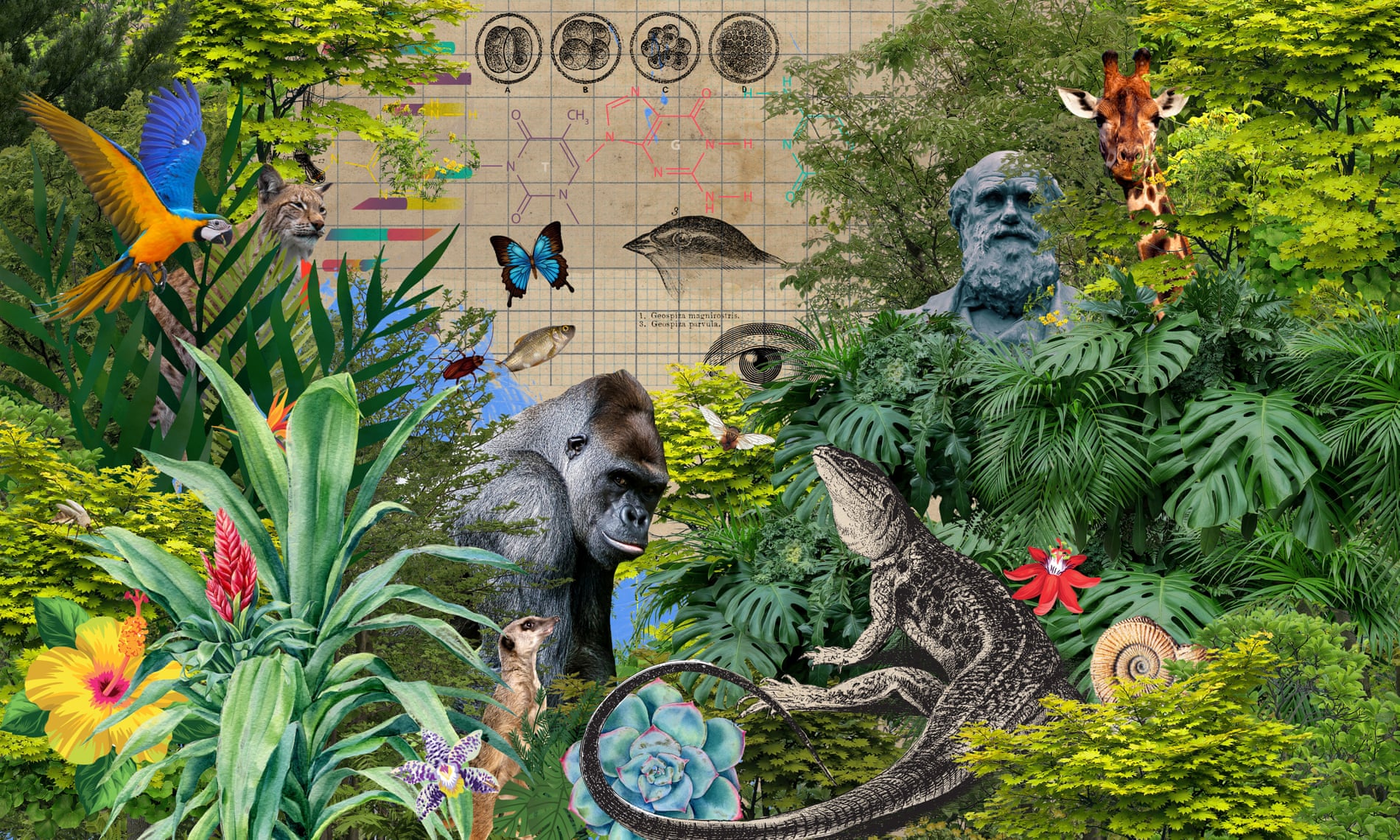 Jerry Coyne, 29 Jun 2022: Once again: A misguided article on why the theory of evolution is obsolete

This discusses an article in the UK newspaper Guardian, Do we need a new theory of evolution?, by Stephen Buranyi, which uses the image linked above.

Of course journalist Buranyi’s answer implies “yes” and evolutionary biologist Coyne’s is a definite “no.”

This article in the Guardian really says nothing new beyond what a dozen articles have said already: “There are things we know about evolution that Darwin never imagined, and we’ve made many discoveries that weren’t part of the ‘modern synthetic theory of evolution’ forged in the Thirties and Forties.”  I’ve posted a ton about these issues already, many of which are said to form an “Extended Evolutionary Synthesis”, or EES. It turns out that yes, things like the neutral theory and epigenetics weren’t imagined by Darwin, who knew nothing about heredity, or even by the great Theodosius Dobzhansky, but the exponents of the EES sometimes try to pretend that it’s more than an extension of evolutionary biology, but a Kuhnian “revolution” mandating a “new theory of evolution”. Indeed that’s what the article below maintains. (The answer to the headline question is “yes.”)

But in fact we do not need a new theory of evolution: the basic theory proposed by Darwin in 1859, which includes gradualism, variation, natural selection as a critical factor responsible for adaptation, splitting of lineages, and the resultant common ancestry of all species and individuals, still holds. But we know a lot more now, and most of it can easily be incorporated into evolutionary biology. In fact, if you look at evolution textbooks from a few years ago, you’ll find phenomena like epigenesis, the neutral theory, “niche construction”, plasticity, and the like not only discussed, but shown to have been part of discussions about evolution for half a century or more. Now they’re simply part of “evolutionary biology”, which, yes, has expanded, but not in a manner that mandates replacing the old theory. Like cosmology, we just add new stuff to the field as it turns up, and ditch the stuff that turns out to be wrong.

Yet the author, Stephen Buranyi, a Guardian science writer, cannot help himself from not only distorting the history of evolutionary biology, but arguing that evolutionary biology needs a thorough rehaul (It doesn’t, for it’s not like “Darwin was totally wrong!”) And Buranyi takes great delight in couching the scientific debate about the importance of various factors in organismal evolution as “a culture war.” That’s nuts, it’s just a normal debate in science, and the outcome hinges on facts, not ideology.

Coyne goes through the article’s main points (the first of which is about the eye!) and shows how they are not problems, are not threats to the basic principles of Darwinian evolution.

My take is that the villain here is simply what might be called journalistic opportunism. Magazines and papers gotta fill their pages somehow, and anything that evokes controversy is good for sales. And so you see articles like this from time to time in all but the best outlets. (I’m not familiar enough with Guardian to know if this type of things is something to expect from them or not.) I remember one from decades ago in Harper’s that claimed evolution was vacuous because “survival of the fittest” was a tautology; the writer was too focused on the words to bother with what they were trying to describe. Naturally, actual scientists shrug off or simply ignore these kinds of critiques.

The problem with this kind of thing, of course, is that it gives comfort to the doubters or deniers of evolution, who would gather from pieces like this that evolution is a “theory in crisis” and can’t be trusted. So the black and white simplicities of creationism can be true after all.

Today Coyne has another post, Pinker: The “evolution war” is also a culture war, in which Steven Pinker responds to Coyne’s comments about whether or not all of this is part of a larger “culture war.”

I suspect that this is a culture war. Left-wing intellectual elites can’t stand the aroma of Darwinism, with its apparent glorification of competition, functional utility, and inheritance. They’re too respectful of science to go the creationist or ID route, so they probe for loopholes that seem to allow for more agency and creativity. It’s all what Richard [Dawkins] called “poetic science” and what I call “science schmaltz.” That’s why this spectacle of twisting codicils and asterisks into “scientific revolutions” periodically gets played out in NYRB, the Guardian, and other right-thinking publications.

(NYRB is New York Review of Books, not to be confused with other similarly titled publications.)

This raises the ironic point that evolution in particular has its critics not just on the *right*, from those who prefer religious creation stories, or who simply can’t wrap their minds around the vast amounts of time evolution has had to work and so find it implausible (Dawkins’ “argument from personal incredulity”), but on the *left*, those who for decades have objected to biological ‘determinism’ that would seem to undermine the ideals of equality. Thus the matter that I mentioned recently, how some people still think that if you give boys and girls gender-neutral toys, or mix up the toys traditionally associated with gender, then the psychological difference between boys and girls will go away. As if they were cultural constructs. And that that has not turned out to be the case.

Something similar to these occasional critiques in the mainstream press about evolution has occurred over the decades about science fiction. These were written typically by literary people trying to explain how science fiction simply didn’t count as fiction, for one reason or another. Of course, these critics had extremely narrow conceptions of what good fiction consisted of. (Typically that fiction was about character, and how characters change.) They were like art critics insisting paintings should be as much like photographs as possible, or music critics insisting that music must be hummable. Decades have passed and many of the books those critics panned are now turning up in pricey hardcover omnibuses from the Library of America.