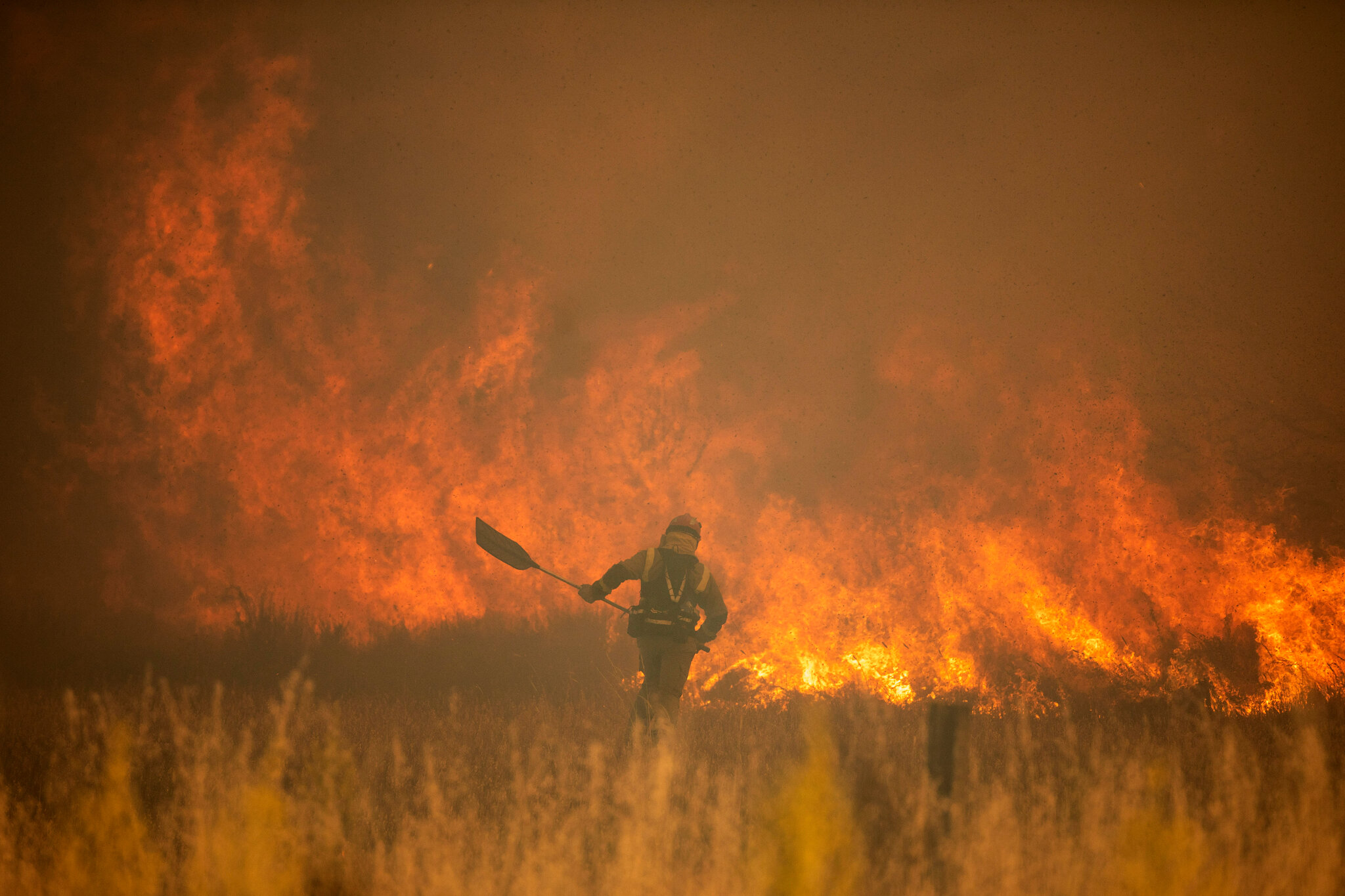 Today, links about the threats, to American democracy and the survival of the planet, from conservatives, especially the religious ones.

For party fealty is, of course, what this is all about. Anyone who believes that the recent series of blockbuster court rulings reflects any consistent legal theory is being willfully naïve: Clearly, the way this court interprets the law is almost entirely determined by what serves Republican interests. If states want to ban abortion, well, that’s their prerogative. If New York has a law restricting the concealed carrying of firearms, well, that’s unconstitutional.

The question is, how did letting the planet burn become a key G.O.P. tenet?

Partly “follow the money” — oil and coal industries contribute heavily to Republicans. But there must be more. “That’s a discussion for another day.”

Part of the reason might be that Christians simply don’t believe their God would ever “let” the planet become uninhabitable. Run the red light, Jesus will save me! Or, maybe they’re just being played.

NYT, Katherine Stewart, 5 Jul 2022: Christian Nationalists Are Excited About What Comes Next

The shape of the Christian nationalist movement in the post-Roe future is coming into view, and it should terrify anyone concerned for the future of constitutional democracy.

The Supreme Court’s decision to rescind the reproductive rights that American women have enjoyed over the past half-century will not lead America’s homegrown religious authoritarians to retire from the culture wars and enjoy a sweet moment of triumph. On the contrary, movement leaders are already preparing for a new and more brutal phase of their assault on individual rights and democratic self-governance. Breaking American democracy isn’t an unintended side effect of Christian nationalism. It is the point of the project.

Americans who stand outside the movement have consistently underestimated its radicalism. But this movement has been explicitly antidemocratic and anti-American for a long time.

It is also a mistake to imagine that Christian nationalism is a social movement arising from the grassroots and aiming to satisfy the real needs of its base. It isn’t. This is a leader-driven movement. The leaders set the agenda, and their main goals are power and access to public money. They aren’t serving the interests of their base; they are exploiting their base as a means of exploiting the rest of us.

Christian nationalism isn’t a route to the future. Its purpose is to hollow out democracy until nothing is left but a thin cover for rule by a supposedly right-thinking elite, bubble-wrapped in sanctimony and insulated from any real democratic check on its power.

Coincidentally, I saw an example today on Fb of precisely my point at the top of yesterday’s post. I won’t quote it, just link it.

Vox updates its guide to America’s unique, enduring gun problem, explained. “The factors that lead to tragedies like those in Highland Park, Tulsa and Uvalde are deeply ingrained in US politics, culture, and law.”

Republican math, from Nikki Haley (who has an accounting degree). “The Republican politician showed a list that attempted to blame Biden for inflation, which is actually a problem that is happening around the world.” 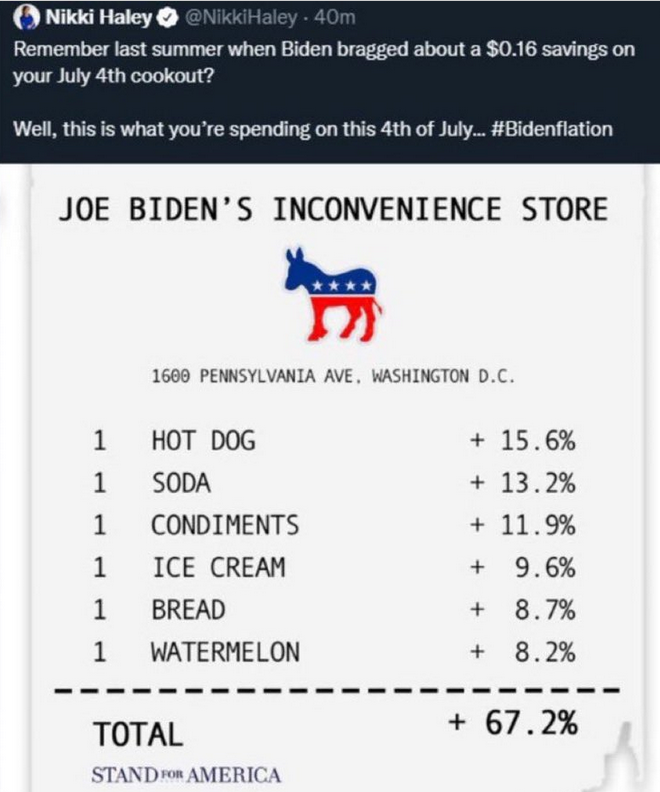 Another dim bulb. Mass shootings are all Big Pharma’s fault. Again I’ll link but not quote.

Nope: they’re about American gun culture saturating the nation with guns. The mass shootings are on the 2nd Amendment cultists.

Just the headlines are enough, I think:

Slate, Orion De Nevers, 5 Jul 2022: Kansas Set Up an Election for Voters to “Decide” Abortion. Then It Stacked the Deck., subtitled, “The move underscores the problem with the Supreme Court leaving abortion up to the states.”

Salon, John Davenport, 5 Jul 2022: An endless arms race: How to fight the NRA’s absurd solution to mass shootings, subtitled, “More armed guards everywhere, more guns everywhere. Do you want to live in that country? It’s time to say no”

Slate, Dahlia Lithwick, 29 Jun 2022: The Story This Court Is Telling About Who Deserves Rights, subtitled, “Men are free to pray everywhere. Women do not even retain autonomy over their own bodies.”

With a photo of that coach, publicly praying. What was it Jesus said about public prayer…? Apparently that coach is less familiar with it than I am.

This entry was posted in Conservative Resistance, Religion, Science. Bookmark the permalink.