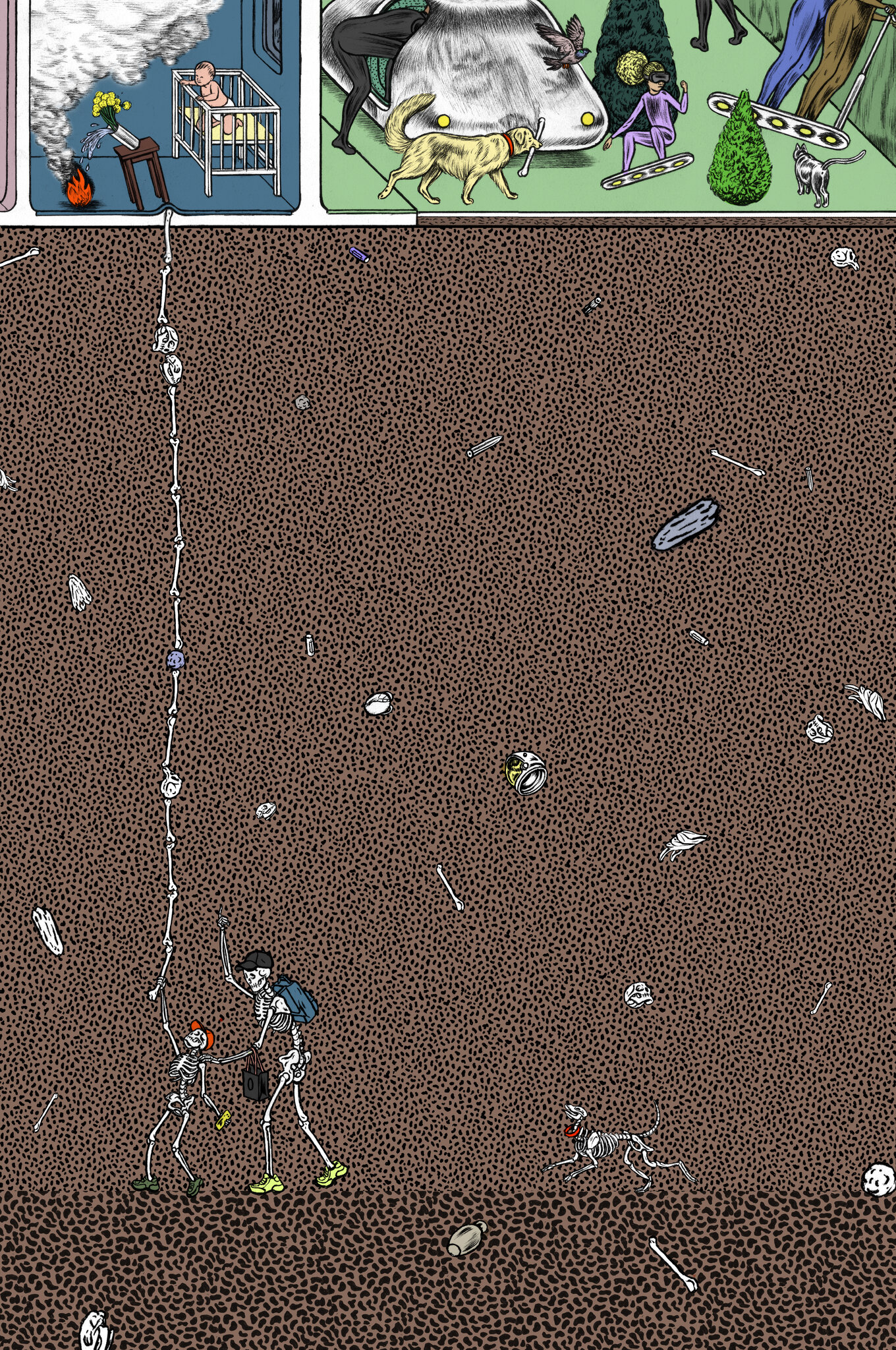 A key aspect of (good) science fiction is that it takes a long term view, of the species, of the universe, as so few individual people do.

The essay begins with a thought experiment about the total length of all human lives to date, compared to the number that might happen in the future.

I offer this thought experiment because morality, at its core, is about putting ourselves in others’ shoes and treating their interests as we do our own. When we do this at the full scale of human history, the future — where almost everyone lives and where almost all potential for joy and misery lies — comes to the fore.

These are some of the questions that motivate longtermism: the idea that positively influencing the long-term future is a key moral priority of our time.

Longtermism is about taking seriously just how big the future could be and how high the stakes are in shaping it. If humanity survives to even a fraction of its potential life span, then, strange as it may seem, we are the ancients: we live at the very beginning of history, in its most distant past. What we do now will affect untold numbers of future people. We need to act wisely.

This is all perfectly straightfoward, except that such a small fraction of the population cares for anything beyond immediate gratification. (Especially a certain political party, which takes no responsibility for happens to anyone beyond the next election cycle.))

But society tends to neglect the future in favor of the present. Future people are utterly disenfranchised. They can’t vote or lobby or run for public office, so politicians have scant incentive to think about them. They can’t tweet, or write articles, or march in the streets. They are the true silent majority. And though we can’t give political power to future people, we can at least give them fair consideration. We can renounce the tyranny of the present over the future and act as trustees for all of humanity, helping to create a flourishing world for the generations to come.

We face massive problems today, and the world is full of needless suffering, but in some ways we have made remarkable progress over the past few hundred years. Three hundred years ago, the average life expectancy was less than 40 years; today, it’s over 70. More than 80 percent of the world lived in extreme poverty; now just around 10 percent does. Women were, for the most part, unable to attend universities, and the feminist movement didn’t exist. No one lived in a democracy; now over half the world does. We’ve come a long way.

Many ways things have changed and are changing.

Our era is undergoing an unprecedented amount of change. Currently, the world economy doubles in size about every 19 years. But before the Industrial Revolution, it took hundreds of years for the world economy to double; and for hundreds of thousands of years before that, growth rates were close to zero. What’s more, the current rate of growth cannot continue forever; within just 10,000 years, there would be a trillion civilizations’ worth of economic output for every reachable atom.

All this indicates that we are living through a unique and precarious chapter in humanity’s story. Out of the hundreds of thousands of years in humanity’s past — and the potentially billions of years in its future — we find ourselves living now, at a time of extraordinary change.

A time marked by thousands of nuclear warheads standing ready to fire. A time when we are rapidly burning fossil fuels, producing pollution that might last hundreds of thousands of years. A time when we can see catastrophes on the horizon — from engineered viruses to A.I.-enabled totalitarianism — and can act to prevent them.

To be alive at such a time is both an exceptional opportunity and a profound responsibility: We can be pivotal in steering the future onto a better trajectory. There’s no better time for a movement to stand up, not just for our generation or even our children’s generation, but for all the generations yet to come.

Again, among the few who appreciate these things are science fiction writers and readers.

This entry was posted in Human Progress, science fiction. Bookmark the permalink.