I Want to Live: TOS “The Enemy Within”

A transporter malfunction splits Kirk into two beings, one a savage Kirk, one a docile Kirk, while crew members on a freezing planet below cannot be rescued until the malfunction is fixed. 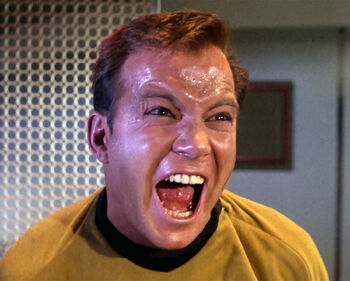 The Lawrence adaptation, in ST8, p31: