Kirk is pitted in a one-on-one contest with the reptilian alien captain of a starship that destroyed a Federation outpost. 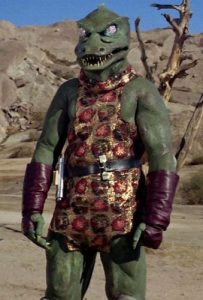