The Enterprise visits a planet run by a computer in the guise of religious belief to the all-seeing “Landru”, a computer Kirk defeats through a battle of logic. 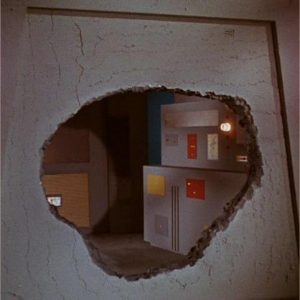