Complete Health and Peace of Mind? TOS #25: This Side of Paradise

The Enterprise visits an Earth colony whose inhabitants, infected by alien spores, live in idle contentment, one of whom met Spock and fell in love with him years before. 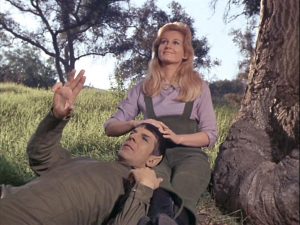