Many Such Journeys: TOS #28, “The City on the Edge of Forever”

The Enterprise visits a planet where a time portal enables a deranged McCoy to inadvertently change Earth’s history, forcing Kirk and Spock to travel to 1930s Earth, where Kirk falls in love. 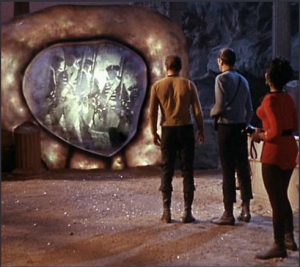