Several links that I collected on April 20th, the day I went to the hospital for what led to my heart transplant. 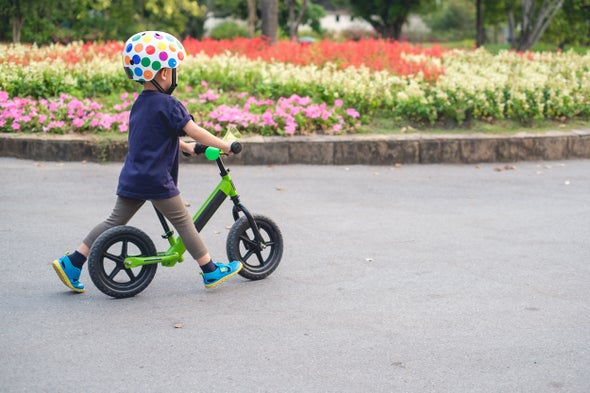 Subtitle, which pretty much says it all: “People often limit their creativity by continually adding new features to a design rather than removing existing ones”

Examples of “balance bikes” rather than bicycles with training wheels, and removing traffic lights and road signs to make streets safer. Plus studies.

A number of open questions remain, such as whether the bias against subtractive solutions generalizes across cultures and if it exists in childhood or develops over time. For now the team hopes that these findings will encourage people across various fields, whether they be engineering, architecture or medicine, to think about subtractive options—such as balance bikes—that might be typically be overlooked.

These ideas ring a bell with me because of a couple particular events in my life. One of the major projects I undertook in the early days of my employment with Rocketdyne was to take a huge block of (sensor-processing) code that had been repeatedly “patched,” in an inevitably inefficient way, and replacing it with a designed-from-scratch block code that did everything the former did, but in fewer words of computer memory. (This was in the day when the entire computer memory for the Space Shuttle Main Engine Controllers was 16K.) Granted this was more a matter of streamlining and efficiency, rather than doing away with features. It was still an example of going back to basics and rethinking everything from scratch, rather than to keep making modifications to earlier modifications.

Slate, 20 Apr 21: Our Quest to Understand the Human Brain Is Limited by Ethics, Not Science

The Atlantic, Adam Serwer, 20 Apr 21: ‘Anglo-Saxon’ Is What You Say When ‘Whites Only’ Is Too Inclusive, subtitled, “A new message proves too toxic for the Republican Party.”

This is partly about out-group prejudice, but also about the conservative idea of purity, and its flip side, disgust.

The Anglo-Saxonism to which I refer has little to do with the Germanic peoples who settled in medieval England. Rather, it’s an archaic, pseudoscientific intellectual trend that gained popularity during the height of immigration from Eastern and Southern Europe to the United States, at the turn of the 20th century. Nativists needed a way to explain why these immigrants—Polish, Russian, Greek, Italian, and Jewish—were distinct from earlier generations, and why their presence posed a danger.

And in the mid-19th century: “The Irish need not apply!”

This is about the open secret, acknowledged by the NYT only via discreet asterisks on its bestseller lists, that many sales of current books are based on “bulk sales” by organizations, not individual book-buyers. Why would anyone do that? Why, to get placement of books they approve of on bestseller lists, and thus gain a sort of legitimacy.

These bulk sales are invariably of books by conservative writers.

The problem with having a base that isn’t particularly interested in reading anything more than a headline is that it is hard to sell books to those folks. You couple that with holding and promoting wildly unpopular positions on health care, foreign policy, economics, race, and justice, and a proclivity to act morally hypocritical and you are creating the kinds of conditions most book publishers would shy away from. Add to that most of the things you say are factually incorrect, a potential lawsuit in the waiting for a publisher, and it is a wonder how any of these conservative jokes get publishing deals in the first place.

And it’s ironic that the targets of these campaigns are the prominent lists in the NY Times and Washington Post, papers that the conservatives brand “fake news.”

Slate, 20 Apr 21: Amy Coney Barrett Should Just Judge Without Bias Before Writing a Book on Judging Without Bias, subtitled, “It’s remarkably early in her term to receive this big of a book deal.”

On another topic, here’s a Facebook meme: This Sartre quote…

I’m sure I’ve made this point since April; perhaps this was the first time I realized it. I noted back in April when I collected this link:

Yet another example of what I am only recently realizing: lots of right-wing trolls and conspiracy theory mongers don’t sincerely believe what they’re saying. They’re like the people these days who just want to “own the libs.” They just want to see what they can get away with.

This is Sartre on anti-Semites:

“They delight in acting in bad faith, since they seek not to persuade by sound argument but to intimidate and disconcert. If you press them too closely, they will abruptly fall silent, loftily indicating by some phrase that the time for argument is past.”