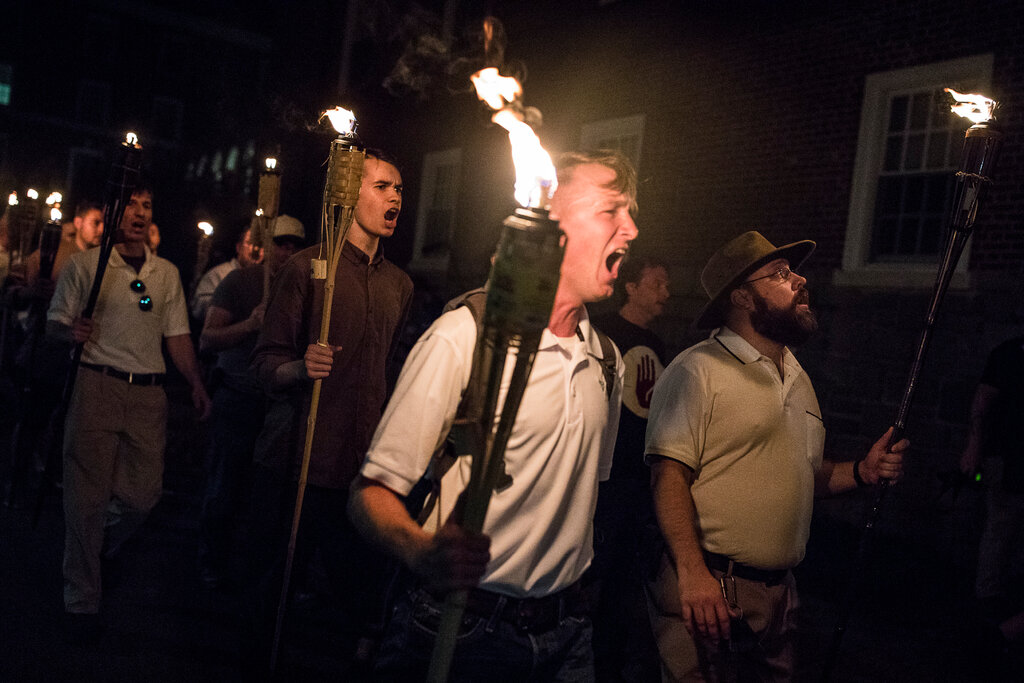 NYT, 15 May 2022: A Fringe Conspiracy Theory, Fostered Online, Is Refashioned by the G.O.P., subtitled, “Replacement theory, espoused by the suspect in the Buffalo massacre, has been embraced by some right-wing politicians and commentators.”

Three shootings, three different targets — but all linked by one sprawling, ever-mutating belief now commonly known as replacement theory. At the extremes of American life, replacement theory — the notion that Western elites, sometimes manipulated by Jews, want to “replace” and disempower white Americans — has become an engine of racist terror, helping inspire a wave of mass shootings in recent years and fueling the 2017 right-wing rally in Charlottesville, Va., that erupted in violence.

Nothing gets Republicans like Rep. Elise Stefanik angrier than reciting their own words back to them at a politically inconvenient moment.

Stefanik also plays this sanctimonious game: How dare anyone discern any racial overtones in her warning that native-born Americans should fear permanent subjugation from the largely non-White immigrants in their midst! What an absolutely outrageous suggestion!

Salon, Chauncey DeVega, 16 May 2022: Buffalo: This is where Donald Trump’s race-war fantasies lead, subtitled, “He feeds on white rage — it got him elected president. At this point, the horror in Buffalo isn’t even surprising”

The evidence is clear that Donald Trump was elected in 2016 primarily because of racism and white supremacy. Those toxic beliefs continue to define his enduring power and the loyalty of his millions of followers.

Like other forms of fascism, Trumpism is fueled by violent hostility toward “the Other,” however that is defined. Today’s Republican Party is America and the world’s largest white identity and white supremacist organization. Ever since Trump first launched his candidacy in 2015, America has seen a great increase in hate crimes and other racially motivated violence directed against Black and brown people, Jewish people, Muslims, LGBTQ people and other minority groups. Encouraged by Trump’s rhetoric and the literal and symbolic power of his presidency, white supremacists and other members of the global right have committed numerous mass shootings and other acts of terrorist violence.

Salon, Jon Skolnik, 16 May 2022: Doubling down on “great replacement” paranoia: How the right is reacting to the Buffalo shooting, subtitled, “The shooter appeared to motivated by a racist, right-wing theory known as the ‘great replacement'”

Days after an 18-year-old alleged supporter of the “great replacement” theory opened fire in a Buffalo grocery store located in a Black neighborhood, killing ten people and injuring three more on Saturday, right-wing pundits are attempting to downplay the mass shooting by baselessly claiming that the perpetrator was motivated by left-wing ideology.

Look! Over there! He said all those other things!

Why do white conservatives fear becoming minorities? Because it offends their self-righteous sense of superiority? Or is it because of how minorities are treated (largely by them) in this country?

This is racist, yes, and paranoid, yes, but in a way it’s just another conspiracy theory. These people really think some nation-wide coordination among hundreds of thousands of anti-white agents are trying to put them down? Sorry, guys; to the extent that this demographic trend is true (which surely is extremely slight; how many white people are there still in the US?), it’s happening by itself.

One more about the the right-wing-inspired event of *last* week.

Slate, Dahlia Lithwick, 16 May 2022: The People Who Promised Roe Was Safe Are Already Selling Their Next Bridge

With many links (citations) throughout to illustrate and justify the article’s argument. Don’t count on Republicans to be honest, about anything.

So when men—because it’s pretty much always men—lecture you about what red-state legislatures—which are pretty much always controlled by men—are not going to do when Dobbs comes down, it’s most likely because they believe you to be either stupid or fundamentally powerless or possibly both.

This is all called gaslighting, and it’s a tactic of bullies, thugs, and authoritarians everywhere. The same Wall Street Journal opinion page that promised on July 2, 2018, that the court wouldn’t overturn Roe is now actively trying to cudgel the court into overturning Roe. Spectacularly stupid men gloat about the end of women’s freedom and then turn around and deride women as hysterical for worrying publicly about their freedom. Gaslighting is very much the point. When people in power tell you the precise thing you are witnessing isn’t happening before your eyes, it is done with a purpose. They are confident that if you let yourself be mollified by all the soothing talk about how, sure, you may feel (incorrectly, they will add) like they misled you at their confirmation hearings, but they are emphatically not misleading you now, then they can amass more power and more credibility to do more freedom-restrictive things with impunity in the future. 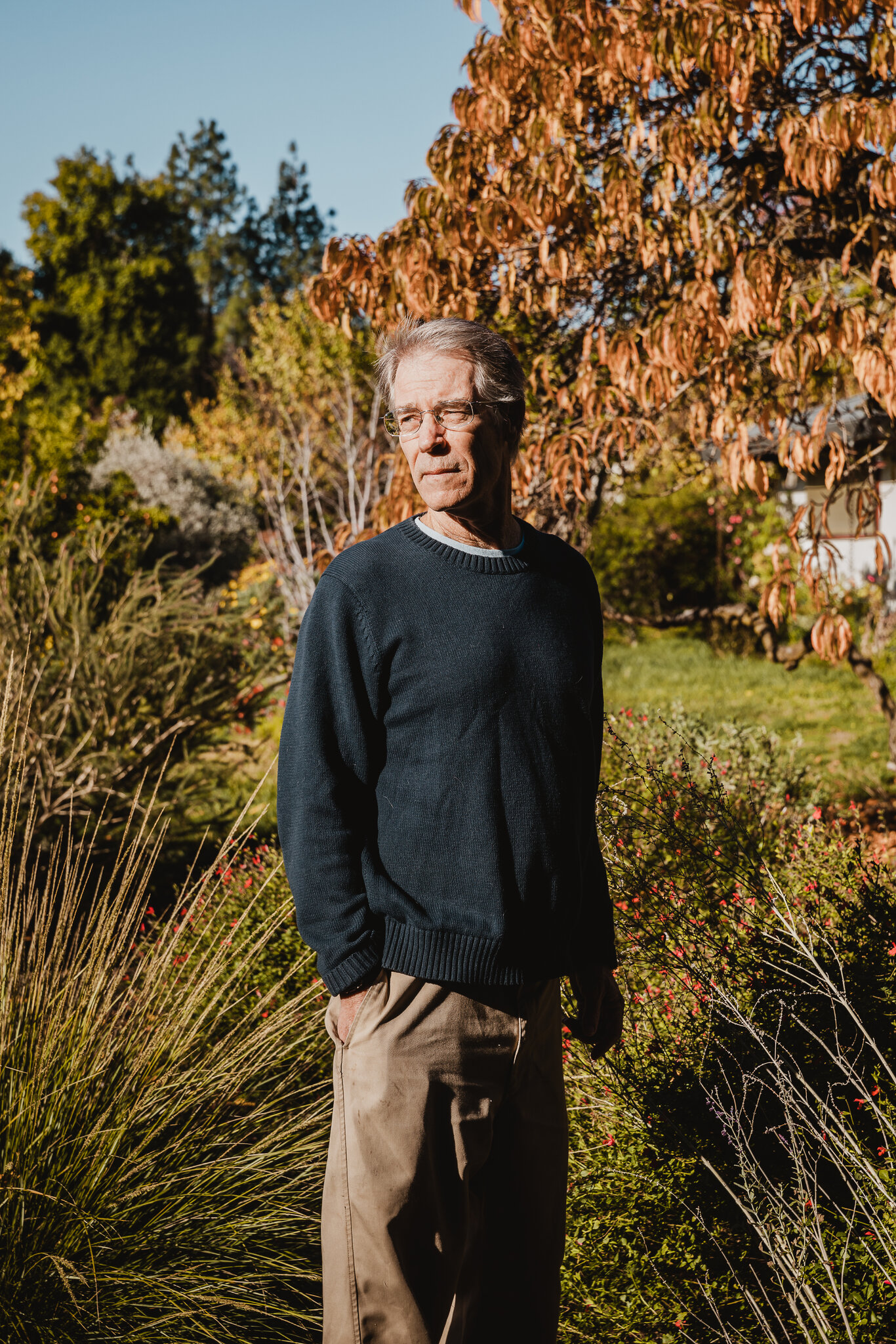 Ideology, n. An imaginary relationship to a real situation.

In common usage, what the other person has, especially when systemically distorting the facts.

But it seems to us that an ideology is a necessary feature of cognition, and if anyone were to lack one, which we doubt, they would be badly disabled. There is a real situation, that can’t be denied, but it is too big for any individual to know in full, and so we must create our understanding by way of an act of imagination. So we all have an ideology, and this is a good thing. So much information pours into the mind, ranging from sensory experience to discursive and mediated inputs of all kinds, that some kinds of personal organizing system is necessary to make sense of things in ways that allow one to decide and to act. Worldview, philosophy, religion, these are all synonyms for ideology as defined above; and so is science, although it’s the different one, the special one, by way of its perpetual cross-checking with reality tests of all kind, and its continuous sharpening of focus. that surely makes science central to a most interesting project, which is to invent, improve, and put to use an ideology that explains in a coherent and useful way as much of the blooming buzzing inrush of the world as possible. What one would hope for in an ideology is clarity and explanatory breadth, and power. We leave the proof of this as an exercise for the reader.

–from Kim Stanley Robinson, The Ministry for the Future, published October 2020

This entry was posted in Conservative Resistance, Politics, Quote at Length. Bookmark the permalink.