LQCs: Conservatives Anchoring Us to the Past 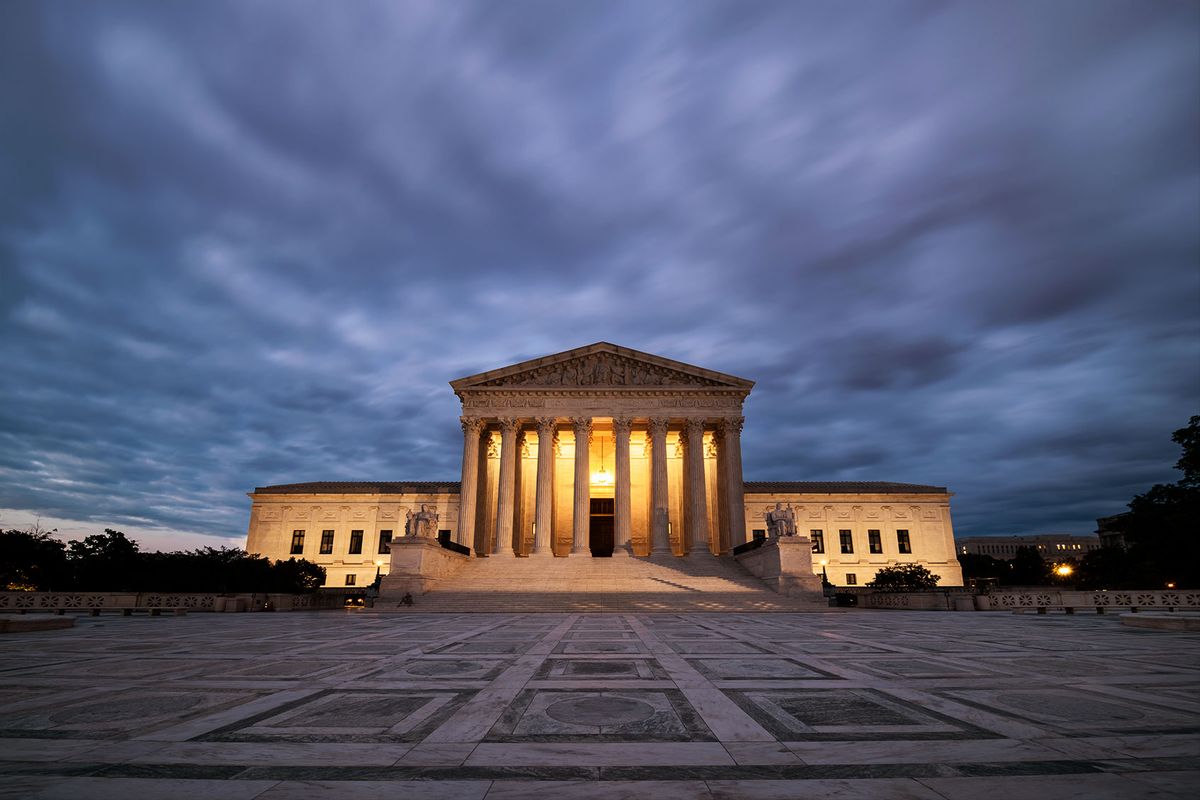 How the Supreme Court decision about Roe v Wade suggests that no laws can be made about anything that was not recognized as an issue two or three centuries ago. The US is forever anchored to past standards, it seems. It cannot learn.

The logic (if you can call it that) of the decision was predicated entirely on the notion that we should now be living by standards that made sense in 1787, and that we do not appropriately treat the Constitution as providing a moral framework from which we can work out solutions pertinent to the present.

Gay marriage and many other rights should, by this standard, fall, and most likely will.

The whole system whereby Trump appointed 3 justices and Biden likely will appoint none is ludicrous, a kind of lottery with the moral issues of our time. The fact that the justices now vote with their party rather than in the name of authentic moral righteousness is a gross miscarriage of justice.

This is the problem with law (in the current Supreme Court’s take) and of course religion: anchored to the past, refusing to modify early conclusions based on new experiences or new evidence. Presumably someone could file to have all traffic laws revoked as unconstitutional, since they weren’t mentioned back in 1787 either.

Why do the radical right-wingers hate abortion rights but love gun rights? Why do they demand “freedom” while stripping it from others? Why do they see fit to impose their minority opinions on the majority?

It’s because all of their positions follow from a hierarchical view of the world.

And he repeats “the conservative moral hierarchy” that I first posted about in April 2017:

Conservatives “believe” in the Constitution only to the extent it supports this moral hierarchy. It seems.

We should impeach every SCOTUS judge who lied during their Congressional hearing. Lying to Congress is a crime.

From around the web, today.

Slate, Jim Newell, 25 Jun 2022: The conservative Supreme Court majority: See them for what they are.

Neither [Alito or Barrett] chose to divulge that they’ve wanted to toss this thing for the entirety of their lives. No one, at least in these public comments, lied. But, especially in the cases of Gorsuch and Kavanaugh—who really needed Sen. Susan Collins’ vote!—they sure did try to create the impression that Roe and Casey would be in safe hands with them, didn’t they? What they are, in this case, are weasels. Do Democrats have a plan for what to do about the most powerful policymaking body in the country being controlled by weasels for the indefinite future? Is there one?

Slate, Christina Cauterucci, 25 Jun 2022: America Is About to Confront the Bloody Consequences of Banning Abortion, subtitled, “The sanitization of abortion talk is over.”

Unless you have a time machine, the best way to understand the era before modern medicine is to watch Republican legislators discuss abortion.

In recent years, as they have proposed more and more restrictions on reproductive rights, they have had plenty of opportunities to air their shockingly primitive theories of the female body. An Idaho lawmaker suggested in 2015 that the uterus could be accessed within the digestive tract. A Texas regulator said in 2016 that abortions are performed by “cutting open people’s bodies”—as if the uterus, even with its ready-made exit route through the vagina, required an incision to retrieve its contents. And, of course, who could forget the Missouri congressman who claimed in 2012 that “legitimate rape” victims cannot get pregnant because “the female body has ways to try to shut that whole thing down”?

Of course conservatives/Republicans don’t do nuance. Everything is black and white.

Slate, Justin Peters, 24 Jun 2022: How Fox News Reacted to the End of Roe v. Wade, subtitled, “The ruling is one of conservatives’ greatest victories, but on TV, they’re still finding ways to play the victim.”

Right-wing cable news doesn’t do victory laps. As entities that rely on a constant torrent of manufactured outrage to attract and retain viewers, Fox News and Newsmax cannot simply present the news and bask in the glow of the biggest Supreme Court win for conservatives in decades. The right-wing cable news viewer must be made to feel at all times like their values and worldview are under attack by the left, even at the very moment of the conservative movement’s greatest triumph. As such, the networks parsed the Dobbs news by spotlighting and rebutting liberal reactions to the news.

Salon, Lucian K. Truscott IV, 25 Jun 2022: Supreme Court’s legal terrorism: Appealing to “tradition” on abortion is obscene, subtitled, “Right-wing justices ran the Constitution through a search engine and took what they wanted. Is segregation next?”

What the six so-called conservatives are relying on these days are two words not found in the Constitution: history and tradition. Both are suddenly seen as absolutely necessary in determining whether certain rights deserve to be preserved. The decisions are rife with phrases like, “We then canvassed the historical record, and found yet further confirmation,” and you know what the “historical record” confirmed, don’t you? Exactly what the majority wanted it to. It turns out that in order for a constitutional right to be enjoyed by American citizens, it must be old, and the older the better. If a right existed in the 18th and 19th centuries, well, this court is fine with it. But if that right wasn’t enjoyed by the citizens of, say, 1816 — like the right to privacy, under which various other so-called modern rights exist, such as the right to purchase and use contraceptives, the right to have sex in the manner you choose, and the right to marry a person of your own sex — then those rights simply don’t exist.

The majority leaves out the inconvenient truth that abortions, legal or otherwise, have been performed since the beginning of history as we know it, and the ownership of guns and other weapons of death and destruction have been restricted by class, income, social standing and political power for just as long.

Comment: I’m actually not so much upset by the technical legalities of observing that “rights” unimaginable three centuries ago are not explicitly mentioned in the Constitution (how could they have been???) … as I am baffled and frightened by the eagerness of conservatives to pass laws to restrict the freedoms of so many of their fellow citizens. I lay the blame at the foot of religion, and its attendant simple-minded, black-and-white thinking, and its inability to learn.

And this *flaw* in American’s legal system is expressed here:

Vox, Ian Millhiser, 25 Jun 2022: The case against the Supreme Court of the United States

Subtitled: “The Court was the midwife of Jim Crow, the right hand of union busters, the dead hand of the Confederacy, and now is one of the chief architects of America’s democratic decline.”

Again, the court is political, and is beholden to the moral hierarchy listed above, not actually the Constitution.

The Atlantic, Adam Serwer, 25 Jun 2022: The Constitution Is Whatever the Right Wing Says It Is

Again, I find the essential point of the matter Solomon’s phrase:

The logic (if you can call it that) of the decision was predicated entirely on the notion that we should now be living by standards that made sense in 1787, and that we do not appropriately treat the Constitution as providing a moral framework from which we can work out solutions pertinent to the present.

Conservatives don’t do moral frameworks; they are literalists. Black and white. It makes life so much simpler. Never mind the collateral damage to people unlike them. Check that hierarchy again; only those higher up, count.

This entry was posted in Conservative Resistance, Culture, Politics, Religion. Bookmark the permalink.