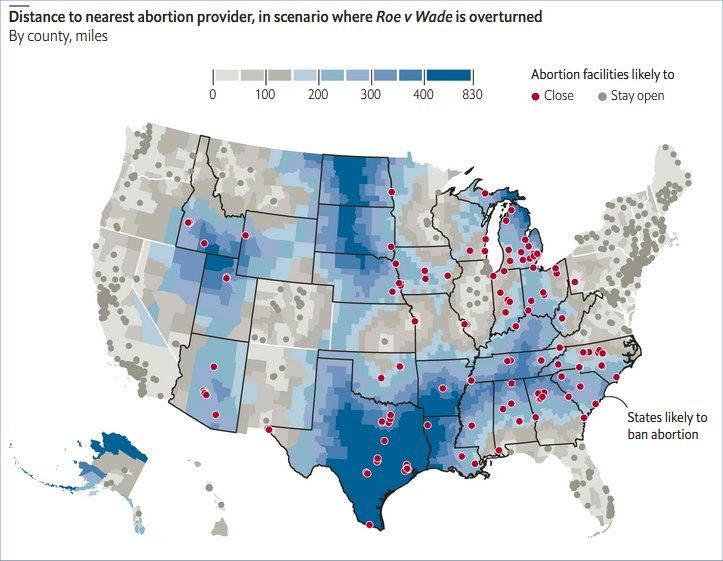 A couple of these items today echo points I’ve made in recent days.

The Economist, 7 May 2022: Religion, not gender, is the best predictor of views on abortion

Well, *of course*. Thus, the imposition of religious views on others. As Hemant Mehta says below, considering the make-up of the Supreme Court and vast portion of the Republican part, “We live under conservative Christian rule.”

And, as Michel Onfray has pointed out, tartly, in science the church has always been wrong about everything.

As religion always has.

The right-wing court wants to lock 21st-century America into the Founders’ world or, at the latest, the late 19th century, conveniently skipping past the parts of history that disfavor its cramped view of individual rights. Women, minorities, gay people and others once had little political, economic or social power. And so they will again, if the court gets its way.

Still, perhaps my prediction was off by 100 years. It’s not the 1960s to which the right-wing court wants to take us but the 1860s. That radical, extreme view virtually guarantees outcomes in conflict with diverse, modern America. The notion that liberty and equality are ever expanding is kaput. The moral universe is bending backward.

And it’s not just the court that is taking us back to the 19th century. Republicans at all levels of government cheered the decision. Former vice president Mike Pence asserted that a nationwide abortion ban should follow. This is a party of radicalism, of contempt for the modern America in which White males do not get to make all the rules. It’s a view of democracy akin to right-wing authoritarian regimes where elections (sort of) are held but individual liberty and human rights have no guarantee, given few constraints on government power.

With a 6-3 ruling by the Supreme Court this morning to overturn Roe v. Wade, leaving women’s bodily autonomy dependent on whether Republicans control their state legislatures, white evangelicals and conservative Catholics and their allies won a game they began playing decades ago when they decided abortion was a better rallying cry for their troops than straight-up racism.

White evangelicals traded their supposed principles in 2016 for the possibility of this moment. They gave up their claim to a moral high ground and got three Supreme Court justices in return. Instead of spreading the gospel of Jesus, they were more than willing to use their political power to terrorize everyone who didn’t share their “values.” So congratulations, I guess. They made a deal with the Devil, the Devil won, and preachers will be patting themselves on the back this weekend for their role in the process.

Hypocrisy has never been an obstacle for conservative Christians. There are undoubtedly countless pastors who preach against abortion from the pulpit on Sunday even though they’ve helped their own children secure a necessary abortion another day of the week. But rather than be honest about the toll a forced pregnancy would have in their own lives, they spread lies that elevate fetuses over women with the ease of pseudo-historian David Barton lying about the Founding Fathers.

This is Christian nationalism. We live under conservative Christian rule.

Some of these chuckleheads [justices] are operating under the false assumption that “originalist” is a valid basis for legal judgments.

They are not even approaching wrong from the far side.

See, the whole principle of the “originalist” philosophy is that the Constitution is engraved in stone and if it’s not in the Constitution, there’s no legal basis for it.

By that reasoning, there’s no legal basis for medicare, social security, or even an intercontinental railroad.

Point, the second. The whole “originalist” philosophy is a dead herring dragged across any responsible legal argument.

They knew — they fucking knew that whatever government they created, it would have to be flexible, it would have to adapt to the changing times. So they built into the Constitution, multiple mechanisms for the process of political evolution. They understood that the Constitution had to be a living document that future generations could adjust to fit their circumstances.

The founding fathers didn’t know from railroads, telegraphs, automobiles, airplanes, computers — but they created legal mechanisms for the government to invent appropriate regulations.

So the Constitution was designed to adapt to the needs of a growing nation. It was not designed to be frozen. So the whole fucking “originalist” philosophy is a masquerade for rolling back six generations of progress.