The Enterprise comes to the aid of an underground mining colony where miners are being killed, and machinery destroyed, by an unseen monster that moves through solid rock. 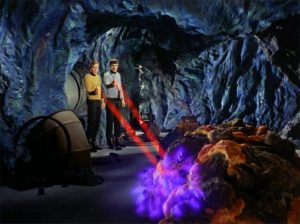