John Allen Paulos, ONCE UPON A NUMBER: The Hidden Mathematical Logic of Stories (1998)

Here’s another John Allen Paulos book, one from 1998, and one that I had not previously read. When I noticed it on the shelf a few weeks ago I realized this was now of particular interest, since in recent years I’ve become fascinated by the nature of stories and they mold our understanding of the world. 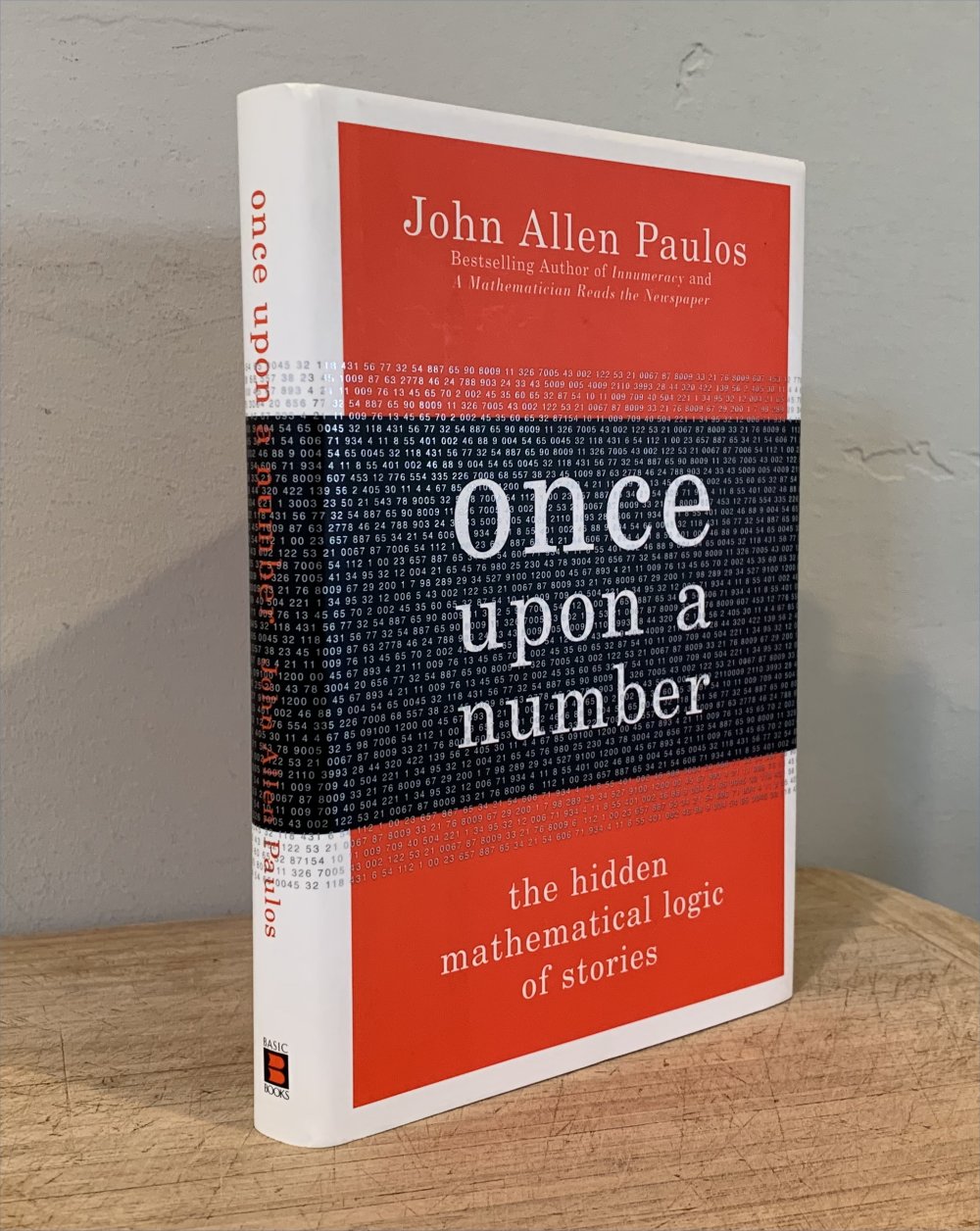 What would the subtitle of this book mean? Something about how the idea number of acts in a play is 3, or 5, for whatever reasons? Perhaps the structure of the classic problem story – try three times before success? Is there any sense in which these ideas would apply to SF more than other kinds of stories?

Well, no, no. I finished thinking the subtitle is misleading, rather as that for the Baron-Cohen (see this post) book was.

The book is like many of Paulos’ others: some general themes illustrated by copious examples and anecdotes. And the actual theme, rather than “hidden mathematical logic,” is that some ideas are best understood with statistics, others with stories, and humans have a way of confusing the two. Which is to say, the book fits neatly with the many others I’ve read about human psychological biases to impose narratives on the world, to perceive causes where there are only coincidences, and so on. But otherwise, this is a hard book to summarize. I’ll just grab some highlights, almost at random.

Comment: There’s a paradox here somewhere: most people, especially conservatives, want to see the world in black and white, and dismiss science because it’s always “changing its mind”… and yet science is the one expressed as math, ideally in specific, exact equations, whereas the ordinary world is heavily subjective. Hmm.

This entry was posted in Book Notes, Mathematics. Bookmark the permalink.