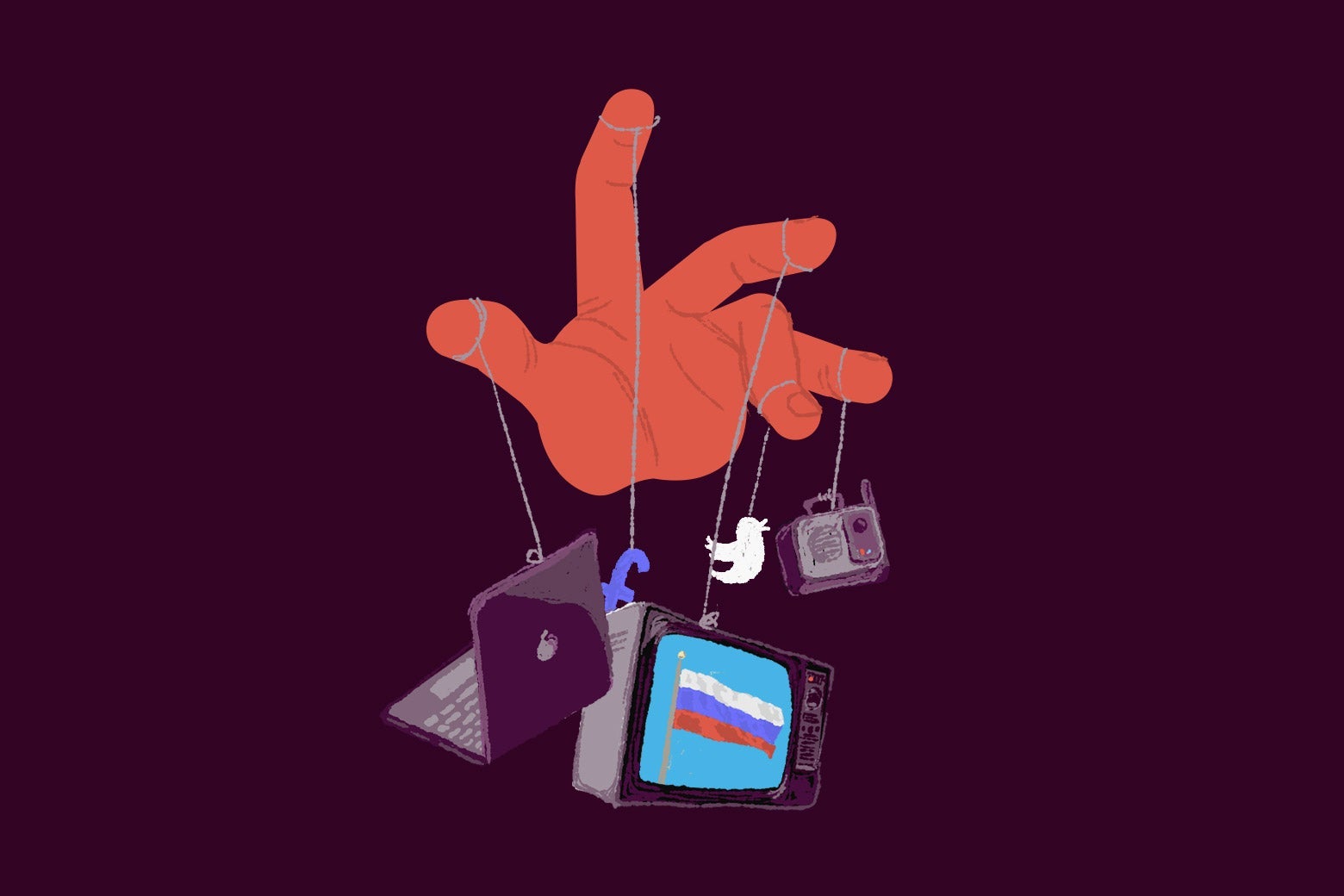 The war against truth has entered its most diabolical phase: false flag fact-checking. For several years, propaganda wings have simply masqueraded as fact-checkers to label untrue content as genuine or genuine content as untrue. Now, Russia’s invasion of Ukraine has spawned a new variant of false fact-checking, wherein the propagandist creates their own obviously fake content just to debunk it. These bad-faith fact-checks are even more difficult to dispel than those that simply lie about truth or falsity, and they are equally capable of inflicting a post-truth worldview.

This is very much like a Philip K. Dick novel — say, A Scanner Darkly. Examples in the article get increasingly trickier.

…The debunking is “correct” in that the image is in fact constructed or miscaptioned. However, the “original” misinformation story is a fabrication of the bad-faith fact-checker itself—that is, the fact-checker created the misinformation (which was never widely distributed) just to debunk it, thereby creating a misinforming fact check for distribution. This misinforming fact check is then laundered by the Russian state media, which reports the fact check as evidence that Russians cannot believe social media posts about the war.

The false flag approach from Russian propagandists aims to spread two complementary narratives: The Western press broadcasts obvious lies about Ukraine, and social media videos of negative actions in Ukraine are fabrications. The benefits of this approach are twofold. …

We can be forgiven for being confused. The article does suggest using reverse image searching to explore the source of an image. But that works only on a case by case basis.

A more general skeptical approach to avoiding misinformation would be to wonder, up front, who is benefiting from this narrative or that narrative, should it be true? What motivation would one side have to fabricate news and images, as opposed to the other? And to don’t immediately jump to one conclusion or another. A big tip off: when one side blocks anything but state-controlled media. Or when one side denigrates (“fake news”) anything but state-friendly media (Fox News). They are the sides to be mistrusted. See below…

Republicans used to be all about freedom, limited government and capitalism. [Maryland Gov. Larry] Hogan correctly pointed out that the GOP has morphed into a party that supports pervasive government and state-directed business policies. Republicans are not “taking back” America from the left; rather, they are turning against our constitutional structure and American values. Democrats would be wise to follow Hogan’s example to appeal not only to progressives but also moderates and conservatives, many of whom spoke out against Texas’s abortion bounty bill on privacy grounds.

In other words, Democrats don’t need to accept the premise that Republicans are addressing real problems or concerns with their extreme policies. They are legislating on an imaginary issue for the sole purpose of ginning up anger and stigmatizing LGBTQ families.

As I’ve said, Republicans attack imaginary problems to rile up their base and keep the votes coming, while ignoring real problems like climate change and the pandemic that they dismiss with misinformation and denial.