Two Books to Look Forward to

From reviews a couple days ago in Publishers Weekly. 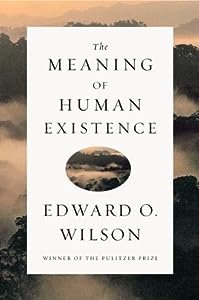 Coming in October: E.O. Wilson’s The Meaning of Human Existence.

Wilson, Harvard biologist, is one of the most intelligent people on the planet, author of On Human Nature, Consilience and many, many other books. I’m looking forward to a more philosophical summary of his worldview.

Coming in September: Steven Pinker’s The Sense of Style: The Thinking Person’s Guide to Writing in the 21st Century, from Viking.

Pinker is the Harvard evolutionary/cognitive psychologist and author of The Language Instinct, How the Mind Works, and most recently The Better Angels of Our Nature, which argues that the arc of human history is toward less and less violence, and humanity’s state is thus improving. It will be fascinating to see how he applies his intellect to ideas about effective writing.