The Republican checklist after a mass shooting:

Thoughts and prayers: Check.
This is not the time: Check.
Let’s not politicize: Check.
Guns are not the problem: Check.
Just enforce the laws we have: Check.
More mental health care: Check.
(Repeat.)

Today, after yet another mass shooting, this one in Texas, with 14 schoolkids and a teacher killed:

Why does no one ever seem to think the easy access to guns for people who are clearly not able to behave responsibly with a gun is the problem?

Have the Republicans who want to arm *everyone* thought this through, for even a moment?

So, let’s imagine a mass shooter who shows up at a schoolyard, or inside a movie theater, and starts shooting. The proverbial “good guys” with guns pull theirs out and start shooting, or the Texas teacher pulls out his and starts shooting. It’s not that easy to shoot someone and bring them down (TV/movies are misleading); that’s why police are taught to fire multiple times, and aim for the torso, not simply for the legs. The shooting could go on for a while. Now the police show up. Everyone’s shooting. Who’s the good guy, who’s the bad guy? Who to shoot?

This story is linked to the next, since both are about how conservatives/Republicans are terribly terribly concerned about children, especially when they’re “unborn,” but not so much once they’re alive and when protecting them threatens their higher priorities — guns and religion. 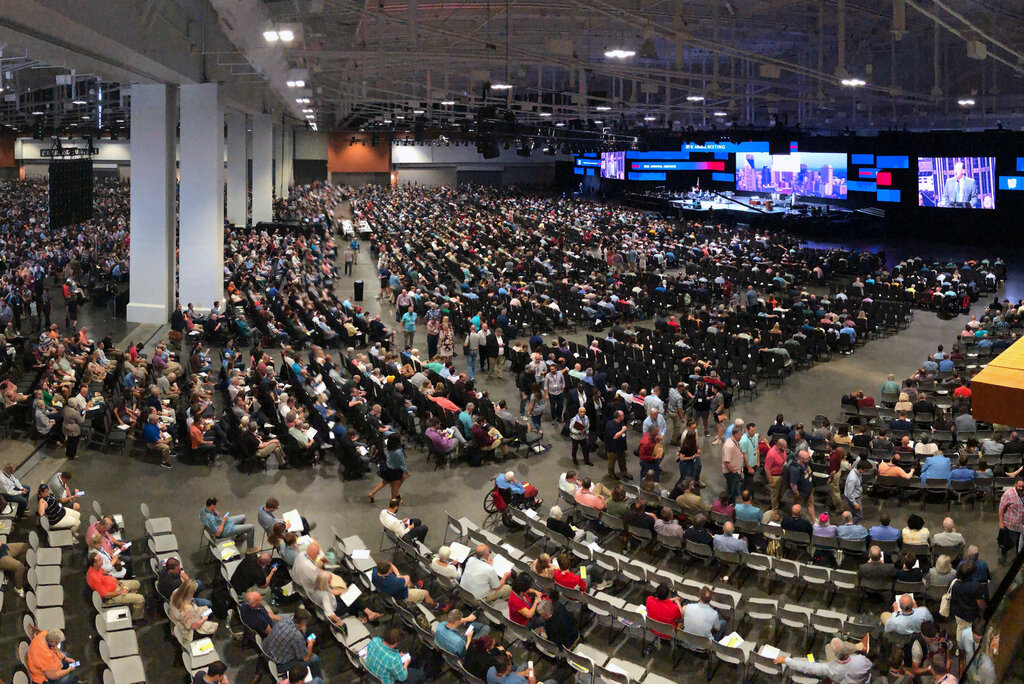 Subtitled: “The existence of the secretly maintained list was revealed in a bombshell report on the denomination’s handling of sexual abuse over the past two decades.”

The Atlantic, Peter Wehner, 24 May 2022: No Atheist Has Done This Much Damage to the Christian Faith

Subtitled: “Leaders of the Southern Baptist Convention reportedly chose to protect their denomination by hiding abuse — and then attempted to destroy the victims.”

But here’s the real point:

Washington Post, Paul Waldman, 24 May 2022: Why is the right ignoring the Southern Baptist abuse scandal?

The writer notes the conspicuous absence of conservative media response to this story.

There are few things that members of the American right emphasize more often about themselves than their deep commitment to protecting children — particularly when it comes to the threat of sexual abuse. In recent months, they’ve shown how intense that commitment is by labeling just about anyone who supports equality for LGBTQ people as “groomers” who are preparing children to be sexually abused.

So when news broke this past weekend of a blockbuster report about sexual abuse (including of children) and a coverup within the Southern Baptist Convention, the GOP and conservative movement rose up in outrage. Republican politicians such as Texas Gov. Greg Abbott and Florida Gov. Ron DeSantis demanded further investigation, QAnon adherents turned their focus to this conspiracy, and conservative media couldn’t stop talking about the story.

Actually, none of that happened.

Nothing from QAnon, Marjorie Taylor Green, Tucker or Laura or Sean, Abbott or DeSantis.

You’d think the QAnon conspiracists would be all over these stories. After all, here we have an actual conspiracy to cover up actual sexual abuse, with actual victims.

But they aren’t, and the reasons aren’t hard to discern. First, the very fact that abuse within the Catholic Church and the SBC actually happened is what makes it uninteresting to conspiracy theorists, who derive empowerment from the idea that they’ve uncovered secret knowledge the rest of the world is unaware of. Only they know the truth; their eyes have been opened while everyone else is blind. But when real journalists uncover stories of real abuse, it isn’t compelling.

Second and more important, since QAnon is a right-wing conspiracy theory, it has to locate the perpetrators of its fantasy crimes on the left: Democratic politicians, Jewish financiers and Hollywood liberals. Its adherents just aren’t interested in abuse committed by a Catholic priest or Baptist minister, because — news flash — they don’t care about children per se, only imaginary children being murdered and eaten by imaginary satanic liberals.

The SBC’s internal politics are extremely complicated, with plenty of conflict between conservatives and ultraconservatives. So it remains to be seen what kind of reforms it will undertake to stop sexual abuse in its ranks.

But we can say for sure that those within the American political right won’t pay much attention. As far as they’re concerned, imaginary abuse committed by the left is a much bigger concern.

What is it about Americans that they (some of them at least) are so, so obsessed about guns?? Even when their free availability keeps killing children? Does their need for their guns reveal that they are terribly frightened, terribly paranoid? Is it the inherent diversity that has been a part of this nation from the beginning, that makes conservatives so nervous?

How about taking away the guns and leaving the teachers and books alone? More children will stay alive, and they’ll be better people. But this will never happen.