LQCs: Stories of Religion and History and Why We Tell Them 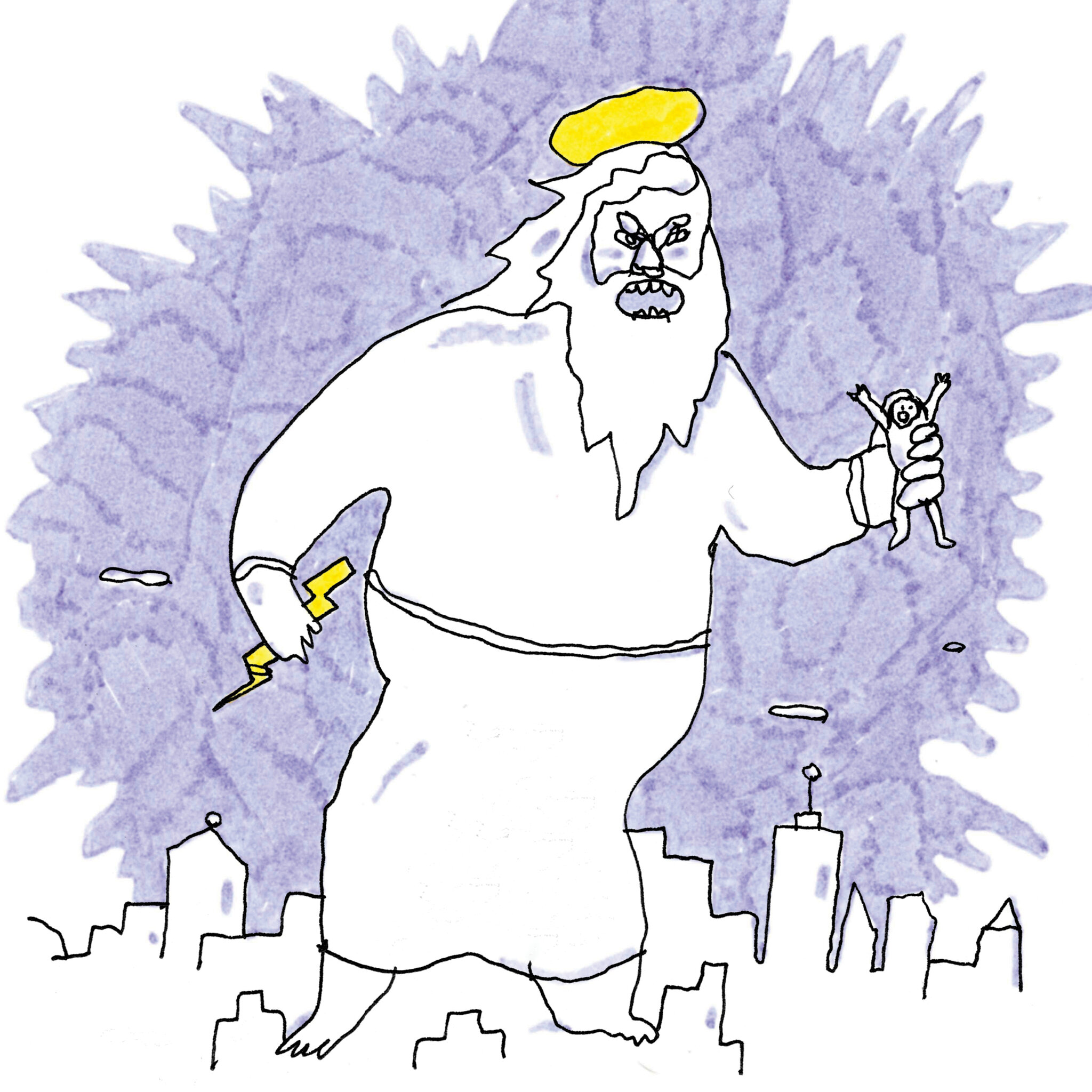 The NYT has, oddly it seems to me and others, been running opinion pieces by an Anglican priest named Tish Harrison Warren. These amount to Christian sermons, and I wonder what they’re doing in a general newspaper. NYT trying to attract new readers, perhaps? Then why not perspectives from other religions?

Today’s print paper has yet another by Warren, How a Cancer Diagnosis Makes Jesus’ Death and Resurrection Mean More, which strikes me as yet another example of how you can take a religious story and make it mean anything you want. (Not just religious stories — all stories have certain basic patterns that reflect human psychology — but especially religious stories, which like the cold readings by psychics, are sufficiently vague that they can be “interpreted” to mean whatever is desired at the moment.)

There’s even a second religious piece in today’s paper, by a rabbi, Sharon Brous, called Imagine a Bible With No Moses, No Story of the Exodus. This tells about the “Slave Bible,” first published in 1807, that excluded all references to the Exodus story — no Moses, no burning bush, no fleeing slavery — so as not to give slaves in the British West Indies ideas.

Thus, the supposed great truths of the Bible are picked and chosen, selected or ignored, depending on the audience. Like any stories are.

But the most interesting religious article in the NYT lately is one that came online today, but hasn’t seen print yet. Presumably it will be in the Sunday edition. This is In This Time of War, I Propose We Give Up God, by the writer Shalom Auslander.

The writer recalls being taught the Passover story when he was 8 years old.

To get us in the holiday spirit, [our rabbi] told us gruesome tales of torture and persecution.

God, the rabbi said, struck all the Egyptians with his wrath, not just Pharaoh and his soldiers. Egyptians young and old, innocent and guilty, suffered locusts and frogs, hail and darkness, beasts running wild and water becoming blood. Mothers nursing their babies, the rabbi explained, found their breast milk had turned to blood.

“Everyone?” I asked the rabbi. “He struck everyone?”

“Everyone,” the rabbi said.

These kids cheering on God’s indiscriminate wrath against the Egyptians sounds just like those child informants in Russia, as I posted about five days ago. Get ’em when they’re young, they’ll believe anything.

The essay’s point is:

Perhaps now, as missiles rain down [in Ukraine] and the dead are discovered in mass graves, is a good time to stop emulating this hateful God. Perhaps we can stop extolling his brutality. Perhaps now is a good time to teach our children to pass over God — to be as unlike him as possible.

“And so God killed them all,” the rabbis and priests and imams can preach to their classrooms. “That was wrong, children.”

“God threw Adam out of Eden for eating an apple,” they can caution their students. “That’s called being heavy-handed, children.”

Cursing all women for eternity because of Eve’s choices?

“That’s called collective punishment, children,” they can warn the young. “Don’t do that.”

“Boo!” the children will jeer.

*My* reaction to this piece is to wonder how any thinking adult can believe such stories from the Bible. They are both absurd, and despicable. Is that the best God a believer can conceive of?

These stories are believed by children because they are taught them at an age when children will believe anything, and the only important thing to them is learning how to be part of their family, their church, their tribe. As children they haven’t the mental capacity to perceive how absurd these stories are; they assume since their parents tell them they’re true, then they must be, and if they don’t quite see the logic of these stories, they assume they’ll figure it out later, or that it doesn’t matter.

And adults don’t disown these stories — all of these religious stories, including the Christian tales of resurrection and the Muslim tales of Mohamed — because the stories have been an essential part of those cultures for centuries, a means of binding those cultures together, which is far more important than the stories’ plausibility, let alone their truth.

To be honest with yourself, you have to step outside your culture, think your way around the problems of these stories, and think for yourself. Realize why the stories are still told, still mean something to so many people, without them being literally true.

It’s precisely the people, religious and nationalistic, who believe their culture’s stories are literally true, who fight the wars, and who oppress others.

And thus the others who understand the roles of stories, yet who allow them to be told unchallenged throughout time, are complicit in the crimes committed by those literalists.

Christian pseudo-historian David Barton has made a career out of twisting and distorting the words of the Founding Fathers and the Bible itself in defense of Christian nationalism, homophobia, and bigotry. Now he’s doing it again with the Constitution.

He’s such an egregious Christian liar that he claimed to have an earned Ph.D. that was later revealed to be a hoax. And he once wrote a book about Thomas Jefferson that was so full of misinformation that his Christian publishers pulled the book from the shelves, saying, “There were historical details — matters of fact, not matters of opinion, that were not supported at all.” (The book was ironically titled The Jefferson Lies.)

And yet conservative Christians and Republican politicians still cite him as an authoritative source of information. They all know the sort of people who take them seriously aren’t really interested in honesty. They just want someone to say, with total confidence, whatever they all wish was true.

The particular example here is almost incidental. It’s about Barton’s claim that the Constitution had to be ratified by the churches. He’s bending over backward to claim there was some kind of religious blessing to the Constitution, that the US Constitution was somehow derived from or endorsed by the Christian Bible. Motivated thinking at its finest.

As Mantyla explains, the document was ratified by state legislatures, as you’d expect, and the only reason some of those events occurred in churches was because churches were often the only buildings in town that could accommodate all the people involved, including delegates, reporters, and other prominent leaders. It was a practical decision, not a religious one.

I feel like I need to reiterate why this is so problematic. It’s not just this specific instance of misinterpreting a detail or two and blowing them out of proportion. It’s that this liar has influence over wide swaths of the conservative Christian world. Until white evangelical Christian leaders start openly and loudly admitting that Barton is making it all up as he goes along, and denouncing him completely, he’s going to keep getting away with it.

In the *big* picture of history — here’s a thought I’ve had for some time, especially since the January 6th MAGA insurrection on the Capitol — how do we know any of our history can be trusted? It’s a cliche, not entirely accurate, that history is told by the winners. Yet how do we know that the American revolutionaries, for example, weren’t crackpots like the MAGA folks are? (Again, I wonder how British textbooks recount the American revolution. I’m sure they have a very different take than our textbooks do. What is truth?)

And we’ve heard their stories of their noble rebellion and heroic battles. Is that just because they happened to win?

If the Jan. 6th MAGA crowd really had succeeded…  or if the MAGA crowds still stage a civil war, as they threaten to do, and manage to overthrow the sitting government (though I can’t imagine how this could be possible; they’re not very smart)… does that mean they’re right, that they’re the noble ones? As they would tell future generations?

Theoretically, yes. And the equivalent has likely happened before, somewhere in the world. (Cambodia; China.) But in this case, I’m not worried. The MAGA folks simply aren’t very smart. While the American Founding Fathers were well educated, smart, and they could write well.

This entry was posted in Narrative, Politics, Psychology, Religion. Bookmark the permalink.