SF L&Cs: About SF and Politics; with an Endpiece

Here’s the second SF link of the three I mentioned several days ago. I don’t have an opinion about this piece yet, since I haven’t read it; I noted it as the fairly uncommon item in the general media that discusses various science fiction works, in this case H.G. Wells’ The War of the Worlds and others, albeit with a political spin. 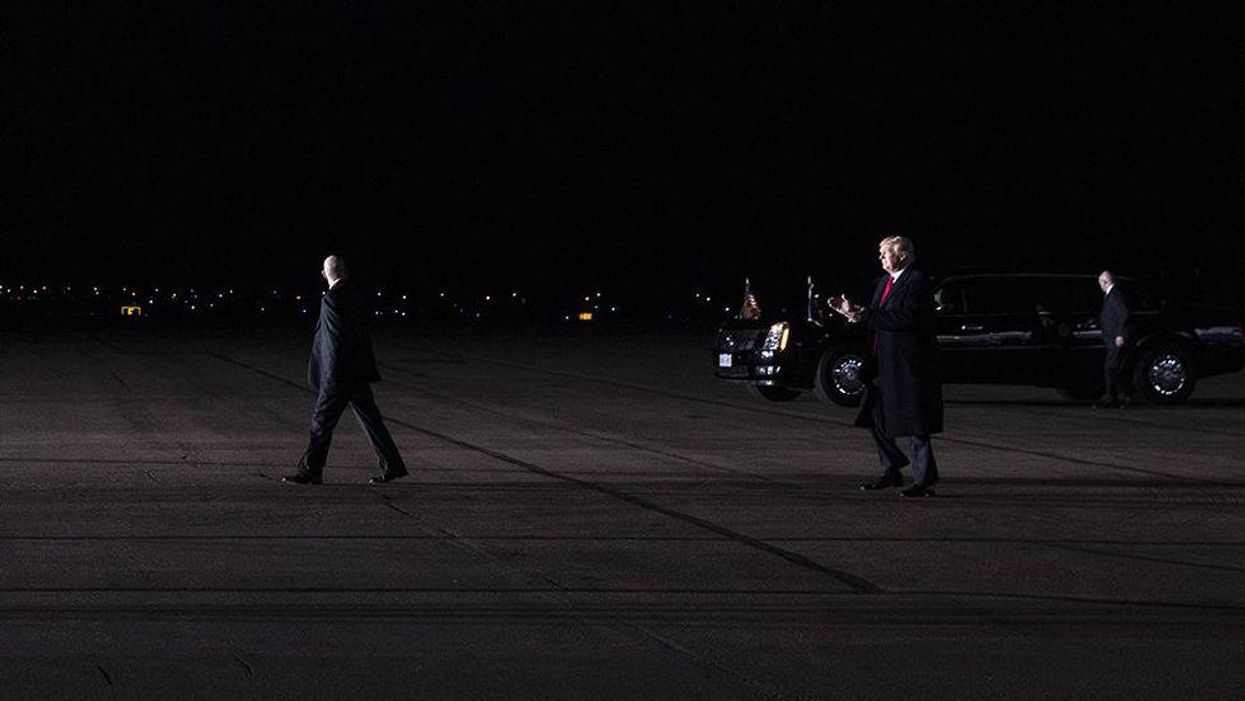 AlterNet, 23 Nov 2021, Tom Engelhardt: The dark Trumptopia we inhabit is the world science fiction warned us about.

The writer recalls his reactions to reading the Wells novel.

And sadly enough, we Americans and humanity in general seem little more effective against the various Martian stand-ins of today than the human beings Wells wrote about were then. Remember that his Martians finally went down, but not at the hands of humanity. They were taken out, “after all man’s devices had failed,” as the novelist expressed it then, “by the humblest things that God, in his wisdom, has put upon this earth.” The conquerors of those otherwise triumphant Martians were, he reported, “the putrefactive and disease bacteria against which their systems were unprepared.”

If only we were so lucky in our own Wellsian, or do I mean Trumptopian (as in dystopian, not utopian) world?

He then mentions books by Wyndham, Heinlein, and Asimov; and Star Trek. And then goes on:

As president, Donald Trump would prove to be both a Martian and a Triffid. He would, in fact, be the self-appointed and elected stand-in for what turned out to be little short of madness personified. When a pandemic struck humanity, he would, as in that fictional England of 1898, take on the very role of a Martian, an alien ready to murder on a mass scale. Though few like to think of it that way, we spent almost two years after the Covid-19 pandemic began here being governed (to use a word that now sounds far too polite) by a man who, like his supporters and like various Republican governors today, was ready to slaughter Americans in staggering numbers.

And so on. I think if I had the read the piece through before sitting down to blog, I would not have blogged it.

But that’s all I have for today.

Except for my endpiece, which perhaps I’ll make a regular thing.

Today, back to the current ‘normal’ : compiled weekly bestsellers for Locus Online this morning, as I’ve done every Monday for some 20 years (1000+ times?); compiled the reviews in the December issue of Locus (they send me an advance PDF, from which I read the TOC) into my database, and then generated the list of linked reviews the Locus staff uses on the issue’s TOC page on the website. I emailed Paul Di Filippo back and forth about his list of December review suggestions. I realized I haven’t yet posted (for approval) his November reviews–! Will do that tomorrow.

And I did my cardiac therapy.

And did further clean-up revision of this site’s Nonfiction and Science Fiction reviews pages.

Some recently captured links to articles I may or may not discuss in future posts:

This entry was posted in Politics, science fiction. Bookmark the permalink.