Something a bit abstruse for today. 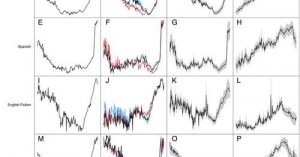 He links to an article from PNAS, the Proceedings of the National Academy of Sciences, called “The rise and fall of rationality in language.”

“The post-truth era has taken many by surprise. Here, we use massive language analysis to demonstrate that the rise of fact-free argumentation may perhaps be understood as part of a deeper change. After the year 1850, the use of sentiment-laden words in Google Books declined systematically, while the use of words associated with fact-based argumentation rose steadily. This pattern reversed in the 1980s, and this change accelerated around 2007, when across languages, the frequency of fact-related words dropped while emotion-laden language surged, a trend paralleled by a shift from collectivistic to individualistic language.”

This is reflected by the way the entire Mad Right and large swathes of the far-left are obsessed with SYMBOLISM… issues that cannot be refuted by facts and have little to do with achieving palpable outcomes, but are aimed at riling up client groups. (The absolute lack of any positive metrics should have refuted the “supply side” cult long ago.)

It’s why every night Fox & cohorts attack the nerdy fact-centered professions, now including the US military officer corps… and why I wrote the FACT Act. https://www.davidbrin.com/nonfiction/factact.html
While this semantic analysis is disturbing confirmation… it also points to possible tactics to reverse the trend.

I need to read more of David Brin’s nonfiction, especially his recent book Polemical Judo: Memes for our Political Knife-fight.

This entry was posted in Culture. Bookmark the permalink.