Blood thins. The Body fails. TOS “The Conscience of the King”

Kirk must determine if a Shakespearean actor is the same man as the infamous “Kodos the Executioner,” whose crimes Kirk witnessed 20 years before. 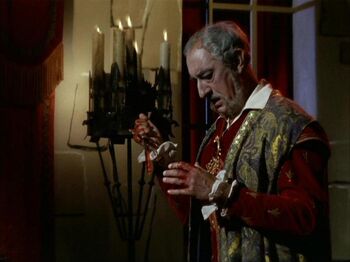